Elation ACL 360i™ in Harmony with Pentatonix on 2016 World Tour

Internationally acclaimed a capella group Pentatonix, who have been putting the harmonic sounds of a cappella music on the pop chart map the past few years, are playing to enthusiastic crowds on a 2016 world tour. Production Designer for the tour is Sooner Routhier of SRae Productions who wanted a large amount of fixtures to help paint a background for the Grammy-winning group and turned to Elation Professional’s compact ACL 360i™ beam effect light to create the look. 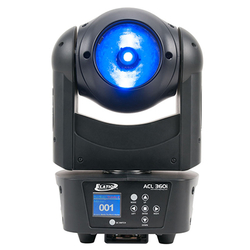 “Because Pentatonix is an a capella group, we had to make sure there was some sort of scenic and lighting,” Sooner explains of her design and the ACL 360i’s role in it. “We use the fixtures as a lighting backdrop for effects and lighting scenic. We use every feature in the light to help with the poppy effects programming for songs like the Daft Punk and Bieber medleys. At the same time, we can make them soft and use them in a simple beamy look that just sits for the softer, slower moves.” 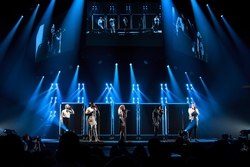 Pentatonix is a two-time Grammy winning American a cappella group from Arlington, Texas, that covers popular songs and original material through a beautiful blend of vocal harmonies. The unique vocal group has been a hit on YouTube with a Daft Punk medley nearing 200 million views, and on reality TV, winning the third season of The Sing-Off.  They meld electronic music with pop hits in a style of music that has gone platinum and is gaining fans around the world.

Working in pairs on vertical ladders from an upstage position, 72 fixtures in total, the ACL 360i’s powerful 4° beam belies its small size (13.0” high and 11.5 lbs.) with its continuous 360-degree rotation capable of creating a surprisingly full effect. The fixtures are a key element in a design that is appropriately eye-catching without overpowering the group. The ACL 360i fixtures are being supplied for the tour by Christie Lites. 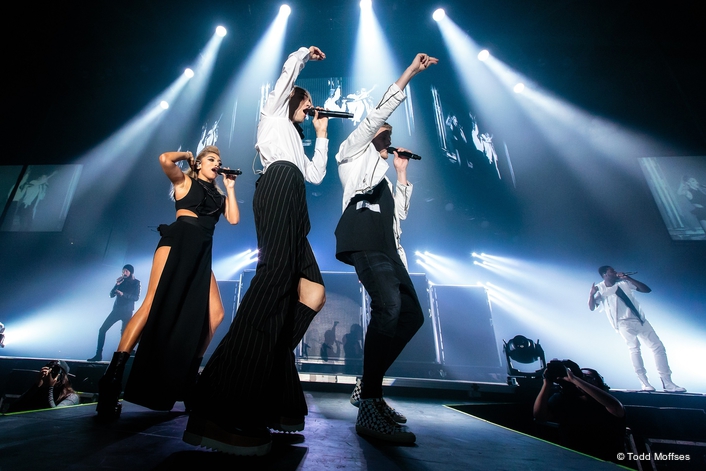 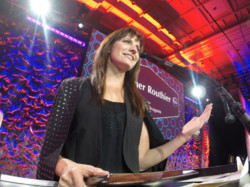 Sooner, whose design credits include top acts like Imagine Dragons, KISS and Mötley Crüe, and who  won a Parnelli Award in 2015 for Lighting Designer of the Year, praises lighting director Ian Haslauer for his work on the Pentatonix tour. “He does an incredible job focusing the ACL 360i’s every day,” she says. “Ian is a perfectionist like I am and I’m very lucky to have him on board for this project.” 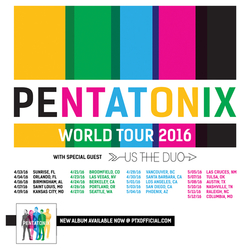 Pentatonix are touring Europe until the end of June before playing dates in Japan and Australia/New Zealand. A U.S. tour will get underway in October. 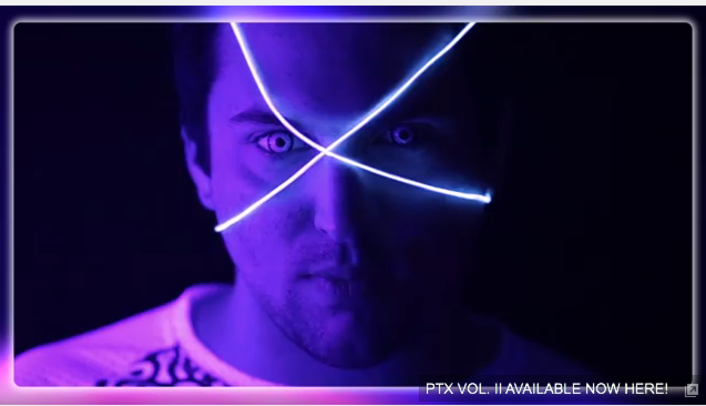