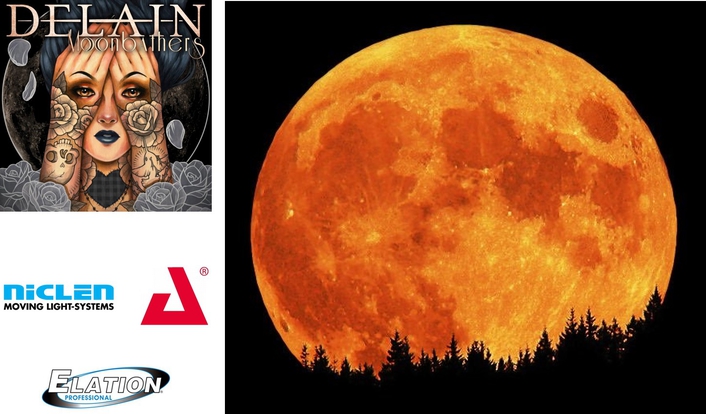 Apropos this October’s supermoon, which had celestial observers bathing in the moonlight of the largest full moon in years, Dutch symphonic metal band Delain is touring Europe this fall on a “Moonbathers” tour and using the versatile effects of Elation Professional’s ACL 360 Bar™ LED battens to complement the big-hook metallic rock show.

Lighting designer on the tour is Nick van Balen, who was looking for a powerful multi-effect light to project a variety of looks and support the band’s grandiose sound. “Dennis Bruynseels from Elation invited me to the Elation headquarters in Kerkrade (NL) to check out the ACL 360 Bar and I liked what I saw,” he said. “I liked the effects you could get out of the 360 Bars and it was there that the idea was born to use them for this tour.” 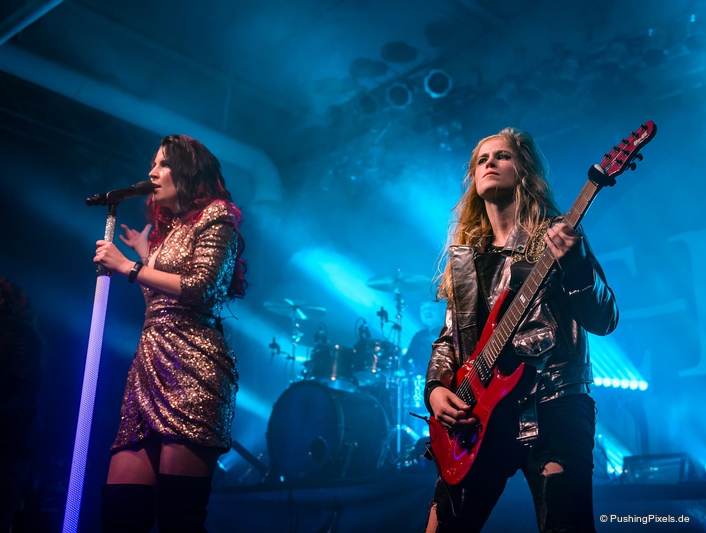 Delain came to prominence in the early 2000s as a prime example of symphonic metal with its hard-driving, Eurocore guitars and impassioned classical-style vocals, expertly done by Charlotte Wessels.

Nick uses 14 of the ACL 360 Bar effects in the design to create visual excitement and reinforce the power of the music. The look and positioning of the fixtures however has changed since the tour first hit the road in September. “First I had them on poles behind the band but it proved to be a bit much since most venues we were playing were a bit smaller than I expected,” stated Nick, who also handles lighting op duties on tour. “So now I have seven placed very low horizontally behind the band which works better. They have been perfect and we’ve had no problems whatsoever.”

The color-changing ACL 360 Bar LED battens are being supplied for the tour by Niclen Moving Lights System’s Dutch office. Niclen added the fixtures to its inventory earlier in the year as part of a larger purchase of ACL Series fixtures. “Lighting fixture types like the Elation ACL Series are very popular at the moment,” stated Niclen CEO Bodo Valasik. “We were looking for a good series of effect lights with very good ROI but with no compromises in quality, also durable enough to withstand an often tough touring environment, and the ACL Series fulfilled those requirements.”

The high-output, narrow-beam LED effects are seeing use in a wide variety of touring and special event applications, and are especially popular due to their versatility. With full 360-degree continuous rotation and a full palette of colors, a surprising variety of effects can be created from one light from continuously rotating effects and aerial looks to eye candy effects to dramatic backlighting. With 7 individual 15W RGBW LEDs and a dense 4-degree beam from each lens, the ACL 360 Bar packs a lot of effect into a relatively small package. 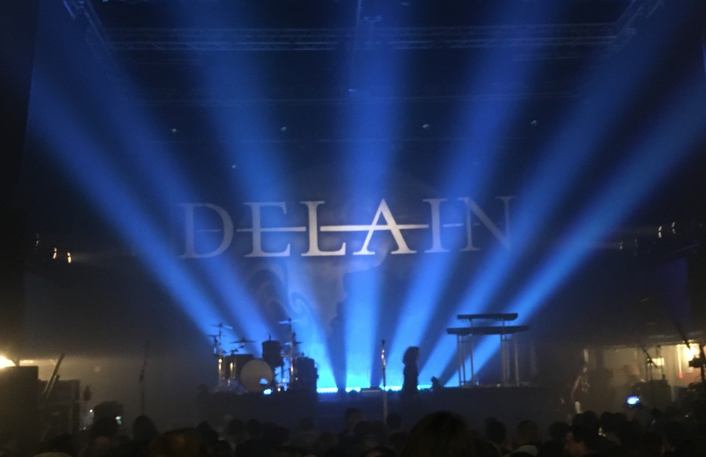 “Another great feature of the 360 Bar is the individual use of the 7 cells,” Nick said. “In combination with in-house beams or spots with a good iris effect you can easily create the illusion that there are multiple individual beams behind the band and fill the stage with beams.”

Delain is playing dates across Europe on “Moonbathers” in support of its new album release of the same name. Nick has been associated with the band for the last five years and says that working with Niclen on this current outing has been a positive experience. “The people at Niclen have been really great and Boudewijn Vossen has provided perfect service and help,” Nick says. He also acknowledges AED for their support, and especially Frank Schotman, who provided Nick a Road Hog 4 lighting console and wing for the tour.