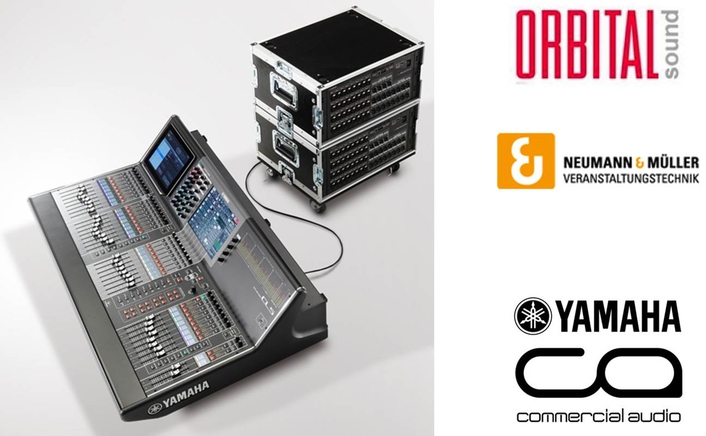 .
Launched on the first day of this year’s ProLight+Sound trade show, early pre-orders for Yamaha’s much-anticipated CL series of digital mixing consoles have massively surpassed even the company’s most optimistic expectations.

The CL1, CL3 and CL5, along with the accompanying Rio1608-D and Rio3224-D I/O racks, were undoubtedly the audio highlight of the European entertainment technology industry’s flagship trade event. Following the launch at the beginning of the first day, the Yamaha Commercial Audio stand remained packed with visitors throughout the rest of the show.

“We hoped that the CL series would attract a lot of interest, but the amount of pre-orders we’ve received has been phenomenal,” says Karl Christmas, Yamaha Senior Manager, Commercial Audio (UK). “For example, pre-orders for the CL5 had outstripped projections by two to one on the first day of the show alone.”

Over 50 high profile sales and rental companies from countries across Europe have already invested in the CL series. In the UK alone that includes a dozen major rental companies, safe in the knowledge that the new range delivers both high performance and a long term return on their investment. 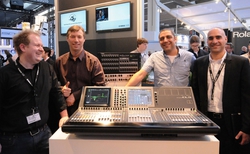 “Yamaha has a long history of producing consoles that change the way we think about mixing technology,” says Chris Headlam, Managing Director of Orbital Sound. “Products like the PM1D, the PM5D and the M7CL brought us bulletproof reliability and fantastic residual values, which are both prerequisites for running a successful rental company.

“Orbital is absolutely delighted with the new CL series - it’s a mature, fully rounded package that maintains Yamaha’s tradition for excellent audio quality and easy scalability. I am sure that these consoles will be much sought after for many years to come. We've already had numerous hire and sales enquiries and are delighted with our new additions.” 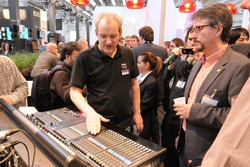 “Yamaha has offered us the first mixing platform with the full integration of an open, Dante-based audio network,” says Neumann & Müller Technical Director Michael Mandel. “For our sound department, the availability of a powerful yet simple to use network is at least as important as the purchase of new equipment because, despite increasing complexity in live audio networking systems, we are in fact given less and less time to set up mix positions, with less space at our disposal.”

He continues, ”In addition to the familiar operating interface of Yamaha digital consoles, we also appreciate the company’s reliable hardware and software design. As with all investments at Neumann & Müller, the selection criteria for the CL series not only included reliability and excellent product stability, but also economic sustainability. The CL series has an excellent price/performance ratio, backed up by Yamaha’s well-respected technical support.”

“We are very pleased with the overwhelmingly positive reaction from the market to the CL series and the high level of orders placed by EU rental companies,” adds Nick Cook, European Marketing Director, Yamaha Commercial Audio.

“We are committed to delivering products with the features that users want, high sound quality and unrivalled reliability. The hugely affirmative reaction to the CL series reassures us that these priorities are the right ones.”