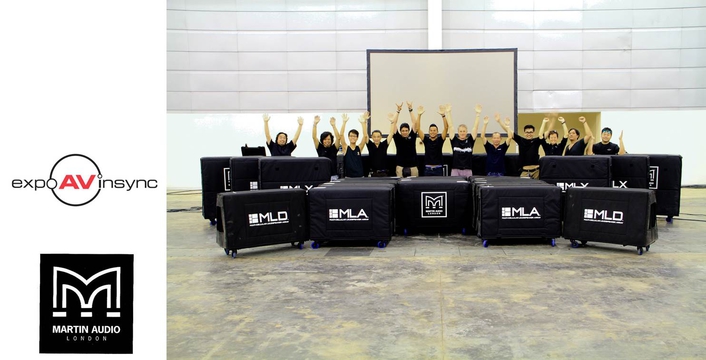 As its global reputation continues to accelerate, so the penetration of Martin Audio’s award-winning MLA multi-cellular loudspeaker array in new territories increases unabated.

This is no better illustrated than in the Far East, where this month Singapore-based EXPO AV-INSYNC PTE (EAI) significantly boosted an inventory that also includes Martin Audio W8LM Mini Line Array, by purchasing the country’s first MLA System 36 from local distributors Swee Lee. 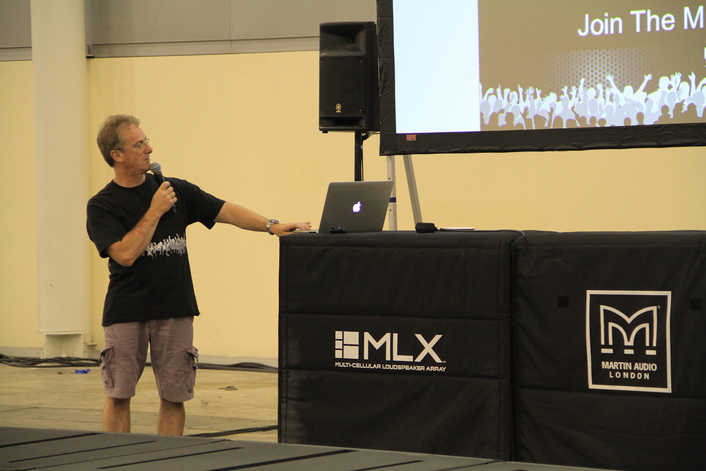 EAI Managing Director, Gerard Rodrigues, said he was proud to be the country’s first investor in the ground-breaking system. Speaking of the acquisition, he said, “We wanted a larger format, steerable array system to add on to our inventory and it needed to represent a significant upgrade. The other main reason is that the next four upcoming gigs are all rider specific.”

He says the latest purchase continues a rich legacy that began with the old Martin Audio Wavefront W3/WS2 range. “We wanted to be the first company to own MLA, but in any case, after a year’s worth of research for a new line array, this came out top in terms of sound quality/output, ease of use and what engineers most wanted.”

EAI had first heard about the system back in late 2012. “We deliberated this to ensure we had concert and corporate clients who would love it and specify it for their events. And although we had not heard it live at the time, I can’t remember the last time Martin Audio built a bad box, whether loudspeakers or line arrays.” 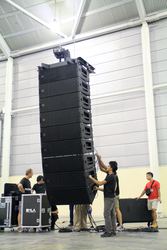 Gerard Rodrigues and his Technical Director, Desmond Zuzarte, quickly discovered that MLA’s ease of use, the output it delivers from just a 12” enclosure, and the steerability and tailored control for each different venue, made this a unique proposition.

“We met Chris Pyne, [Martin Audio APAC Technical & Training Support] through Mr. Wei Ming at Swee Lee and he gave us the added assurance that of the three brands we were reviewing this was by far the best. We then met Simon Bull (Martin Audio Director of Sales) and Andy Duffield (APAC Account Manager) — and the rest was history.

”After intensive training in late July, hosted by their venue partners, Singapore Expo & Max Atria, and conducted by Pyne, the system will debut on August 5 at the Singapore Expo Hall 1 in front of 6,000 people for a talent show.

Summing up, Gerard Rodrigues, says, “Our sound engineers are just very excited about this acquisition. From a sales point of view, the MLA speaks for itself. Aside from its output, the other big advantage is also its weight — here in Singapore, we needed a system which could deliver huge sound output, whilst maintaining a certain weight load restriction in many venues.

“Looking at how the system is selling in Japan alone, it is a choice of all concert organisers and technical directors for large scale events.”

Gerard Rodrigues says he is looking forward with relish to promoting MLA as the first system in Singapore and will be inviting key clients and concert organisers to hear it.

Meanwhile, the adventure is just beginning, as EAI are already in talks again with Swee Lee — with a view to adding an MLA Compact system.