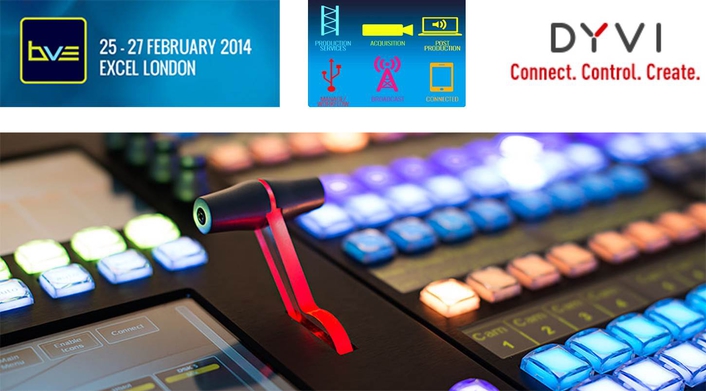 The prototype of the DYVI technology, developed by SVS Scalable Video Systems GmbH, was launched at IBC 2013. During the show it scooped the ‘Best of IBC’ accolade and was shortlisted as a finalist for the IABM awards.

Visitors to the DYVI stand will witness how the industry’s first software-based live production platform speeds up the production process and gives operators more scope for creativity. They will also be able to see how a fully IT-based infrastructure allows for more processing power without needing hardware changes, and how it enables remote operations in real-time with very low latency.

About DYVI
Dyvi Live products are developed by Scalable Video Systems GmbH (SVS) in Weiterstadt, Germany. SVS is a dedicated engineering team with a staff of very experienced experts who have been composing world famous Switchers for over 30 years, sold under brand names like Bosch, BTS, Philips, Thomson and Grass Valley. Their strength lies in the realization of technologies from the first idea to the final product which then is transferred to a contract manufacturer. The engineers at SVS very early saw the necessity to change the overall concept from hardware based switchers to a software based IT solution and invested research efforts in this idea for more than two years. Today SVS is exclusively developing products for Dyvi Live.