Dynamic Perspective expand into the UK 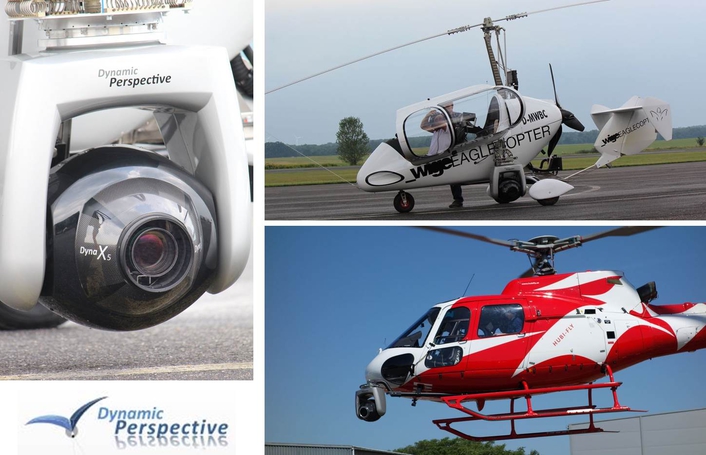 Dynamic Perspective are expanding their footprint into the UK by appointing industry veteran and cameraman Keith Harding to operate their UK commercial office, based at Pinewood Studios to the west of London. The Austrian manufacture of high-end film and broadcast 5-axis gimbals sees a lot of value in drawing on his vast expertise in the film industry.

Keith Harding has more than 25 years’ experience as aerial DoP as well as in the commercial introduction of new products to the UK. His credits are as diverse as two Olympic games, feature films, live OB’s, commercials, dramas, documentaries etc. “Keith is a great addition for us”, says Fritz, VP of International Sales. “With his experience of operating this type of high-end equipment for film and TV and his great commercial track record, Keith and his team will be able to directly assist UK clients to find exactly the right solution for them.”

The DynaX5 gimbal was originally conceived for aerial applications on helis, ultralight aircrafts and drones. Further applications include car, cable cam and crane. With Keith’s range of demo vehicles the wide range of applications can be demonstrated, for example with a fully kitted-out filming Porsche Cayenne and an electric ATV/Quad. From 2016 the world’s first CAA certified commercial gyrocopter will be added to the fleet, and due to the light-weight nature of the DynaX5 this combination will revolutionise the world of aerial filming.

Keith is excited about this new opportunity: “I have been waiting for a high quality, high speed, capable 5-axis gimbal to quite literally open up the skies to a new breed of operators and production budgets. When I met with Peter Morawitz (MD) and his team a year ago, it was clear that this was not only the product I’d been looking for, but it was a company that I wanted to work closely with during the development and launch of the product. I’m delighted to join them now and am looking forward to letting my clients see what this technology can do for them.”

Being one of the high-end 5-axes stabilisation systems with the usual precision and also capable of taking a wide variety of film and broadcast cameras and lenses, the DynaX5 has two significant advantages over the competition: At around 20kg and under €200,000 complete with control panel (excluding camera), the DynaX5 changes both the price point and types of equipment that high-end stabilisation systems can be used on. One of the most exciting platforms is the Gyrocopter. Keith says: “Without the DynaX5, high-end filming on this new breed of aircraft would simply not have been possible. This fantastically stable and safe aircraft only has an equipment payload of around 25kg which has to include the gimbal and camera/lens/controller. Previously there was no option to use a 5-axis gimbal, with cameras such as Arri, Red, or Sony. He goes on to say, “This really is a game changer and proves that there is actually a space between drones and helicopters for cinematographers and broadcasters.”

The BVE 2016 will be the first public event for the DynaX5 in the UK. Keith will be there together with technical and commercial colleagues from the head office in Austria. We are looking forward to welcome you at our stand (Number P46).