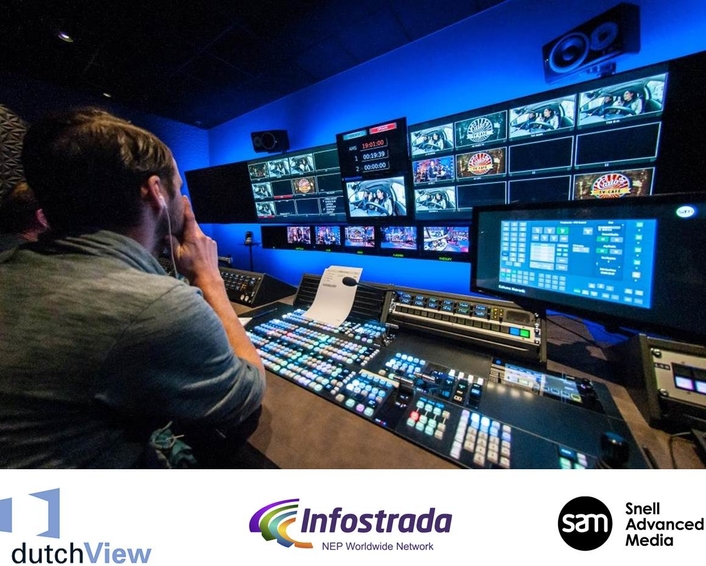 The two shows, ‘Carlo’s TV Café’ and ‘Voetbal Inside’ were aired in late November by the leading Dutch commercial channel RTL4. By making use of the Cloud Production Platform and IP connectivity, DutchView Infostrada is able to dramatically reduce on-location and in-studio resources, eliminating the need to commit dedicated studio suites, OB trucks and production teams to each individual project. Instead, all production operations were centralized on the company’s own data centers at the Media Park in Hilversum, fed by IP-streamed media over its own dedicated dark fiber-optic network links directly from the event, studio and centralized galleries.

From the new Cloud Production suites there is complete control over the production process – just as there is with traditionally. Depending on the type of production, the director can either direct from a location near the studio or from the new galleries and the directing, audio and shading suites.

Peter Bruggink, CTO DutchView Infostrada, said: “While many media companies and broadcasters are working on remote production and video over IP, we have made the leap to a cloud platform on which resources are available on demand. We researched all propositions of the main vendors. One of the key factors in our decision to choose SAM was that its solution provided the most risk-free way to continue the transition to IP in the future. I am extremely proud of this world first!” 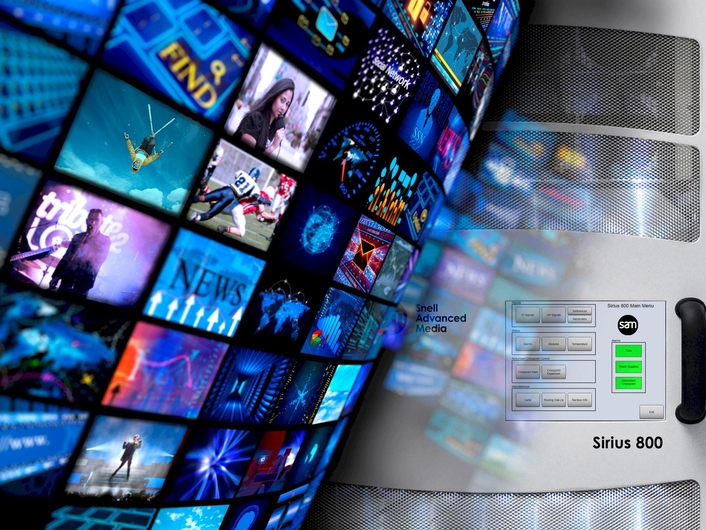 A part of the infrastructure within DutchView Infostrada’s initial deployment of its Cloud Production platform is based on SAM’s Sirius 800 routers and Kahuna switchers. This approach allows the company to realize both its early production requirements and deliver a seamless transition to an IP routing infrastructure as more IP sources become available. This will be achieved by deploying SAM’s iQ Modular units to ensure SDI sources are available to the IP router and IP sources are available to the Sirius router whilst presenting a unified control experience to the users. This delivers the company’s  goal of transitioning to an IP future, while minimizing risks to its day-to-day operations. This is unique to SAM’s technology and one of the driving forces behind DutchView Infostrada’s decision to select its solution.

Tim Felstead, Head of Product Marketing at SAM, said, “We’re delighted to have been such an integral part of DutchView Infostrada’s first live IP-based multi-camera broadcasts. Using our technology DutchView Infostrada has complete confidence that they can maintain the high production values they pride themselves on, with no interruption as they make the transition to IP.” 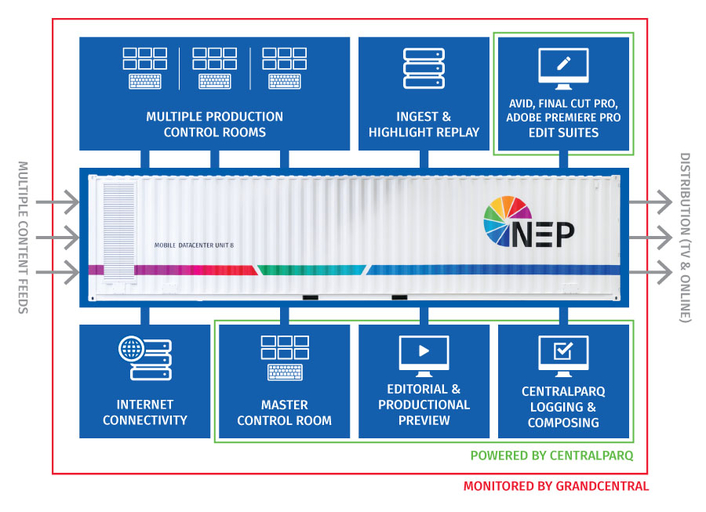 About SAM
Formed from the fusion of Quantel and Snell, SAM is a new company with a unique mix of experience and energy.  We have the vision to deliver business-transforming solutions across the media production ecosystem. Our future-ready systems enable broadcasters, content owners and service providers to evolve their business models to succeed in the consumer-driven era. We understand that it’s not only about the future – to get there, today’s needs are also paramount; our smart, agile technology maximizes efficiency and productivity in today’s rapidly changing media landscape.