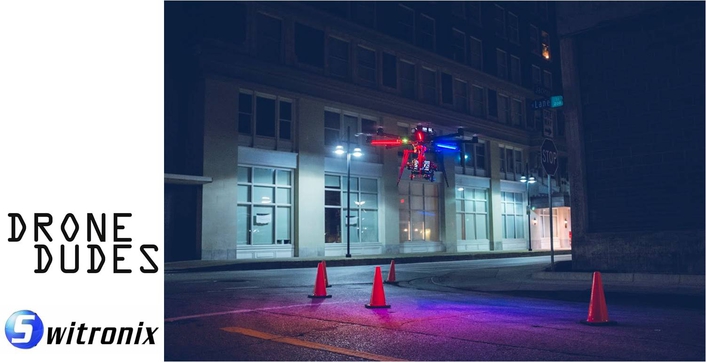 When director Andrew H. Petersen founded his Drone Dudes production company in 2005, he combined his unique experience in RC (remote control) and drone technology with his talents in filmmaking. Today, Petersen uses the Hypercore SLIM battery packs from Switronix, a leader in battery and charging solutions for the Digital Cinema and Professional Video industry, to power the array of handheld cameras for his unique aerial projects.

Drone Dudes deploys advanced cinematic platforms to capture otherwise unattainable shots from any altitude or angle. The Drone Dudes team focuses primarily on projects that utilize drones and other handheld cameras in order to properly capture the aerial footage needed for various projects. Petersen was one of the first to fly a RED camera on a drone and primarily uses Switronix’s Hypercore SLIM RED batteries to power the camera. The RED Dragon 6K carbon fiber cameras, RED Epic, RED Scarlet, and RED Weapon are the cameras being used on the drones, and all are being powered by the Hypercore SLIM RED. 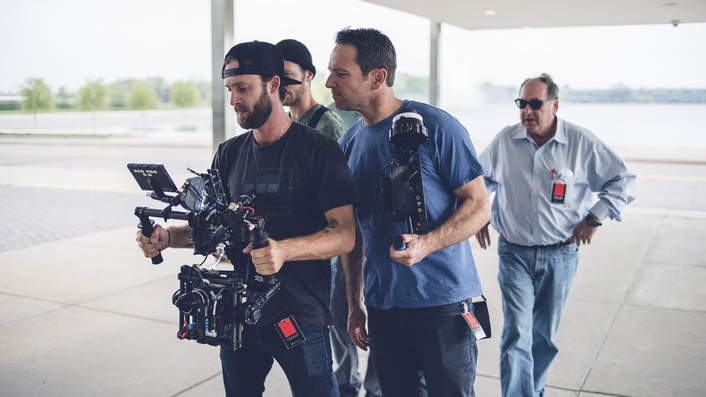 “We love the Hypercore SLIMs due to the long run times and light weight, something we did not have with our previous batteries,” says Petersen. “They are also air-travel friendly, have an LED readout on the back and continuously prove to be a great durable, long-lasting battery.” Petersen went on to explain that when working with drones, weight is a major concern, and the Hypercore SLIMs light weight and low profile proved to be a great combination for addressing any weight issues they have come across. 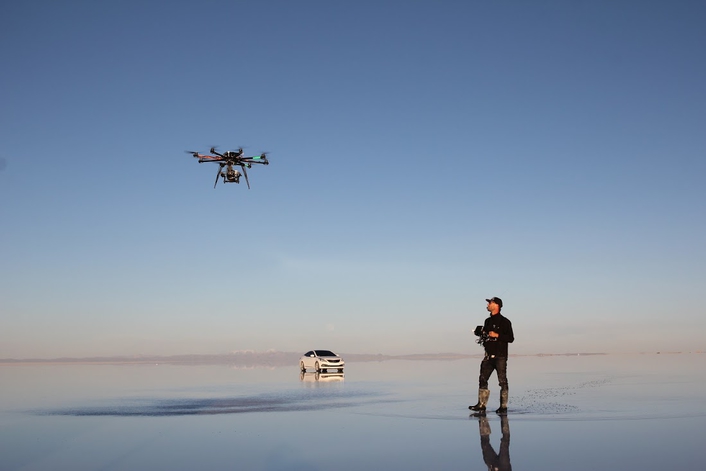 In a recent documentary on legendary architect, Eero Saarinen, Petersen captured aerial footage using a RED camera on a drone powered by the Hypercore SLIM RED. Petersen used an RC car attached to a Gimbal on the project as well, and relied on the SLIM RED once again as its power source. In order to capture these unique shots and angles, the Drone Dudes’ team needed to keep things as light as possible. “We got more power while having to carry less weight, and that was a tremendous advantage for us,” says Petersen. “With our types of shoots, we have to continuously try to minimize our weight and profile, and the Hypercore SLIM allows us to do that. When using other ground shoulder steadicams, adding a couple of ounces to those is not a big deal. If you add a couple of ounces, or a little bit of size and weight to one of our drones, it makes a major difference. So the fact that we can keep this a bit more modular and just slide one battery out and slide a new one in, makes flying the drones much easier for us.” 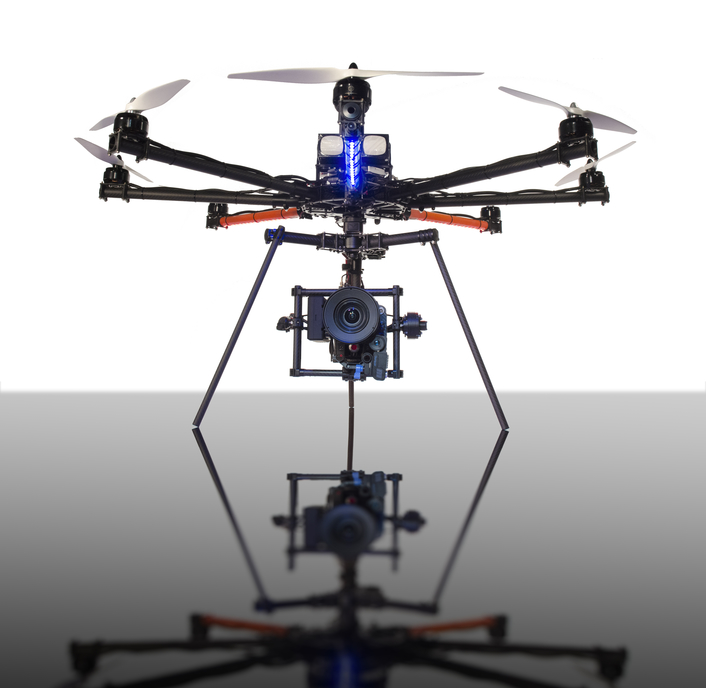 Petersen and his team note that the Switronix batteries have proven to be a great alternative to the REDVOLT batteries on the RED cameras, which are bulky, tough to change and expensive. “With other types of batteries, you have to have a ton of them,” says Petersen. “We used to need around 20 of the REDVOLT batteries and now use only a handful of the Hypercore SLIMs for our shoots.” 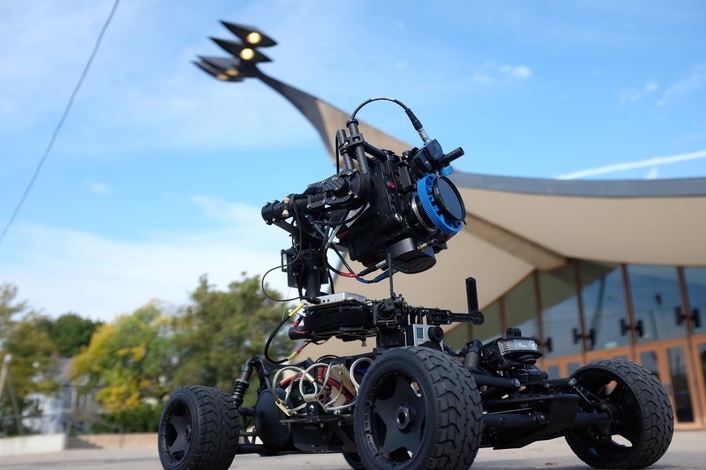 A member of the Hypercore series, the SLIM RED is a low-profile battery pack capable of handling high draw loads, perfect for powering cameras, such as RED™, ARRI™ Mini Alexa, etc. The Hypercore SLIM series was developed to provide the best in Lithium Ion (Li-Ion) technology for UAV, Handheld Gimbal and all other applications demanding a lightweight, low-profile battery pack. The batteries are capable of handling draws of up to 148w (10A) without deterioration in neither service life nor operability. This durable, 82wh v-mount Li-Ion battery pack is designed to communicate directly with the RED cameras, delivering the exact percentage of remaining capacity to the camera's VF/LCD. The battery also falls within the range of accepted capacity for air travel. In addition, the battery cells are incased in an over-molded, rubberized housing to help prevent damage from any accidental impacts that could take place when working with drones. 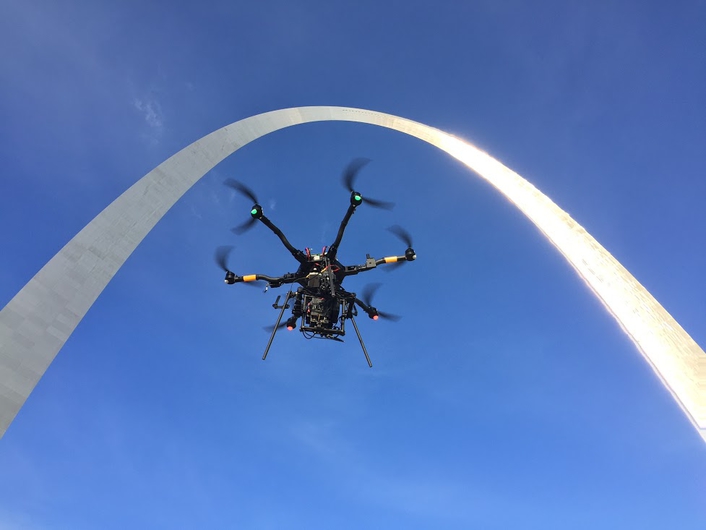 On top of the quality and performance of the batteries, Petersen says he likes the fact that Switronix is always available to offer assistance. “It gives me reassurance as a filmmaker to know that if I need help, I can jump on a phone call and talk to a real person. That is very important to me.”

About Switronix
Switronix is a leader in the market of batteries and charging solutions for the Digital Cinema and the Professional Video industry.  The company strives to continue to reinvent itself with innovative power solutions with a product line that also includes LED lighting, power regulation cables, and accessories.

Video Devices' PIX-E5 Takes Flight with Helifilm Drone
Drones at CES and on the Slope behind Marcel Hirscher
Despite Hurdles, Drones Are Taking Off