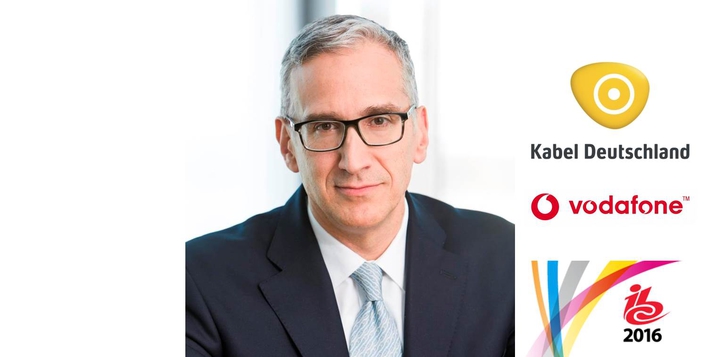 This opening session which kicks off the IBC2016 Conference will offer up insights and strategies about how he is leading Vodafone-KDG through today’s transforming media landscape.

Dr Cubero has enjoyed a long and successful career at Germany’s largest cable network operator. He first joined Kabel Deutschland in 2003 and held a variety of management positions before moving into his current role as CEO in 2014. He has also been the Chief Commercial Officer of Vodafone Germany since 2015. Prior to joining Kabel Deutschland, Dr Cubero was Managing Director of several companies in the Kirch Group, founder and Managing Director of an Internet betting company and a consultant at Egon Zehnder International for the media and telecommunications sector.

Entitled “Transformation in the Digital Era: Leadership, strategy and creativity in media and entertainment”, the conference will see more than 300 executives sharing insights on key issues at the heart of the entertainment, media and technology sector.

Dr Cubero gained an MBA at the INSEAD Business School and holds a PhD in physics from Darmstadt Technical University. He is a member of the Board of Directors of Cable Labs, Vice President of Cable Europe (European Cable Communications Association) and Vice President of ANGA (Association of German Cable Operators).

IBC is the premier annual event for professionals engaged in the creation, management and delivery of entertainment and news content worldwide. Attracting 55,000+ attendees from more than 170 countries, IBC combines a highly respected and peer-reviewed conference with an exhibition that exhibits more than 1,600 leading suppliers of state of the art electronic media technology and provides unrivalled networking opportunities.