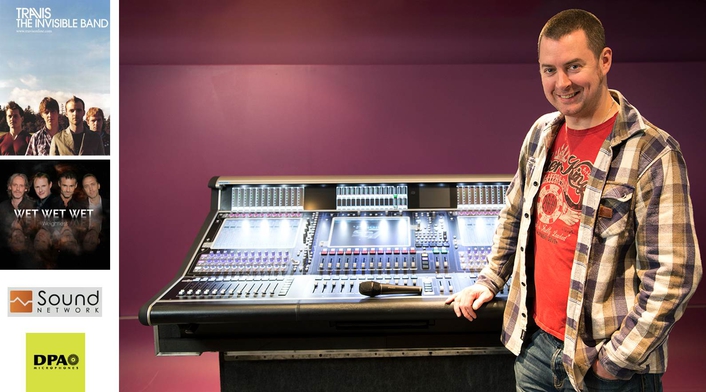 Tom Wiggans: The lead singers of Travis and Wet Wet Wet are now firm fans after switching to d:facto for their recent live gigs
Fran Healey, the lead singer of UK band Travis, and Marti Pellow, the lead singer of Wet Wet Wet, are the latest in the growing list of vocalists to switch to DPA's d:facto Vocal Microphone. In both cases the artists made the change on the recommendation of their live sound engineer, Tom Wiggans.

"I have no problem recommending DPA's new d:facto microphone because I'm so impressed with the results it has delivered for Fran and Marti – and for Dougie Payne, Travis' bass player, who is also using one for his backing vocals," Wiggans says. "Before I tried d:facto, I had tried quite a few new vocal microphones that made big promises, but always ended up going back to the microphone that people have been using for over 40 years. However, the d:facto's clarity and ability to capture the true sound source without extraneous background noise has made a real difference to the way I work. I now have much more time to concentrate on other details because my vocal fader is just vocal, I don't have to deal with anywhere near as much ambient mush bleeding into the mix."

"Rob was at one of the gigs Travis played at the Roundhouse in London, and afterwards he came backstage and introduced himself," Wiggans said. "I was already familiar with DPA having used the company's overhead and instrument mics. When I heard about d:facto I was keen to try one, so Rob arranged a demo. I didn't get a chance to try it until we were in Paris a few days later. Pablo Wheeler (Travis Monitor Engineer) and I were able to do an A/B comparison with it against the mic Fran usually used. It sounded amazing – so good that after the show I realised I was going to need better reverbs. The difference was really noticeable."

After such a positive experience, Wiggans was happy to specify two d:facto Vocal Microphones for the rest of the Travis tour, which was taking in a number of South American cities.

"I had one for Fran and one for Dougie, both of whom were delighted with the way their vocals were sounding," Wiggans says. "We then flew straight to some Scottish shows, and unfortunately all our equipment went astray so we had to borrow stuff for a couple of shows. Thankfully, our gear arrived for the last show, and as soon as the band walked on stage and spotted we had the mics back everyone was much happier. Missing something when you don’t have it is always a good indication of how good it is." 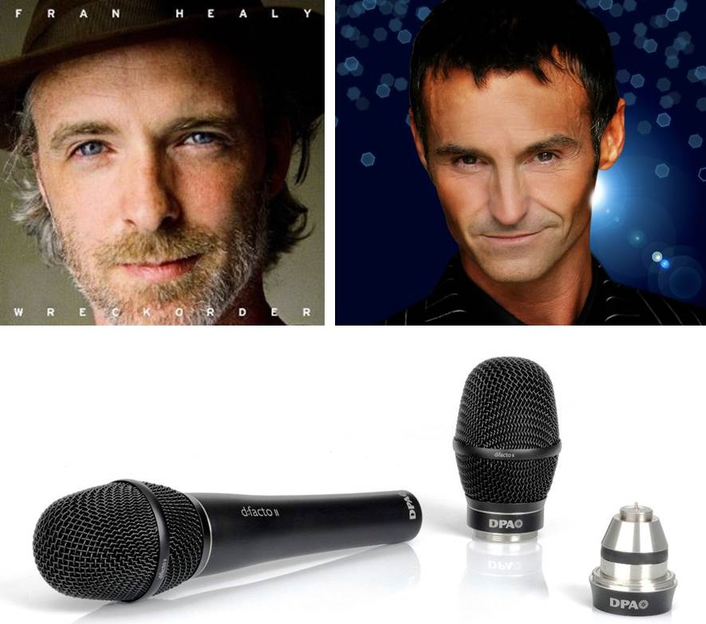 After completing the Travis tour, Tom Wiggans took his d:facto vocal microphones straight out on the road again – only this time with Wet Wet Wet.

"My original plan was to have Marti try the mic in rehearsal so that we could see how he got on with it, but he was having none of that," Wiggans says. "He wanted to try it straight away so Chris Trimby (Wets Monitor Engineer) just threw him on stage with it, blind. The d:facto sounded brilliant from the off and Marti was absolutely chuffed to bits. He liked the weight and feel of it in his hand. From a performance point of view he felt it was really well balanced."

Tom Wiggans has also been using DPA's d:vote™ 4099 Instrument Microphones to capture drums and brass. These were supplied by SSE Audio Group in the UK and used on the Travis tour.

"The minute we miked up Neil Primroses' drums with the d:vote 4099, everyone was blown away," Wiggans says. "People were coming up to me and asking what I'd done to make the drums sound so 'real'. All the attack that you get with acoustic drums was there – it sounded like you were standing right next to them, only through a PA. They were just as good on Wet Wet Wet's brass section, which tends to be quite loud. Once again there was no problem with feedback or rejection."

Both Travis and Wet Wet Wet will be playing live in coming months – Travis is off to the Far East in March/April, while Wet Wet Wet has a number of racecourse gigs lines up for the summer. For Tom Wiggans and for the lead singers, the choice of microphone is now easy.

"It will be DPA's d:facto without any doubt," Wiggans says. "From now on, when it comes to vocal mics, it's always going to be my first choice."