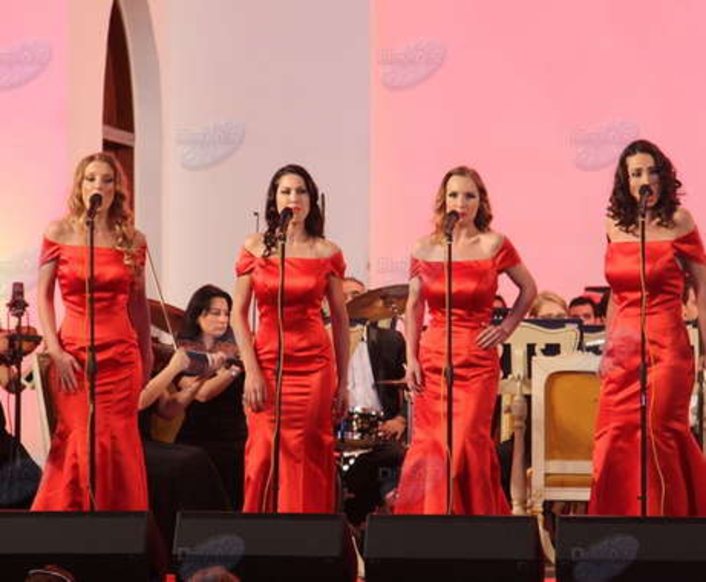 This acclaimed ensemble of Italian sopranos are now using d:facto™ Vocal Microphones for all their live dates

LE DIV4S, an Italian ensemble of four female sopranos, are among a growing list of internationally acclaimed artists who have switched to DPA's d:facto™ Vocal Microphone for their live performances.

Front of House sound engineer Simone 'Zeta' Saccomandi introduced the artists to the microphones during a recent concert organised by the Ministry of Culture and Tourism in Azerbaijan, which took place at the National Theatre of Baku Philharmonic.

"Prior to the concert, LE DIV4S spent several days in my studio rehearsing, so I took the opportunity to compare the d:facto™ Vocal Microphone with various other high-end vocal microphones," Zeta explains. "All of the microphones performed well and some were more suitable than others, but overall it was the d:facto™ that shone out. As soon as it was connected it gave me exactly the sound that I expected to hear."

Zeta adds that the 'surgical precision' of the d:facto™ Vocal Microphone also made the sound much easier to mix.

"With some of the other microphones we tried, the artists' voices were almost veiled in the mix and I had to process them to get them sounding the way I wanted," he explains. "With the d:facto™, I didn't have to do anything and that meant I could nail it in the mix. LE DIV4S and their managers also noticed the difference and had no difficulty recognising their own voices through the wedge monitors on stage." 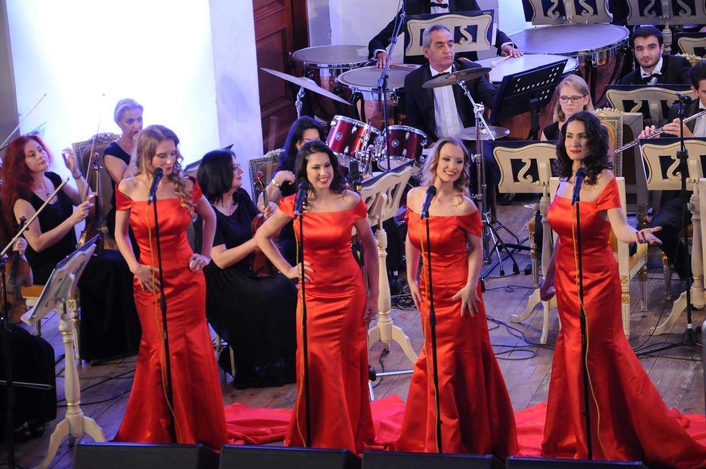 Brought together by Italian producer Francesca Volpini with the aim of presenting a new singing concept to the public, LE DIV4S combine famous opera highlights with timeless Italian and international songs. The ensemble made its debut with Andrea Bocelli in 2008 and have since gone on to perform in major venues all over the world.

The d:facto™ Vocal Microphones used for the concert in Baku were supplied by DPA's Italian distributor M. Casale Bauer. Zeta also used d:vote™ 4099 Instrument Microphones to amplify the sound of the cellos and the double bass.

"I've been using d:vote™ Instrument Microphones for many years, especially on cello and double bass," he says. "I really like them because they are so small, light and easy to install. They come with a fabulous range of accessories and are not invasive, even on small instruments such as violins. In terms of sound, they bring out the true nature of an acoustic instrument and deliver the deep, full-bodied, true low end bass that you expect to hear."

LE DIV4S have a busy touring schedule lined up for the rest of 2015 and their DPA d:facto™ Vocal Microphones will be making the journey with them. Zeta is also using d:facto™ mics in his House of Jazz studio in Rome (www.casajazz.it) at various gigs he is engineering for other artists.

About DPA
At DPA Microphones we’re passionate about acoustic truth. That’s why every DPA microphone combines ingenious audio engineering with brilliant design and is crafted with more than 200 hands-on procedures at our own facilities in Denmark: to get as close as humanly possible to honest sound.