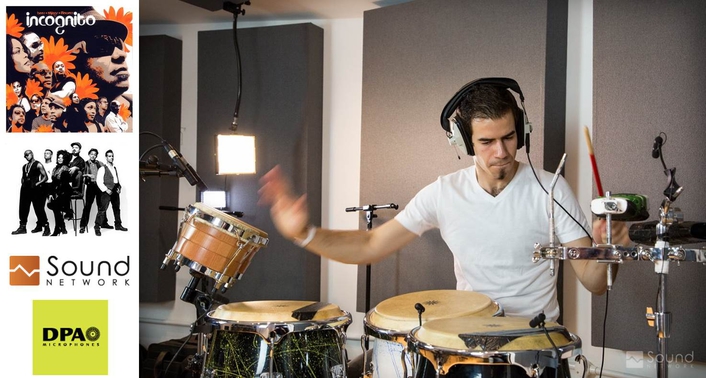 The company's d:vote™ 4099 Instrument Microphones are so essential to the band's percussionist Joao Caetano
Jazz Funk band Incognito celebrates its 35th anniversary this year and to mark the occasion the band was recently filmed at London's Shepherd's Bush Empire for a live convert DVD.

To ensure that the sound was as a tight as possible, Incognito's percussionist Joao Caetano took along his own selection of DPA microphones including four d:vote™ 4099 Instrument Microphones and a stereo pair of d:dicate™ 4011A cardioid microphones, which were used as overheads for the recording.

"Normally I use d:dicate™ 4011A Cardioid microphones for studio work and rely on the d:vote 4099 Instruments Microphones for live performance. But on this occasion we were recording audio for a DVD so I supplemented the line-up with the d:dicate 4011As because I wanted to capture the best sound possible. Our front of house engineer, Chris Lewis, was very happy that I had brought them out of the studio for the task. He always insists that I use my DPAs on all our gigs."

25-year-old Caetano is a fully fledged member of Incognito having joined Jean Paul 'Bluey' Maunick's band in 2010. Originally from Macau, he came to the UK to study Music at Chichester University. Since graduating he has worked as a professional percussionist in the UK and has also composed and recorded music for television. Alongside his Incognito projects, Caetano has also worked and performed with the likes of Chaka Khan, Leona Lewis, Jessie J, Dionne Bromfield, Mario Biondi. 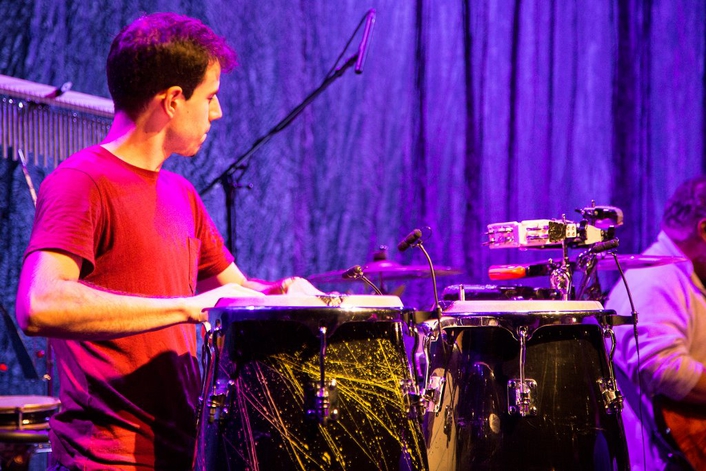 "Although I am primarily a percussionist, I am also very melodic because I studied violin for 12 years and guitar while I was at university," he says. "I incorporate an awareness of other instruments into my work and I do like to capture the best sound possible, both in the studio and on the live stage. This is the main reason why I invested in my own selection of DPA microphones – in my opinion they are the best microphones in the world. They wipe the floor with everything else."

Incognito tours every year and 2014 is no exception. The band are currently performing at various venues around Europe and Caetano takes his trusted d:votes with him wherever he goes.

"I use them on my congas and bongos because they deliver a really crisp, clear sound," he explains. "They are very reliable and, of course, very portable because they are so small. I love the fact that they are well engineered and that they can be used on a range of instruments thanks to the clips that DPA has designed for them. Everything about them is good – even down to the cables and the case they come in. Compared to other microphones, they are streets ahead and once you have tried them you never go back to anything else." 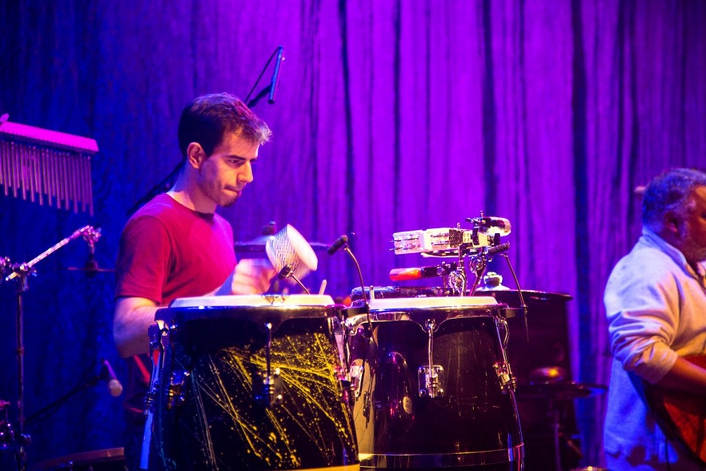 Joao Caetano is also working on a solo album project and says this will be recorded with DPA microphones because he wants it to sound 'beautiful'.

"I'm playing guitar on this album and I'm definitely using my d:dicate 4011A microphones to capture that," he says. "I have also been recommending DPA microphones to other musicians that I work with and am more than happy to point them in the direction of DPA's UK distributor Sound Network, who were a great help when I was buying my own microphones."