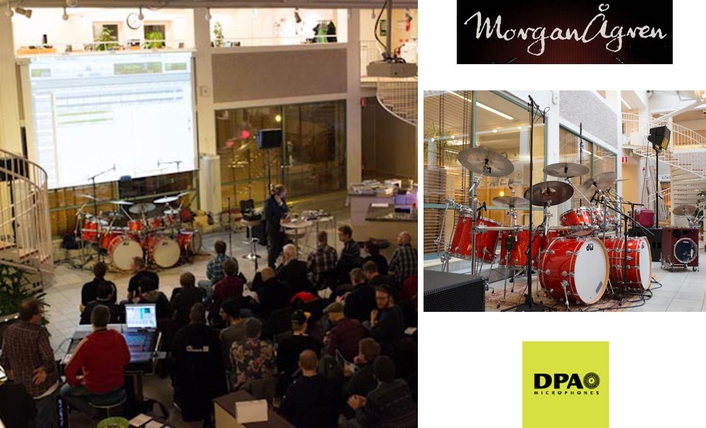 The Grammy Award-winning drummer from the Mats/Morgan Band uses DPA 2011 Twin Diaphragm Cardioid Mics to achieve the ultimate
DPA Microphones played a vital role in helping nearly 100 studio engineers get to grips with the black art of miking a drum kit during a workshop seminar given by Grammy award-winning drummer Morgan Ågren.

“The aim of this workshop was to show how to record and mix drums and percussion,” Morgan Ågren explains. “There was a strong focus on sound ideals and I used examples from my own Pro Tools sessions, with and without software plugins, to demonstrate the points I was making. I also played some CDs that I have mixed and some that I simply find inspiring.”

Ågren used a DPA d:vote™ 4099 Instrument Microphone on his kit-pig compact drum kit. To demonstrate transient response he conducted a test with a similar microphone from another manufacturer and the audience reaction to the DPA d:vote was incredibly positive. He also explained the advantages of having as few different types of microphones as possible so that the sound blended together better. His personal preference is for DPA microphones, which he likes to use for all of the instruments he is recording. 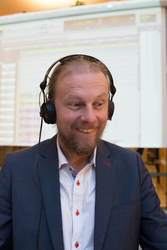 Ågren also discussed the importance of recording as cleanly as possible, and referred this back to his own experiences where he is often recording for people who are not 100% sure of the character they want for the final version of the track. He explained that it was important to leave that decision to the person who was going to mix the track so that they could decide on the sound they wanted.

“I always use DPA microphones because they sound better than any other mike I’ve tried,” Ågren says. “They even sound better on the snare, which is rare for a condenser mike. I now own 12 DPA microphones and during this seminar I was happy to tell the audience why I like them so much.”

Born in Umeå, Sweden, Ågren has been a drummer since the age of four and first performed live when he was seven. In conjunction with blind keyboardist Mats Öberg, he formed the Mats/Morgan Band in the mid-1990s and began releasing CDs on his own label, Ultimate Audio Entertainment. The band has subsequently toured in Europe, Asia and the USA where Ågren and Öberg’s superb playing ability has amazed progressive jazz/rock audiences. 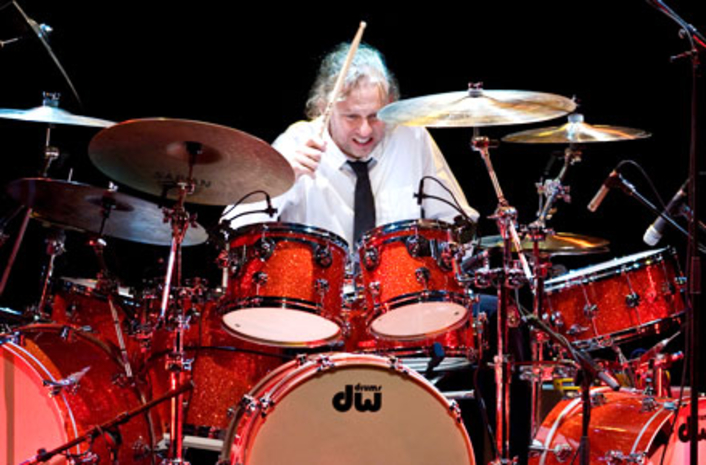 As a drummer, Ågren has also played and recorded with many internationally acclaimed artists including Frank Zappa, Bill Laswell, Steve Vai, and Mike Keneally. He was also voted No.1 in Modern Drummers reader’s poll in the Fusion category and is widely admired by professional drummers on both side of the Atlantic.