DPA Microphones Gets a Dose of Reality on Rising Star 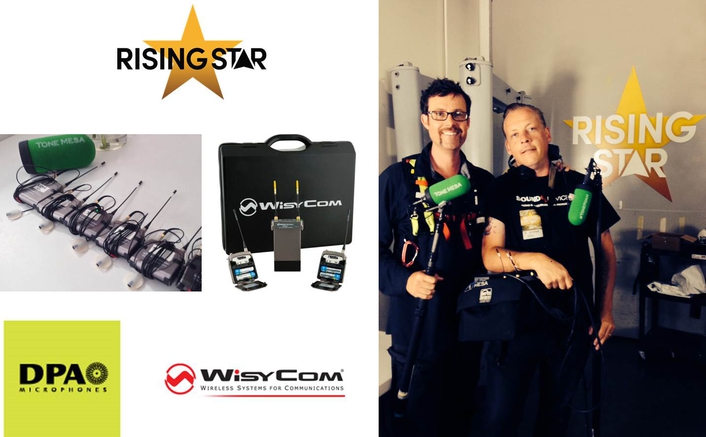 With behind-the-scenes competitor interviews, commentary from host Josh Groban and mentoring from the likes of Ludacris, Kesha and Brad Paisley, Rising Star incorporates significant moments of dialogue in addition to the performances. In order to account for the show’s various ENG and reality needs, McCoy simultaneously uses the d:dicate 4017 and d:screet 4061s to give the post production team the ultimate choice in audio dynamics.

Using the d:screet 4061s with the Wisycom transmitters is a first for McCoy, a long-time enthusiast of DPA Microphones. New York-based Gotham Sound supplied the one dozen d:screets and beltpacks for Rising Star. McCoy chose the d:screet 4061 because it has a lower sensitivity and can handle 144dB SPL, which allows him to avoid distortion on the powerful singing voices. In addition, post requires vibrant-sounding mics that can be concealed, and DPA was the perfect solution.

“Wisycom’s transmitters are essentially the Ferrari of wireless,” adds McCoy. “I’ve been using DPA d:screets for years, and now I’m hearing them with new parameters. Since the transmitter is equipped with an AF input mic powering at 5.5 V, as opposed to the standard three or four, we can get an enhanced dynamic range and improved frequency response from the microphones. It’s been a real ‘ear opener,’ if you will. Using the d:screet 4061s and transmitter with a 24-bit 96 KHz A/D and D/A converters gives me a sound that makes me feel like I’m back in a recording studio while I’m in the field. It’s really interesting to me to find that, with proper amplification, DPA mics can give you so much more.” 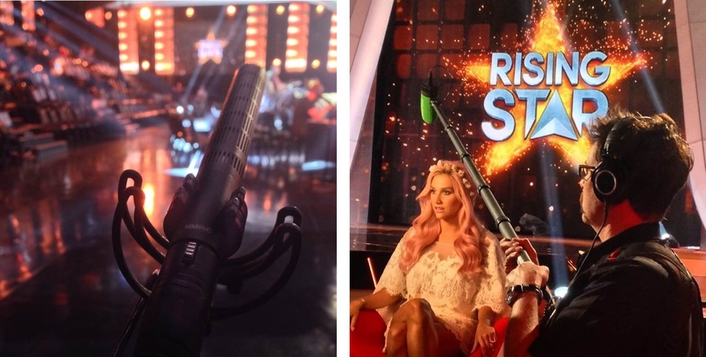 The d:screet 4061 also makes it quick and easy for McCoy to swap users between a dialogue setup and a vocal arrangement. “The fact that I can use this mic for both styles is super effective,” he says. “I don’t need more gain and additional compressors, and I don’t have to slam on another limiter; I just need fade up and fade down. It’s freeing to be able to have a mic and transmitter combo that works so well together. I’ve been wondering for years how it is that European broadcasts sound so much better than here in the states, and I think I found the secret.”

Rising Star is based on a new format in which the audience judges the contestants in real-time through social media across three time zones. Voting is conducted  through Facebook and Twitter to decide if a competitor moves ahead in the show, right in that moment.

Currently the owner and operator of ToneMesa, Inc., a location and post audio company based in Los Angeles, McCoy has received two Daytime Emmy Awards for “Best Live Audio Mix to Tape” for his work on the Ellen Degeneres Show and a Grammy® Award nomination for “Best Engineered Album” for Brian Wilson’s first self-titled solo project. In early 2008, McCoy became one of the youngest members to join the Cinema Audio Society.