.
DPA Microphones is commemorating 20 years of developing high-quality microphones for the pro audio industry. Founded in 1992 by Morten Stove and Ole Brosted Sorensen, two audio passionate former employees from the measurement company Brüel & Kjaer (B&K), DPA Microphones has always made it a point to create microphones of the highest possible quality. Today, the DPA Microphones line includes vocal, instrument and studio microphones, as well as broadcast and surround-sound microphones that can be found in venues throughout the world and in use by a plethora of famous artists.

Originally known as Danish Pro Audio, the company’s first offerings included studio microphones. Later, the company branched out into other types, such as miniature vocal and instrument microphones, while always maintaining the high-quality audio for which the brand was known. The company’s ability to develop such equipment grew from a working relationship with hearing-aid manufacturer Muphone. The technology needed to recreate the human voice in a small compartment is an ideal solution for the pro audio industry, and one with which Muphone was very familiar. 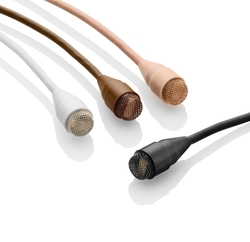 The first microphone on which DPA and Muphone collaborated was the DPA 4060, the company’s first omnidirectional miniature microphone. It was used in broadcast and theater environments and soon gained success as a small, but extremely well-sounding microphone that could be hidden in clothes and wigs and attached to instruments, among other uses. This groundbreaking product led to the development of the DPA 4066 miniature headset microphone in 1998, which soon was regarded in the professional audio industry as the standard in headset microphones.

Evidence of more background noise on stage, which created an uncontrolled recording environment, drove the decision to create high-quality miniature microphones. This shift in musical characteristics required microphones that were directional rather than omnidirectional. The partners pushed the audio limits in 2004 with the introduction of the DPA 4088 directional headset microphone. 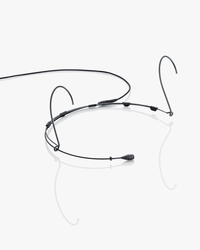 Always seeking to continue to develop and improve on its line to adjust to the market changes, DPA Microphones have developed many groundbreaking technologies. Most recently, the company released several new microphones that have already been well received in the industry. These include the d:fine™ series of headset microphones and the d:facto™ vocal microphone. The company also recently announced the rebranding of its popular 4099 live instrument mic series—now known as d:vote™ 4099.

In addition to its headquarters in Denmark, a subsidiary in the U.S. and a sales office in China, DPA serves its customers through its channel distribution network in more than 50 countries. These dedicated partners provide local support to the company's worldwide customer base and are a vital key to DPA's continued success. 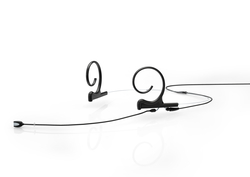 “DPA Microphones has always strived to create top-of-the-line products,” says Christian Poulsen, CEO of DPA Microphones. “We know that above all else, a microphone has to do the job it is intended to do. It has to be versatile, durable and easy to use. DPA is committed to the assurance that our microphones will work right, every time. In the last 20 years, we have continued to develop cutting-edge ways to make an audio tech’s job easier and faster, always aiming for the highest sound quality. Innovation, reliability and service have been trademarks of DPA Microphones since the very beginning, and we intend to keep creating products that embody these traits.” 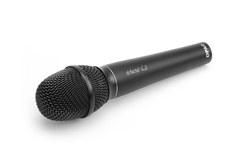 In the last 20 years, DPA Microphones have been found in the studio and on stage with such international recording artists as Katy Perry, Michael Bublé, Robbie Williams, Michael Jackson, Stevie Wonder, Herbie Hancock, the Rolling Stones, Sting, Seal and Nigel Kennedy, as well as Montserrat Caballé and KLF. Such venerable broadcast institutions as the BBC, Danish Broadcasting and the RAI rely on DPA Microphones, while world-famous venues and studios such as the Hollywood Bowl, Abbey Road, Galaxy Studios and Peter Gabriel’s Real World, as well as the Sydney, Gothenburg, Copenhagen, Oslo and Helsinki opera houses have made DPA Microphones as one of their premier mic suppliers. Large musical groups, such as the acclaimed Boston Symphony Orchestra, have opted for DPA’s line of instrument microphones for all performances. At the same time, DPA continues to dominate the stages of London’s West End and New York City’s Broadway shows.

ABOUT DPA
DPA Microphones A/S is the leading Danish Professional Audio manufacturer of high quality condenser microphones and microphone solutions for professional applications in studio, broadcast, theatre, video/film and sound reinforcement environments. All DPA microphones and components are manufactured at the company’s purpose-built factory in Denmark.