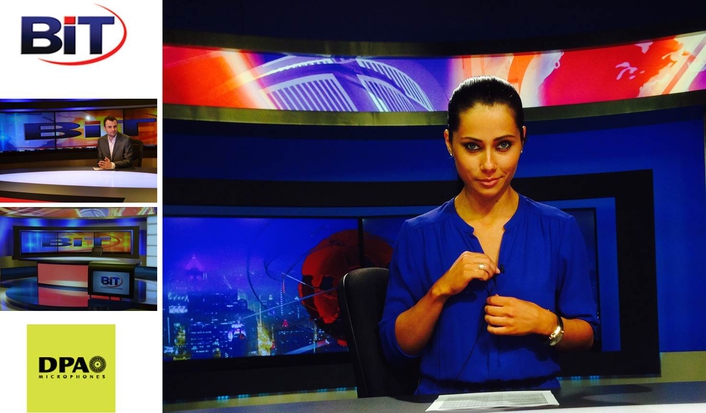 Major US-based Bulgarian TV station relies on d:screet™ 4061 Omnidirectional Miniature Microphones for all audio needs
Bulgarian International Television (BiT), a Chicago-based TV station serving Bulgarians in the U.S., is using DPA Microphones to fulfill the audio requirements for all of its programs. With several of the company’s d:screet™ 4061 Omnidirectional Miniature Microphone integrated into its live production process, the station relies on the mics around the clock to ensure clear audio for every show.

As their name suggests, the DPA d:screet mics were selected for their ability to be easily concealed on the wardrobes of news reporters, television personalities and guests.  According to George Simeonov, technical director at BiTelevision, the station had no immediate urgency to update its audio equipment, but the sound of the d:screet 4061 mics during a recent live demo was impressive and noticeably clearer than what he had been using at the station, and thus quickly became a must-have audio solution.

“We weren’t in need of replacing our previous mics, but we weren’t satisfied with the sound they produced either,” shares Simeonov. “Before switching to DPA, we had to use a ridiculous amount of EQ and compression to get the sound levels just right. Now, with the d:screets, we see a huge difference, using little to no EQ, resulting with a great sound. As soon as we received them, it was instantly a plug-and-play situation with our existing gear, they are that easy to use.”

Since all DPA mics are designed to work with most popular wireless systems, the integration of the d:screet 4061 with the station’s current clips and wireless beltpacks was just as simple as the initial setup. The small yet powerful microphone is used to produce audio for a variety of programs, which includes newscasts, medical segments, children’s shows and sports broadcasts. 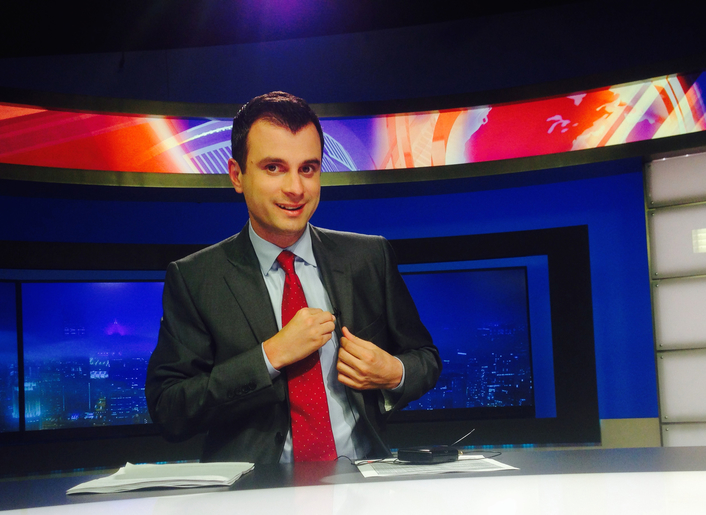 “We are very happy with the DPA d:screet 4061s,” continues Simeonov. “We use them as body mount mics on the anchors, guests, reporters and anyone else who may join us on-air.  With 90 percent of our programs broadcast live, with the exception of one medical show filmed in advance to accommodate the doctors’ schedules, there is quite a challenge in terms of timing for turnaround on set. Now, preparing the live broadcasts, which was once a tedious process, has become much simpler.”

The d:screet 4061 is favored for its small and concealable size, while the clarity of the audio is quickly recognized by professional audio engineers for its natural sound. Intended for broadcast and other live performances, the capsule is built to compensate for the potential loss of vocals when hidden by clothing and can additionally block out undesired sounds to ensure the clearest audio production.

Primarily a Bulgarian-language station, BiT produces shows that integrate viewers with the U.S., including I Learn English, a program for English-speaking beginners and Calling America, a show designed to help Bulgarian immigrants become more acquainted with their new home in the U.S. Additional, live-to-air Bulgarian shows include Sports Arena, a weekly program that provides a review of the latest sports news; BG Top 10, a weekly music chart showing famous and emerging Bulgarian musicians; Saturday Lunch, a political program focused on Bulgarian issues; On The Road, a Bulgarian culture show; and Grandma’s House, a live-action children’s program that airs on Saturday mornings. Additionally, First Aid, which is recorded in front of a live audience but edited in post for airing later, is a weekly health program focused on both modern conventional medicine and ancient Eastern practices.