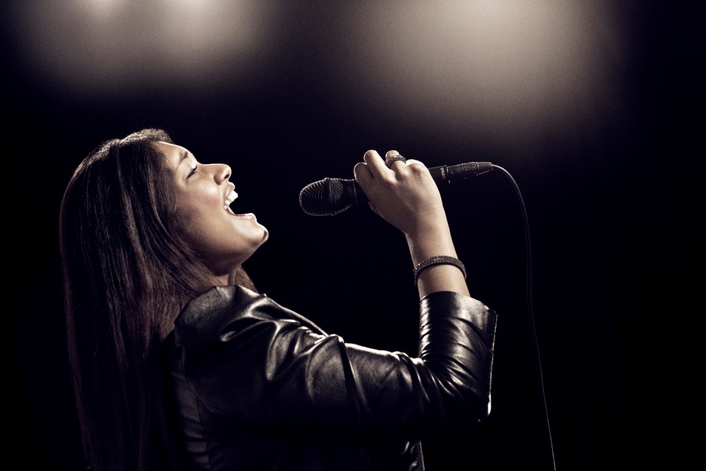 The d:facto has already been put through its paces on several high-profile TV shows over the past six months
DPA Microphones launched its handheld d:facto™ vocal mic at the 2012 NAB Show (Booth). Building off the success of the DPA reference standard cardioid 4011 microphone, the company has pooled its years of expertise and resources to bring the eagerly awaited, high-quality vocal condenser mic to the broadcast market.

Providing broadcasters with the best handheld microphone, for live broadcast performances or those being recorded for DVD, d:facto offers extraordinarily natural sound, high separation and extreme SPL handling. DPA has identified what its users love about the reference standard cardioid 4011 and tailored those qualities to a handheld design specified for live performance broadcast purposes. The result is a supercardioid mic with superb definition, excellent separation and breathtakingly natural sound, giving viewers at home the feeling of being right there in the audience.

Similar to all DPA mics, d:facto features superior gain-before-feedback, while the robust three-stage pop protection grid built into the microphone effectively removes unwanted noise. Designed to last, d:facto boasts exceptional isolation from handling noise as well as the ability to accommodate extreme sound levels. The microphone head can be used on the DPA wired handle and can also be unscrewed for mounting onto a Wisycom wireless microphone system, offering a high degree of flexibility.

“For many years, the broadcast market has been requesting that the high sound quality of DPA’s legendary 4011 mic be available for a myriad of live performance and recording needs,” says DPA’s CEO, Christian Poulsen. “As a result of the innovative partnership with Wisycom, we have developed the d:facto vocal mic to fulfill those requests. The option of wired and wireless modes, combined with DPA’s proven technology, has resulted in a stylish vocal mic encapsulating flexibility and unsurpassed sound quality: key elements for equipment of the future.” 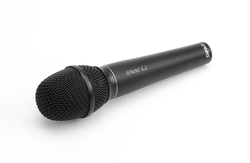 The d:facto has already been put through its paces on several high-profile TV shows over the past six months, among them are Voice of Denmark, a singing competition TV program broadcast in several countries. “The sound team has been extremely impressed with the d:facto mic,” says Voice’s sound engineer Mads Kærså. “It sounded open at all frequencies. There were no feedback or pop issues and we did not have to worry about handling noise. Finally, a manufacturer has managed to make a handheld microphone that inspires the same feeling a musician gets from a handbuilt instrument. It makes the singer feel more confident and perform better.”

ABOUT DPA
DPA Microphones A/S is the leading Danish Professional Audio manufacturer of high quality condenser microphones and microphone solutions for professional applications in studio, broadcast, theatre, video/film and sound reinforcement environments. All DPA microphones and components are manufactured at the company’s purpose-built factory in Denmark.