DPA Ensures That ‘Sugar Man’ Is Heard Loud and Clear

Producer and Front of House engineer Russ Miller, who has been working with Rodriguez since he started his current tour in November 2012, says the DPA d:facto vocal microphone has proved ‘absolutely invaluable’. 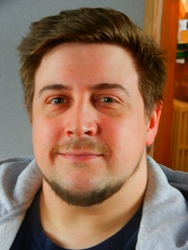 “It is an incredible microphone that is perfect for Rodriguez’ voice,” Miller says. “It has worked brilliantly at every venue we have visited, including Glastonbury, and frankly I couldn’t have got through this tour without it.”

Now 71 years old, Sixto Rodriguez has been called 'the greatest 1970's music icon that never was'. The Mexican-American folk singer was hailed as the new Bob Dylan when he was first discovered in Detroit, Michigan, in the late 1960s. But after his first two albums, Cold Fact and Coming to Reality, were commercial flops he was dropped by his record label and disappeared. Although he was actually making a living as a manual labourer, there were rumours that Rodriguez had dramatically killed himself on stage. What he didn’t realise, however, was that a bootleg copy of Cold Fact had made its way to South Africa where it had become a huge success and had won him thousands of fans who saw his music as the unofficial soundtrack to youth protests against apartheid.

In the 1990s, determined South African fans managed to track him down and this led to a revival of his musical career. Further recognition came with the release of the Searching for Sugar Man documentary, which won an Academy Award in 2012.

For Russ Miller, capturing Rodriguez’ voice is a challenge because he sings very quietly.

“As a singer-songwriter in the tradition of artists like Bob Dylan and Joan Baez, it is really important that audiences can hear every word of every lyric Rodriguez sings,” Russ Miller explains. “However, when he’s accompanied by a powerful, up tempo band, it can be difficult to keep his vocal loud and clear. This isn’t a unique problem, but it was one I wanted to solve before we tackled some of the bigger venues on his tour, so I started casting around for a better microphone for him.”

After a conversation with live sound engineer Rik Dowding, who recently invested in DPA d:facto Vocal Microphones for The xx, Miller approached DPA’s UK distributor Sound Network, through Tour Supply Ltd, and asked if he could demo one.

“I’d also heard really great things about this microphone from Richard Nowell at RNSS who has been using them with various Jazz artists, so I thought it might work for Rodrigues,” Miller says. “The issue was actually demoing it because Rodrigues isn’t the sort of artist who will go into a studio and do an A/B comparison test. In fact, he doesn’t really do rehearsals – he just arrives at a gig and it’s ‘go’ time - there’s no real sound check or set list and he could start with any song. The first time we got to try out the d:facto was at La Zenith in Paris in front of a live audience of 7,500.” 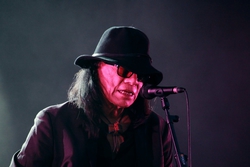 “It was amazing,” he says. “The microphone is incredibly detailed in the upper mids, and as a result I was able to attenuate cymbal spill with just a low pass filter because his voice cut through really well, without having to add any air. I was also impressed with how well the microphone took EQ-ing. It was obvious to me that this was the right mic for Rodriguez so we immediately specified it for the rest of his live shows.”

Since his appearance at Glastonbury, Rodriguez has performed in various European cities including Copenhagen and Stockholm, and at another festival in the UK.

“We’ve used the DPA d:facto Vocal Microphone throughout and it hasn’t let us down,” Russ Miller adds. “I’m so relieved that we have finally found the right microphone for his voice as it has improved the sound of his concerts, as well as making my job as a live sound engineer much easier!”