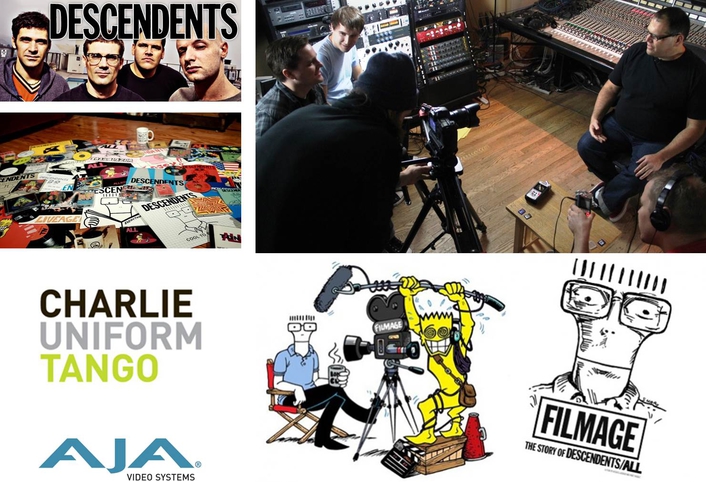 .
"Filmage: The Story of DESCENDENTS/ALL" began as a passion project for a group of creatives working at Dallas-based post house CharlieUniformTango (CUT), and quickly evolved into a full-fledged documentary production. Within four years, the film's directors Deedle LaCour and Matt Riggle, along with editors Justin Wilson and James Rayburn, had traveled the world, combining a love for old-school punk music with filmmaking chops to deliver an indie flick that recounts the history and influence of punk rock legends the Descendents.

The film features a compilation of present-day interviews with band members and industry influencers, fan video submissions and archived tour media. Editorial for the film required a portable and flexible workflow, for which Rayburn turned to AJA’s Io XT Thunderbolt-enabled professional video device for on-the-go I/O.

The production team amassed more than fifty captured segments, on top of hours of fan content and never-before-seen tour photos, videos and memorabilia. Tasked with weaving such a large volume of formats and frame rates together, achieving the right balance between new and old footage proved daunting. Knowing the team would spend time cutting the film between his office and home, often working nights and weekends, Rayburn set out in search of a portable workflow solution to simplify the job, and ultimately turned to AJA’s Io XT.

Rayburn shared, “Io XT is dependable, and I can use it anywhere – in my house, at the office or on set. No matter where I am, I can just plug it into my computer, fire it up, and just like that, we’re monitoring my Avid cut using the HDMI out from the Io XT.”

Throughout post, Rayburn churned through hours of footage, relying on a laptop, Avid® Media Composer®, an AJA Io XT, LCD monitor and two smaller Asus monitors for editorial. The laptop drove the Asus monitors, sending a video signal through the Io XT, so that the edit could be reviewed in real-time.

Once Rayburn finished cutting the film, the filmmakers enlisted the expertise of Filmworkers Club colorist Mathew McClain to preserve and enhance the picture quality. Throughout finishing, KONA LHe Plus cards were used. Rayburn shared, “I’m not used to the high level of deliverables for a film like this, so when we finished it in Avid, we had distributors come to us with several different format requirements for the audio channels and digital files, so having the KONA LHe Plus for output to HDCam SR tape was a tremendous asset come delivery.”

“Filmage” wasn’t Rayburn’s first experience with AJA technology, as he’s worked with a wide range of AJA gear during his tenure at CharlieUniformTango, including the T-TAP™ compact, lightweight Thunderbolt™-powered video output device, KONA family of capture and playback cards, and a handful of Mini-Converters, including the Hi5. While recently working in Berlin on a commercial project for Jeep, he used a T-TAP for broadcast quality output. “The T-TAP was awesome; it’s amazing how one little box transformed a hotel room into a full-blown Avid edit suite by linking a laptop, Mac Pro and two standard monitors. It gave me quick and efficient broadcast video for monitoring the cut,” concluded Rayburn 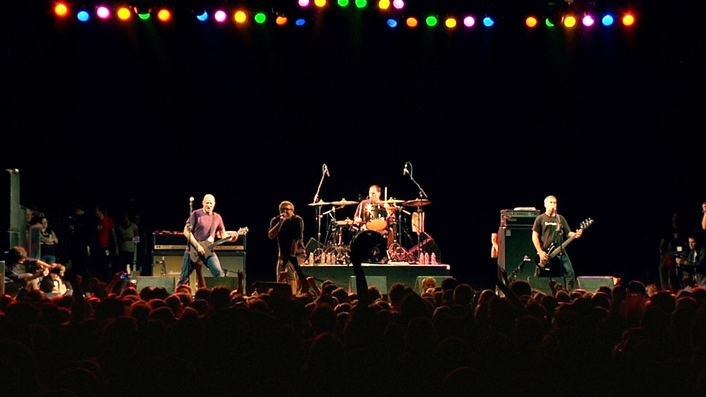