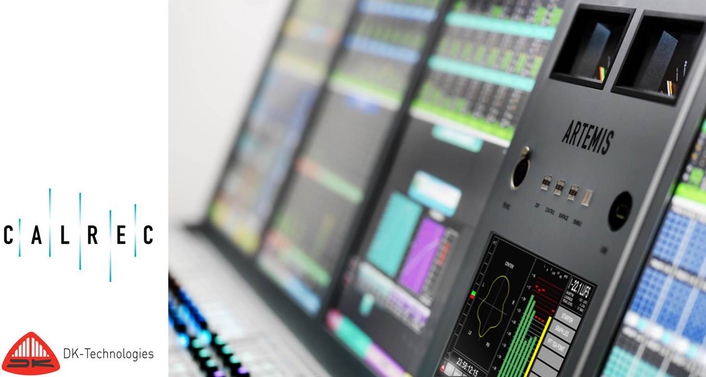 New 'everything included' audio meter is now shipping in a variety of useful formats including rack mounted and stand-alone
Audio and video metering specialist DK-Technologies has fulfilled the first orders for its new DK T7 Audio and Loudness meter, which was launched to much critical acclaim at IBC last year.

The DK T7 began shipping in February with the first two units delivered to UK console manufacturer Calrec. These have now been fitted into 48-fader Artemis Light consoles destined for Al Jazeera in London. Other broadcast and post production customers have chosen either stand-alone DK T7 meters or the new 3U rack mounted variant – the PT0T7. This fits neatly into a Tektronix rack system and can be used separately or in conjunction with a waveform monitor.

"We're delighted with the number of pre-orders the DK T7 has generated and we're ramping up production to fulfil them," says DK-Technologies' Product Marketing Director, Uffe Kjems Hansen. "The DK T7 is exactly what the market needs – a cost-effective audio meter with an easy to use multi-touch interface that delivers a whole host of useful features at a very cost effective price. At just €3,495 and USD 6,390 MSRP, there is simply nothing else on the market in this price range that gives users access to so much functionality. The nearest competitor product that even comes close to the DK T7's feature-set is nearly double the price."

Dubbed as the 'everything included' audio meter, the high precision DK T7 incorporates as standard every Audio and Loudness meter function currently offered by the award winning DK Meter range. These functions include Bargraphs, Moving Coil Emulation, DK-Technologies’ proprietary StarFish™ and JellyFish™ display technology, FFT spectrum analysis and, of course, industry compliant Loudness and Logging. The new DK T7 also includes 3G SDI Picture Preview, as well as the ability to read and log against SMPTE time-code – a feature that has only recently been added to the DK Meter range. 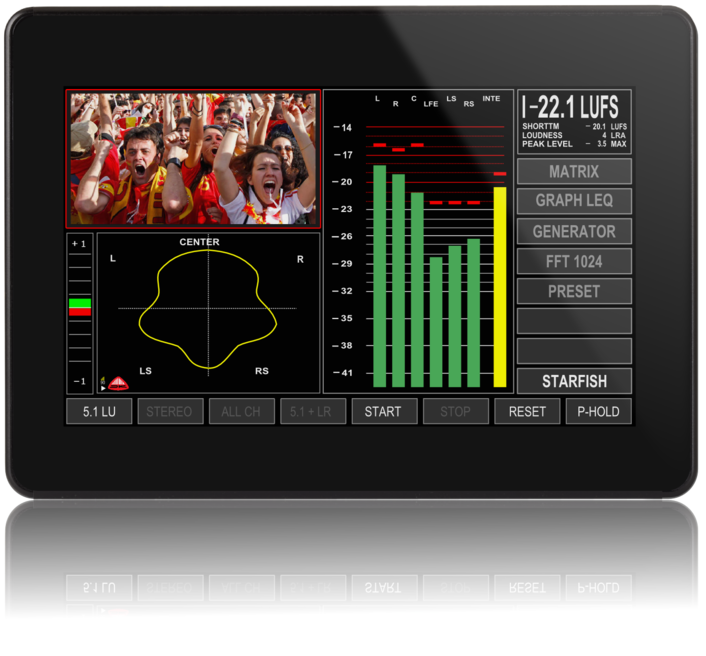 "Engineers working in the broadcast and post production industries now have to cope with a complex set of formats, standards and documentation requirements," Uffe Kjems Hansen adds. "For this reason we felt it was vital to give them an easy to use Audio and Loudness meter that did the job it was bought for as soon as it came out of its box. The DK T7 is the most complete, high precision Audio and Loudness meter on the market today – and the most honest because it does not involve any hidden costs."

Since first showing the DK T7 at IBC 2013, DK-Technologies has incorporated a number of improvements that are now available as standard. These include a pause/resume function for Loudness Logging that will save engineers time when they are adjusting Loudness to hit targets on larger time spans.

"Essentially, this function allows engineers to work step-wise through the entire audio clip, rather than having to go back and measure loudness from the top for every tweak," Kjems Hansen says. "We've also improved our software so that it includes a new 7.1 Surround display feature for Theatrical Mix. This is something no other meter can do and it will have particular relevance to engineers working on big motion picture productions."