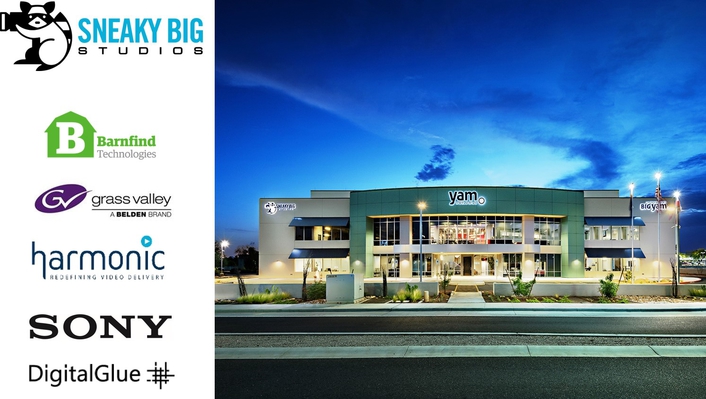 Tech-Savvy, Sophisticated Studio in the Heart of Scottsdale, Arizona Built to Rival any New York or LA Facility

SNEAKY BIG Studios, a 15,000 square foot facility located in North Scottsdale opened its doors last August and is one of the largest and most technologically advanced production/post-production studios in the Southwestern US. Designed from the ground up as a fully integrated facility, SNEAKY BIG brought on systems integrator and software developer DigitalGlue to incorporate best-of-breed equipment, custom software, IP connectivity and sophisticated, flexible 4K- ready systems for a future-proof infrastructure capable of supporting a vast range of applications, including: television and video production, commercials, movies, corporate projects, music videos and recording sessions.

SNEAKY BIG Studios is the brain-child of Bob Parsons, American entrepreneur and philanthropist with credits that include GoDaddy and the YAM Worldwide, Inc. family of companies. Since its doors opened nearly a year ago, SNEAKY BIG Studios has filled a need in the market and has been instrumental in keeping projects in Arizona that might have otherwise left the state. Recent work includes production of the Arizona Lottery’s latest multi-media ad campaign, a national ad campaign for rising women’s clothing line Yandy.com and the facilitation of live media interviews for the likes of NBC National news through its satellite media capabilities.

“Mr. Parsons has a reputation for building the best and producing nothing less than top-quality results in all his endeavors and SNEAKY BIG Studios is no exception,” said Sean Busby, President, DigitalGlue. “We were honored to be chosen as the studio’s primary technology contractor and given the opportunity to assist in fulfilling the vision to create a facility with services and capabilities rivaling studios in New York or Los Angeles.”

“DigitalGlue was a great partner as we set out to customize SNEAKY BIG Studios with the equipment needed to build the most technologically advanced studio in the Southwest,” said Marianne Curran, CEO of SNEAKY BIG Studios. “They listened to us and worked collaboratively throughout the process, ultimately arming us with top-of-the-line equipment. It was a great partnership and the end result speaks for itself.” 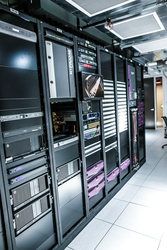 DigitalGlue designed a production workflow around a network of Barnfind Technologies’ fiber signal transport solutions for a sophisticated, fully integrated, and flexible infrastructure controlled by a simple GUI. All video equipment is connected with fiber for faster processing, and all signals coming in or out of a specific room can be multiplexed and sent over a single fiber strand to the Central Equipment Room. From there, a built-in 288x576 capable router sends the signals to their destination, providing an additional measure of workflow flexibility. The future-proof platform allows each room in the facility to be customized according to its current needs, and upgraded as technology evolves by simply swapping out SFPs. 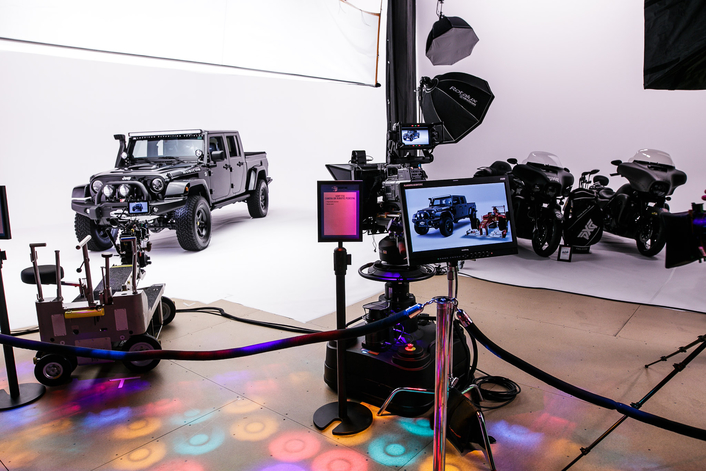 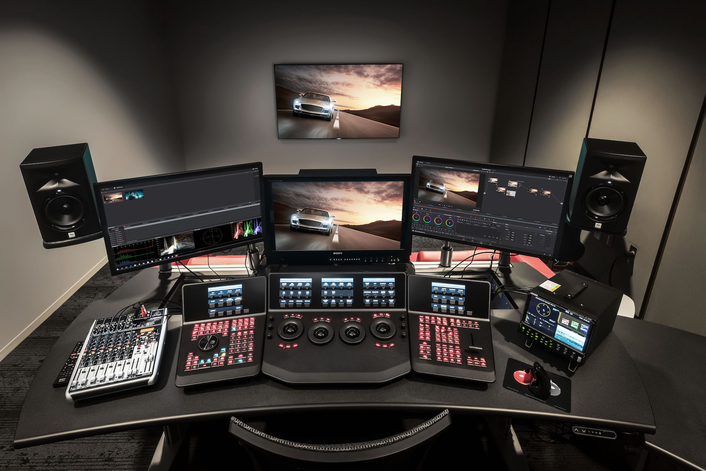 Extensive post-production facilities include five Editing Suites that incorporate the latest technology, software, and a 4K monitor for outstanding results. Each workstation has a SilverDraft Demon Supercomputer with Adobe Premiere Pro and is connected to a WhisperRoom™ for soundproof narration and voiceover recording.  A Harmonic MediaGrid 4000 shared storage solution serves as the active storage for editorial, color correction and grading, and VFX stages of the 4K production workflow in a demanding end-to-end ACES pipeline; a Harmonic ProMedia® Carbon file-based transcoder facilitates content conversion. 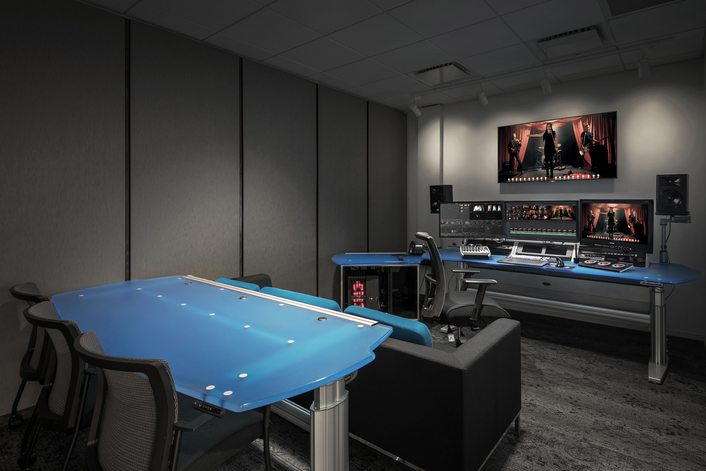 Finally, DigitalGlue is providing SNEAKY BIG Studios with custom software to automate, streamline and track projects started or in progress by different editors.

DigitalGlue provides equipment, integration, and software development for the production and distribution of digital video. The company analyzes clients’ workflows to build optimized solutions for collaborate editing, automation, media asset management, storage, and archiving. From contribution to distribution, the DigitalGlue team works with customers to efficiently deliver their programming over fiber, cable, satellite, IPTV, and OTT. DigitalGlue designs, integrates, and supports systems based on today’s needs, yet draw from years of real-world experience to engineer a technology path for tomorrow.