For film and media producers from all over Europe, “Digitale Cinematographie” has become an event which cannot be missed
Last Thursday and Friday, 5 and 6 July 2012, Digitale Cinematographie celebrated its 10-year anniversary in the Alten Kongresshalle in Munich. Despite the very high temperatures, many visitors found their way to Theresienhöhe in Munich and experienced an excellent programme.

The opening of the 10th Digitale Cinematographie on Thursday morning was initially slowed down a little literally by the Munich Public Transportation System. Through a total loss of the city railway system service, many visitors, but also speakers and exhibitors, arrived quite late at the Kongresshalle. The event organisers indeed responded flexibly and delayed the beginning of the workshops and the screening by fifteen minutes. The visitors who nonetheless managed to arrive on time were able to receive information about the latest developments in high-end film technology via the 40 partner companies.

In four different rooms, an outstanding specialised workshop programme was offered. In addition to excellent presentations from partners, renowned international film experts had once again travelled to the event. Here are some highlights:

There were big crowds on both days during Jon Fauer’s (ASC), Film&Digital Times, and the “Lighting with Paint” Workshop. The presentations from Kai Daniels, DIT, and Philippe Ros (DoP-AFC) on the topic of “F65 – the Next Dimension of Digital Filmmaking – Facts – Workflow – Hands On” were also outstanding.  As Dedo Weigert from Dedo Weigert Film presented the topic of LED lights, both the seating and standing room-only areas were completely booked. The workshops from the event organiser Martin Ludwig (Ludwig Kameraverleih) had a wide array of camera-related offerings. Then Britta Becker (DoP) introduced the Phantom High-Speed Camera, Günter Neuhaus showed what is important to keep in mind with a camera mix and Ted Schilowitz (RED Digital Cinema) and Matthew Cohen (Tekserve) accompanied the enthusiastic attendees on their travels into the “The World of RED”. As a clear response to APPLE’s lack of continued development of the Mac Pro in the Professional Class, the Workstation HP Z820 Red Edition was presented here. 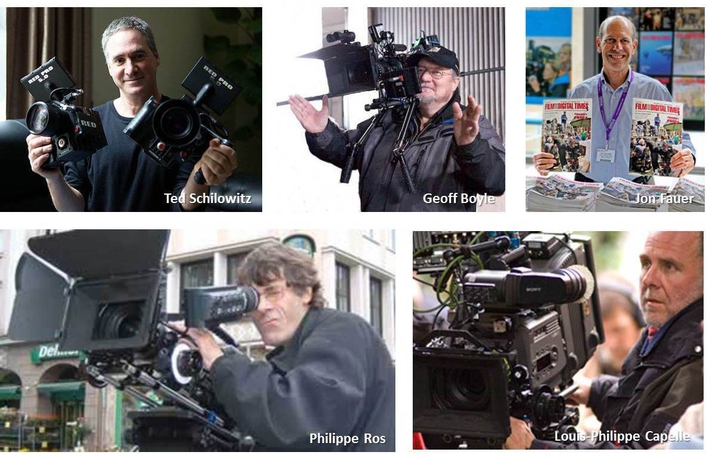 On Friday, the legion of fans of Geoff Boyle, DoP-FBKS, made their way to the event. In his presentation with the provocative title “Fuck the Numbers!”, he declared his displeasure with the multitude of key numbers which are threatening artistic creativity. “More and more filmmakers are going crazy and becoming obsessed with numbers rather than pictures and that we’re turning ourselves into machine operators rather than artists.”

For the screenings, the event organisers came up with a new idea. In a hall in the new wing of the Munich Transportation Museum, right across from the Kongresshalle, LANG AG installed a genuine 4-K projection by means of a 4K DLP Digital Cinema Projector from NEC. The screen had dimensions of 5.9 x 3.3 m. The image was impressive. Despite the very high temperatures which unfortunately not only prevailed outside, but also in the cinema theatre, those in attendance were enthusiastic. The promising young talents of the University of Applied Sciences of Salzburg opened both days in the cinema theatre. Till Fuhrmeister, Head of the Film/TV Video Department at the Fachhochschule Salzburg, presented two short films which were shot with ARRI Alexa.

The Campilots astonished the audience with fantastic shootings which are possible in this manner only by using their multi-copter equipped with an RED camera. The 4 K screenings from Philippe Ros, DoP-AFC, with “Ecobot”, Ted Schilowitz, RED Digital Cinema with “RED Epic” and Rainer Hercher, Band Pro, with “Hawaii” impressed through their wide range of creative possibilities. The many questions posed by the specialised audience were competently discussed.

As Markus Förderer, the winner of the 2012 German Camera Prize, showed clips from his feature film debut called “HELL”, a catastrophic film in which the sun burns up the earth, the high temperatures in the room created an even more intensive cinematic experience. Peter Zeitlinger, the second winner for the 2012 Camera Prize, told such an exciting story with his TV film called “Pursued – the Small Witness” that the high room temperatures were soon forgotten again. In the afternoon, Louis-Philippe Capelle, DoP, then showed a 2K/4K test shoot with SONY F65, ARRI Alexa and RED.

Both the workshop programme and the screenings were repeated on both days. The event organisers were thus fulfilling the request that had long been made by the attendees who could visit the Digitale Cinematographie event for only one day.

Approximately 620 persons were in attendance who refused to be held back by the summer heat and the transportation chaos on Thursday and experienced two eventful days with top-class presenters, the latest film technology and emotional images in the cinema theatre.

Digitale Cinematographie
“Digitale Cinematographie” was founded in 2002 by Gerhard Baier, Martin Ludwig (Ludwig Kameraverleih GmbH) and Martin Kreitl (MKMedia Production). It has been created as a new platform which is neutrally and critically driven by the idea of revolutionising the German film and TV environment through the use of new technology. 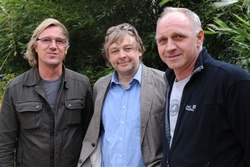 For film and media producers from all over Europe, “Digitale Cinematographie” has become an event which cannot be missed. Latest trends and developments from the world of digital film are presented every year on this occasion. This is a very personal, communicative and interactive event for both producers and users. What makes „Digitale Cinematographie” so unique is the smooth combination of the exchange of experience with renowned specialists, the comprehensive outlook on all areas of HD technology, training of young creators - along with the ingenious concept of uniting the transfer of knowledge and practical tests based on exhibitions, workshops and screenings.