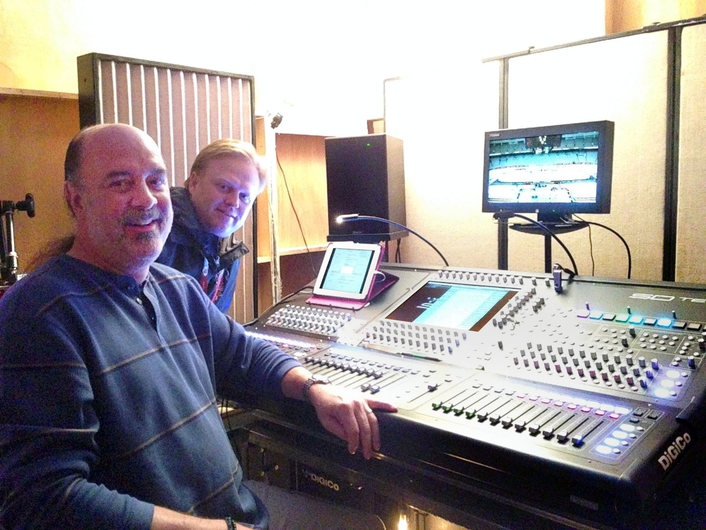 Reaves, who mixed the music and fed it to NBC’s broadcast production engineer, who added it into the audio mix, reports that the DiGiCo system’s Optocore fiber optic transport capabilities were critical to its successful operation at the Winter Classic. “As it turned out, it was the right choice, because I was 2,000 feet from the stage,” says Reaves, noting that alternative brand consoles that utilize Ethernet over Cat5 cable are capable of transmitting digital audio over distance of only 330 feet or less. “The Clair Brothers splitters plugged into the 56-input SD-Racks each handled 40 inputs, so I was landing 80 inputs,” he adds. 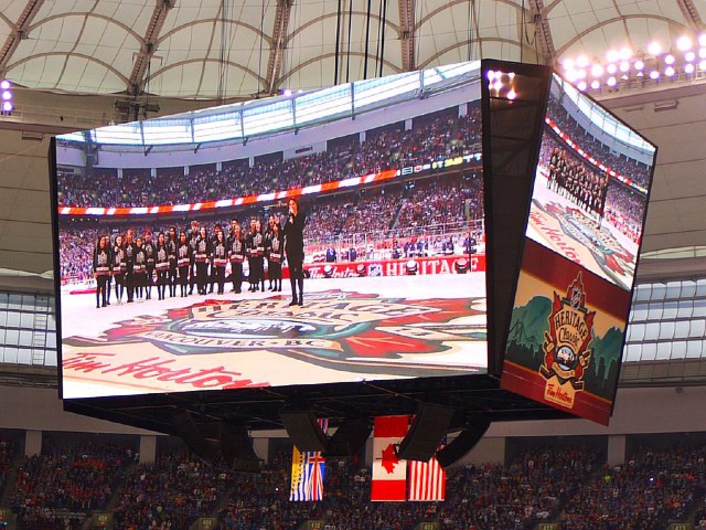 Over 105,000 tickets were sold for the Winter Classic, which was played on New Year’s Day at The Big House on the campus of the University of Michigan in Ann Arbor. The musical portions of the program, which featured a match-up between the Detroit Red Wings and the Toronto Maple Leafs, included four members of the Grammy Award-winning and multi-platinum-selling Zac Brown Band singing the U.S. national anthem, plus The Tenors performing the Canadian national anthem. Ann Arbor native Mayer Hawthorne and his band opened the game before returning for a second set during the first intermission.

“The tools that are available on the desk are enormous; it’s just an amazingly powerful piece of kit,” says Reaves, who relies entirely on the onboard Super FPGA audio processing and has been mixing on DiGiCo consoles since the 2012 Grammy Awards show. “I think the EQ, compressors and other processing built into the console sound great. There’s not an audio problem out there that you can’t solve with this console. And it is fantastically easy to use.”

Not only is the SD10 powerful, he continues, but the console also sounds really good. “It sounds great—as good as any console I’ve ever mixed on. It sounds like an English console; we all grew up learning to mix on good English consoles, and this is another great console.”

Ron Reaves and Clair Nashville Deploy SD10 for NHL Events / Add One
Plus, Reaves says, “The customer service and tech support has been beyond anything I’ve ever experienced. Taidus Vallandi [Technical Sales Manager for Group One Ltd., DiGiCo’s U.S. distributor] and everybody have taken amazingly good care of us.” 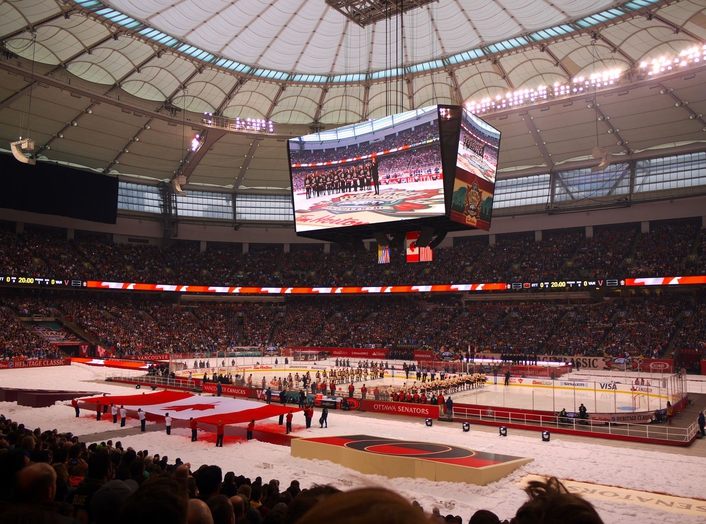 Reaves was most recently back behind the DiGiCo SD10 for the 2014 NHL Heritage Classic, which has historically been a contest exclusively between Canadian teams. This year’s game took place on March 2 at BC Place in Vancouver, BC, and pitted the Ottawa Senators against the Vancouver Canucks. Three-time Grammy Award winner Sarah McLachlan, accompanied by choir members from the Sarah McLachlan School of Music, sung the Canadian national anthem, while Juno Award nominees Tegan and Sara performed for the pre-game and first intermission performances. Vancouver-based Odds, known by many as Warren Zevon’s live backing band, provided musical entertainment for the second intermission.

About DiGiCo
DiGiCo is a UK-based manufacturer of some of the world’s most popular, successful and groundbreaking digital mixing consoles for the live, theatre, broadcast and post production industries and is exclusively distributed in the U.S. by Group One Ltd. of Farmingdale, New York.