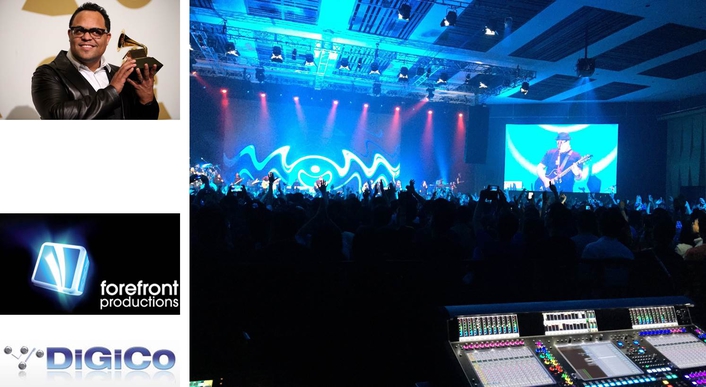 .
Five time Grammy-winning Christian singer/songwriter Israel Houghton is currently in the midst of a major world tour, playing shows in six different countries. DiGiCo mixing consoles are helping him to spread the Word along the way.

Nick Burns, managing director of Australian production company Forefront Productions, first mixed Front of House sound for Houghton on a tour of Australia and New Zealand a few years ago, on the recommendation of other high profile worship artists.

“It was a great call to get, as I have always been a fan. Since then I’ve continued to do dates around the Asia Pacific region with him and also some in the USA, when I’m there and schedules allow,” says Nick.

For this tour Forefront was engaged to provide production management and the FOH mix, including the design and specification of the technical systems. Nick is a fan of DiGiCo consoles as, happily, is the artist. Together with their widespread availability throughout the globe, DiGiCo was therefore the most sensible choice.

“In my opinion the sonic quality and flexibility of DiGiCo consoles is unmatched,” says Nick. “Israel has an incredible ear and he’s told me that DiGiCo is also his sonic preference.

“For mixing, I have all the right controls at my fingertips and can customise the work surface to my particular needs. The consoles give me the options to do most things about three different ways, plus they have all the right hardware controls for everything that matters.

”With 92 physical inputs across a combination of mono and stereo channels, plus FX returns, 24 aux mixes for stereo in-ear monitors, wedge monitors and sub mixes for an Allen and Heath ME-1 personal monitoring system, Nick was looking at consoles the size of the SD5, SD7 and SD10. As the tour is picking up desks in different countries, DiGiCo’s SD Convert software means that there is no problem, whichever is available.

“SD Convert makes things really easy. It takes about 10 seconds to convert our latest session files for the next console - it’s brilliant!” he says.

Each show on the tour is being recorded for future live album and DVD release. Nick and recording engineer Danny Duncan needed a high quality, quick to setup solution that not only allowed for multiple sources and redundancy, but which isn’t compromised at the shows where a dedicated recording console isn’t available. 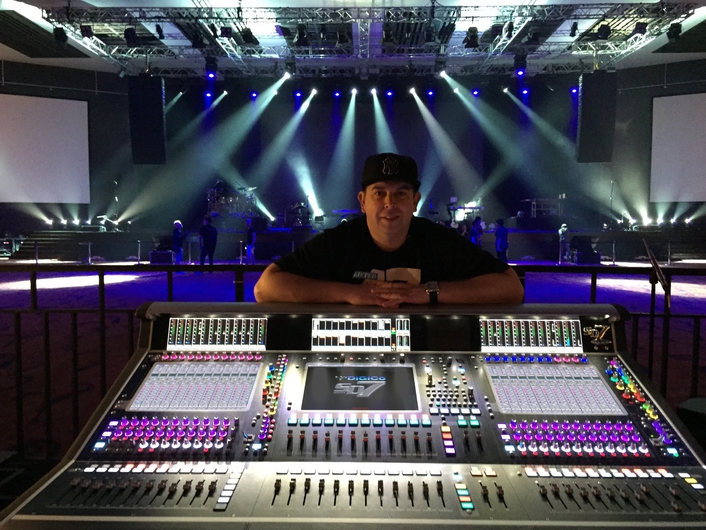 “With a couple of MGBs, we have great options for multiple sources and destinations…and with a few MacBook Pros we have any easy to deploy, fully redundant recording and plug-in host system,” says Nick.

“In the locations where we won’t have a dedicated recording console, with a couple of quick re-routes the MGBs will deliver raw audio straight off the mic preamps. They can then have any number of plug-ins applied in the DAW or via SoundGrid Studio, which works perfectly for us.”