DiGiCo Gets the Latin Vibe with Calle 13 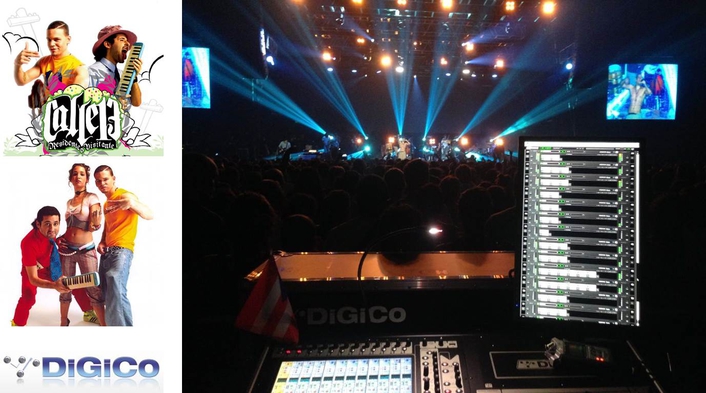 Puerto Rico’s Calle 13 is one of Latin America’s most successful bands, having won 19 Latin Grammy Awards and two US Grammy Awards. Frequently controversial and with an eclectic musical style, Calle 13 has a devoted following and its current tour, which travels to South, Central and North America, as well as Europe and Asia, is filling stadiums, arenas and theatres everywhere it goes. Two DiGiCo SD8-24s are along for the ride.

Front of House engineer Luis Irizzary first worked with the band back in 2007 and 2008, and having returned to the Calle 13 fold in 2012, he has been working with the band since.  His reasons for using the SD8-24 are two-fold: the channel count, “I use 58 mic inputs on 52 channels at Front of House, but the console is still not maxed out,” he says; and its compact size.

“The Front of House and monitor console share one rack,” Luis explains. “This means that we get the same great audio quality at both positions and only having one stage rack makes the system very compact and easy to transport.”

“The headroom on the SD8-24 is amazing,” says Luis. “It’s also very easy to work on and the clarity and cleanliness is impressive The band themselves are impressed on the clarity and detail of how each of the mixes is defined.” 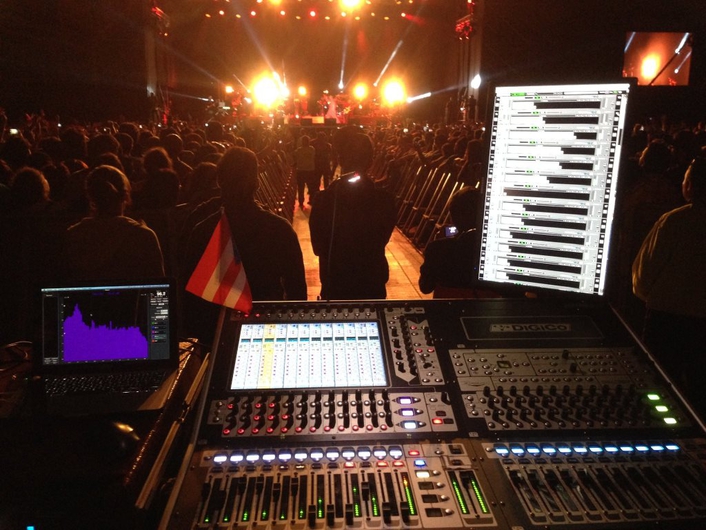 Luis is also utilizing a DiGiGrid MGB interface, which he uses as an interface for MultiRack WAVES Sound Grid, to record the shows and perform virtual soundchecks via SoundGrid.

“The entire system, from the SD8-24s to the MGB work incredibly well for me,” Luis concludes. “It’s a great sounding, compact system that makes touring that much simpler.”