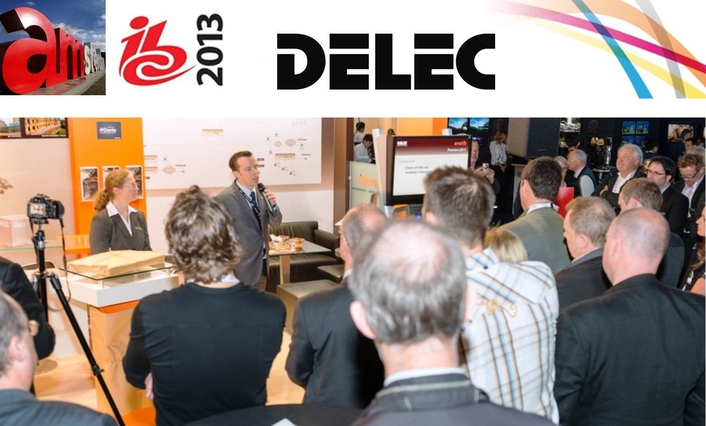 Presentation of oratis copmact at IBC 2013
DELEC, intercom and commentary systems experts within the SALZBRENNER STAGETEC MEDIAGROUP, has introduced a brand new product at this year’s IBC. The oratis compact is an intercom unit offering maximum performance with minimum configuration effort and the smallest footprint.

“With these two variants we already cover a large number of small-scale intercom applications. The units are suitable not only for compact TV-production installations but theatre staff will surely welcome this user-friendly and well-priced solution,” says DELEC sales engineer Jürgen Malleck “However, our new range should not be regarded just as a stand-alone system. It can also be combined with our modular oratis series and used, for example, as an extension unit to a large oratis system!”

As is usual with DELEC systems, the oratis compact acts as a fully summing audio matrix to which the various oratis series subscriber units can be connected. For this purpose, it is equipped with 12 (MF1212) or 16 (MF1624) AES/EBU ports which are connected via RJ-45 connectors and CAT5 cabling to the subscriber units or they can be used as digital four-wire connections. 12 or 24 additional analogue ports are used to set up analogue four-wire links. When connected in this way, the oratis compact is a fully-fledged stand-alone system. Using a DELEC connection to Gigabit Ethernet, they can also be networked with other DELEC components, which enables them to be used as an extension to a large oratis installation. 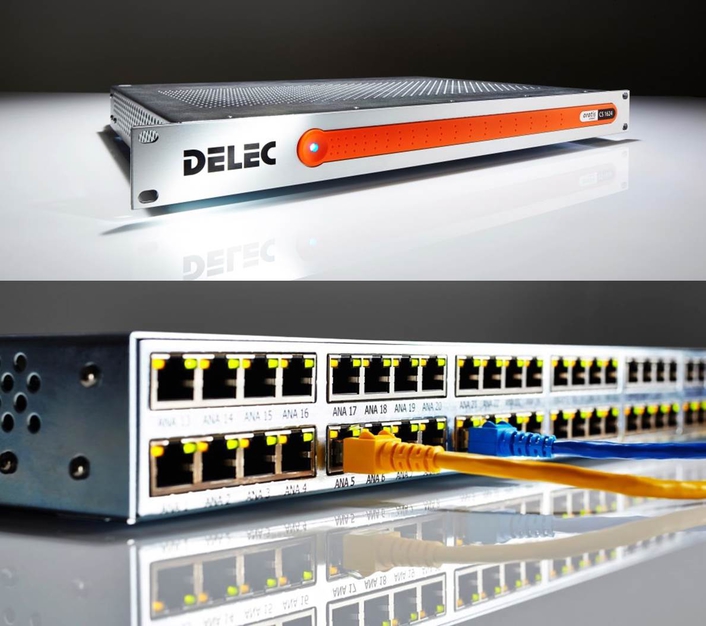 The oratis compact can also be equipped with an optional Audinate Brooklyn module which provides additional connectivity options using Dante™. This opens up a huge range of possibilities for other applications, such as IP-based integration into large audio networks.

The oratis compact has a minimal footprint with maximum packing density. The processor, the DSP module and the optional Dante module are hosted in a 1U 19" rack enclosure. Thanks to its compactness, the oratis compact is the ideal broadcast companion.

oratis compact configuration is undertaken using the control software which can be installed on any standard PC. The computer is used here solely for setting up the system and is not required during normal operation. The oratis compact is connected via an Ethernet link. The system also includes a built-in redundant power supply integrated into the unit.
Jürgen Malleck: “Versatility is a clear advantage of our new oratis compact. It serves both as an introductory product for straightforward installations and as a remote interface node within a campus-wide system – including the option of IP networking.”