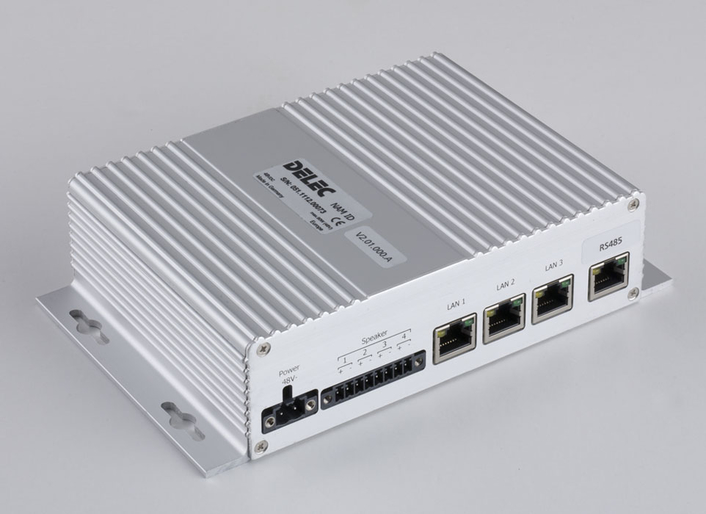 In its standard version, NAM has a Dante interface which can decode four signals. The four analogue line outputs are equipped with power amplifiers capable of delivering six watts average power. This means that the audio decoded from the Dante stream can be routed directly to the speakers. This functionality turns NAM into a versatile monitoring tool for many applications.

In theatre applications, for example, NAM opens up a practical way of distributing monitoring signals all around the building. The interface might be used for routing pre-recorded announcements from a server via Ethernet directly to the passive speakers of a paging system. In broadcast environments, NAM offers the possibility of monitoring various production audio signals which can be fed into the journalist’s Dante network through a NEXUS Dante card in the main control room.

The NAM is a tiny device that is typically installed invisibly near the monitoring position. The user controls the volume via a serial interface and can select the desired signal from any PC that has access to the appropriate Ethernet network. 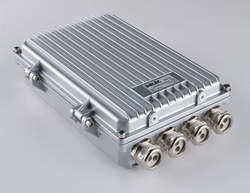 For outdoor installations, DELEC offers an additional option in a splash-proof surface mounted housing. This NAM version also has a microphone input to allow for analysis of the ambient noise around the loudspeaker and automatic volume control and echo cancellation functions. The unit also provides GPI ports and additional AES/EBU interfaces as well as the power amplified analogue outputs. The AES/EBU ports can be used, for example, to negate the need for an oratis subscriber unit by using the Dante network. In this scenario, the NAM would allow for an intercom link to be established anywhere on site using an IP network.