A new Delec Oratis Compact intercom system with Dante™ interfaces ensures that audio and lighting technicians are able to communicate with each other in the grand auditorium and the studio hall of Théâtres de la Ville de Luxembourg.

Théâtres de la Ville du Luxembourg, with two halls in the main “Grand Théâtre” venue as well as the Théâtre des Capucins within walking distance, have been avid users of Salzbrenner Stagetec Mediagroup technology since 2003. When it became apparent that the analogue RTS intercom system installed by the Mediagroup’s Systems Integrator had reached its limits, Claude Dengler, the recently appointed head of the audio and video department at Théâtres de la Ville de Luxembourg, and his predecessor decided to pay a visit to the Delec booth at the Pro Light & Sound 2014 exhibition to look into alternatives. For despite the fact that Luxembourgers are famous for their multilingualism, they still need to hear what is being said to respond in an adequate manner. Impressed by the feature set of Delec’s Oratis Compact matrix and the system’s Dante™ capability, the duo asked Bettina Guter of Delec to design a system that would fit snugly into the venue’s existing setup.

Rationale
As Claude Dengler and his colleague had expressed their desire to use the venue’s existing cabling, Delec’s first job was to devise a network that would connect the CS0800 Dante matrix frame, seven control panels (three of which with Dante™ interfaces), two Unito DIOs, two Unito NIOs 0204 and a GPIO32 interface in such a way as to provide a flexible intercom system.

In addition to the new control panels with digital Ethernet connectivity, the venue decided to retain its French-built analogue wireless radio system for behind-the-scenes applications. These are connected to two Delec Unito DIO units, providing up to four independent communication channels. The reason for requesting a Dante system was the need for flexible connectivity of two Desk16 panels, which may be used in different places, such as the auditorium and backstage area etc. They can now be plugged in at almost any location. 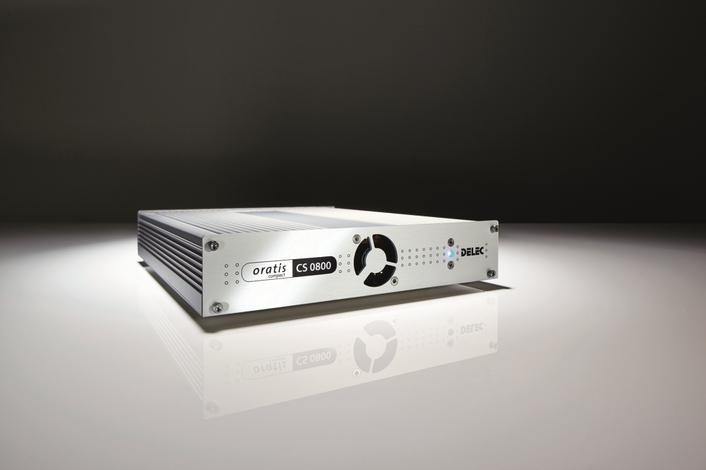 Future-Ready
Claude Dengler is well aware that the venue is currently only scratching the surface of what the new Delec system is capable of: “We know that the system can be connected to our Nexus network for applications such as emergency-paging and the like, and I’m sure we will take advantage of that as soon as the need arises.”

Based on Bettina Guter’s design, the theatre crew installed the required Delec components as well as a CAS 100 stage management system and a CAS Interface 64 under the supervision of Systems Integrator’s Matthias Panzer-Schmidt, after which Uwe Binder of Delec programmed the requested functionalities and provided on-site training.

Satisfaction Guaranteed
Thanks to yet another timely delivery by several divisions of the Salzbrenner Stagetec Mediagroup, the Grand Théâtre’s main hall now boasts pristine audio quality for all communication needs among the technical crew and the stage manager. The same applies to the studio auditorium, where the need for flexibility is even more important, requiring the stage manager to rely on wireless communication.

As a longstanding customer with a comprehensive audio system by Salzbrenner Stagetec Mediagroup—in operation for over a decade—Théâtres de la Ville de Luxembourg knows it can count on the Mediagroup’s quality and responsiveness. One of the reasons for selecting Delec equipment was precisely because the German-based intercom specialist is a member of the Mediagroup. 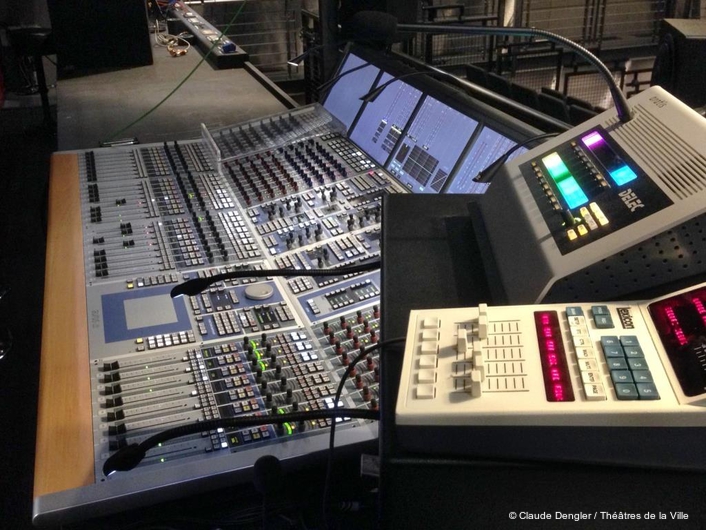 “The Salzbrenner Stagetec Mediagroup provides excellent service, with superfast response times. This allows us to maintain our jam-packed programming schedule come what may.” Claude Dengler explained. This is all the more important, because most of Théâtres de la Ville de Luxembourg’s opera, ballet and theatre productions are international guest performances that simply cannot be rescheduled. Thanks to the new Delec intercom system, all the people involved can once again communicate in any language, secure in the knowledge that they will be heard loud and clear.