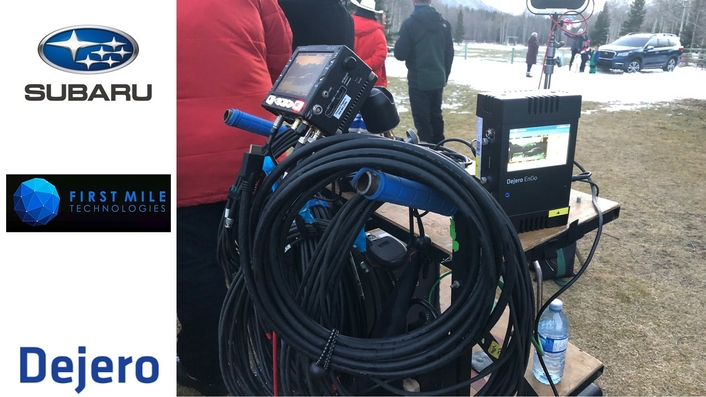 To bypass the logistical and financial challenges presented by limited cellular connectivity in remote shooting locations and the set-up and use of traditional satellite technology, B2B integrated connectivity expert, First Mile Technologies, set up a flexible, portable workflow based around the Dejero CellSat service that not only delivered connectivity to and from set by dynamically blending cellular and satellite connections, but also allowed the team to collaborate in real-time, without interruption, using live streaming video from a set that would previously have been too remote to connect to.

“CellSat service streamlined every single aspect of critical communication and feedback for this job, by delivering resilient connectivity from a remote mountainside where usually the delivery of only a handful of stills would have been possible,” said Brandon Cooper, president, film and new media at First Mile Technologies. “This time, with Dejero CellSat, the team on set was able to receive real-time feedback, approvals, and general collaboration which isn’t normally feasible or affordable in extreme locations like this one. This type of technology is a revolution for the film and commercial production industry, allowing us to take things to the next level in terms of where we can film, at what cost, and the reliability and speeds at which we will be able to transfer video and data over a mix of cellular and satellite.”

During the shooting of this Subaru commercial, which included very dynamic shots of driving, skiing and other active footage against the stunning backdrop of the Canadian Rockies in Alberta, First Mile Technologies set up an infrastructure that transported the camera feed from a Dejero EnGo mobile transmitter over the Dejero CellSat service to a Dejero WayPoint receiver at headquarters, where the stream was then sent to various platforms, including Zoom and First Mile’s own Web RTC platform for real-time, virtual collaboration. In addition, Dejero CellSat provided enough bandwidth to support VoIP phone connectivity for the six people on set in Banff. 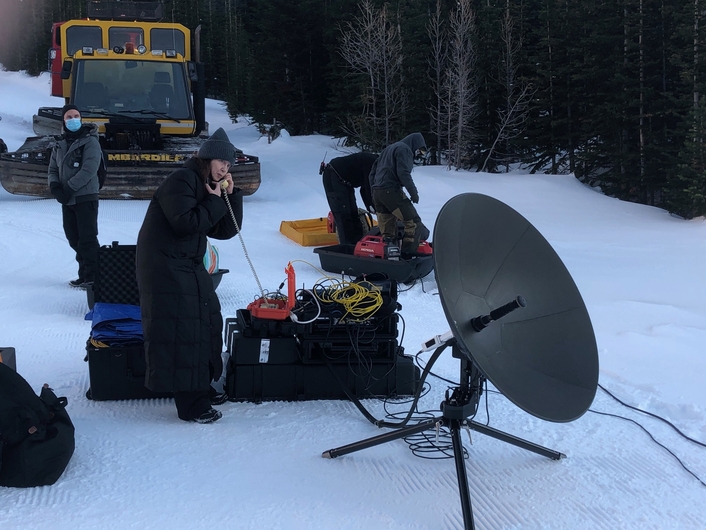 • First Mile set up a flexible, portable workflow based around the Dejero CellSat service to gain wireless connectivity where there usually is none in the Canadian

CellSat uses Dejero’s patented Smart Blending Technology which intelligently blends cellular connectivity from multiple mobile network providers with Ku-band IP satellite connectivity from Intelsat — reliably delivering the bandwidth needed to transmit broadcast-quality video in real time. The CellSat service can be accessed from virtually anywhere in Canada and the United States, and since it’s available from a single provider, procurement, management, and billing are greatly simplified. 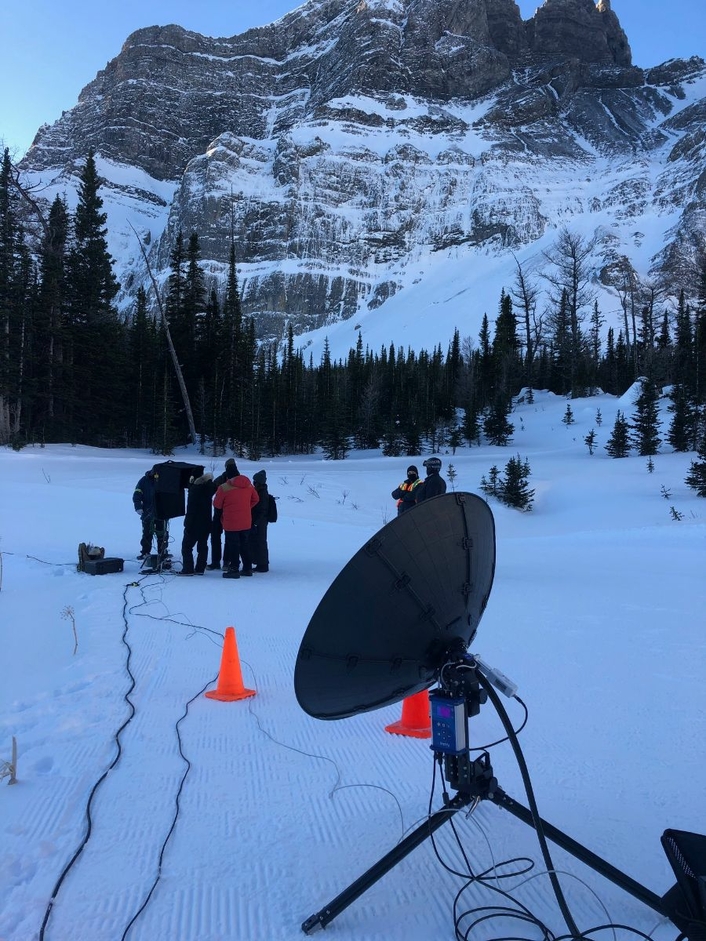 "The use of the Dejero package, including CellSat and EnGo, was an integral solution for a remote Subaru commercial in the Canadian Rockies," said John Scarth, line producer at OPC.  "From a snow covered mountain top we were able to stream live to our offsite client with a low latency and rock solid connection. This technology allowed us to have a real time conversation with our client and work as though they were on set with us. With streaming becoming a key part of production, the Dejero platform is a turnkey solution for production in any environment.”