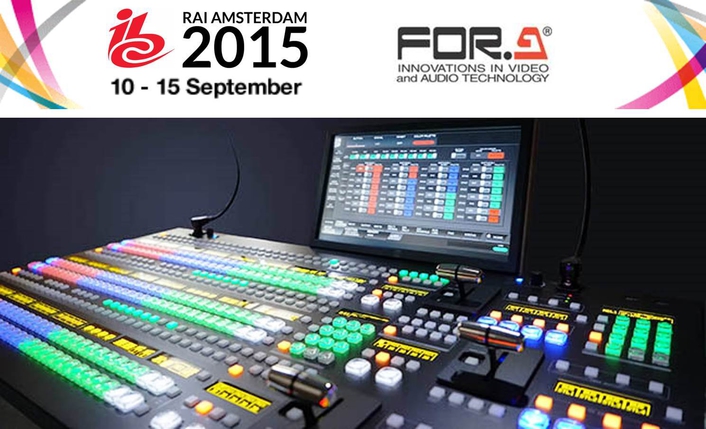 At the upcoming IBC Show, held from September 11-15 at the RAI Amsterdam, FOR-A will introduce a new control panel for its HVS-2000 vision mixer. The new switcher version features a 3-row control panel, and will be shown with GearLink total control software in FOR-A’s booth (Hall 2, Stand A51). First introduced at last year’s IBC Show, the HVS-2000 is the newest in FOR-A’s successful line of HANABI switchers. This upcoming IBC marks the mixer’s debut with a control panel expanded to three rows.

The HVS-2000 will be showcased with GearLink™ integrated control software, which gives users complete system control from a single screen. Compatible with FOR-A’s HVS series of vision mixers, routing switchers, multi-viewers and clip servers, GearLink software users can control all of their units, capture and view external video, and customize buttons and screen layout for a bird’s-eye view of workflows and convenient system control.

With a design based upon considerable customer feedback, the HVS-2000 has become a popular choice for a wide array of production environments. The unit is well suited for live event, television studio, OB truck, house of worship and educational settings, and can be used for SD, HD, 3G and 4K productions. It allows up to 48 inputs/22 outputs. The HVS-2000 has frame synchronizers on every input, including valuable frame grab for image capture on any input. Re-sizer for SD to HD migration is also included with input expansion options.

The HVS-2000 offers several unique features, including MELite™, which allows a traditional AUX bus to transform into a functional Mix Effects with cuts, mix, wipes, keys, and DVE including full preview. MELite is the building block for more powerful, yet easy-to-use features, such as upstream and downstream transition effects. 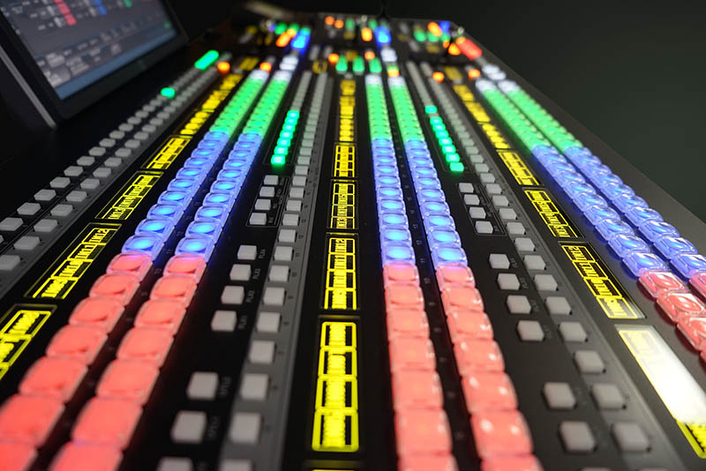 Another exclusive feature of FOR-A’s HVS-2000 is ONStage™, which is designed specifically for staging events, such as house of worship or corporate events where multiple image magnification displays are used, each with independent transitions. The switcher mode allows operators to see mix, wipe, key and DVE changes with full preview control connected directly to the lever arm transition area.

Another unique function of the HVS-2000 is FLEXaKEY™, which allows operators to add, move, and multiply key and DVE layers to traditional M/E or MELite resources. Using the HVS-2000’s MELite and FLEXaKEY functions, operators have the capability of a flexible 6 M/E switcher, all within an affordable 2 M/E unit. The switcher’s new 3-row control panel is particularly useful for users who want to capitalize on the HVS-2000’s ability to perform as a flexible 6 M/E unit in their productions.