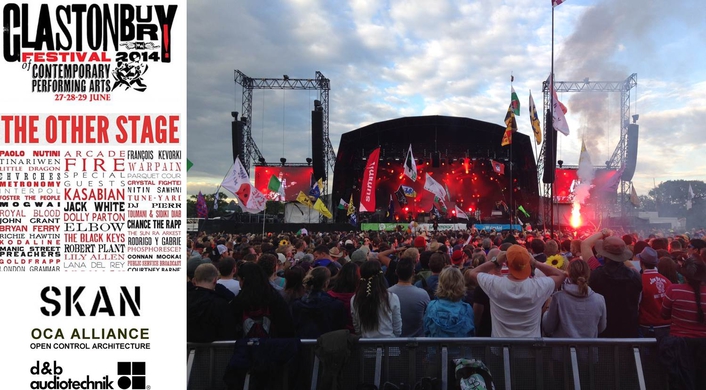 .
The first product to prove the Open Control Architecture (OCA) in the field, the D80 amplifier from d&b audiotechnik, was already at launch in January an innovative product with many features and benefits making it immediately attractive to the d&b user community. Why the addition of OCA?

"You might call this parallel evolution," explained Marc Weber, the driving force in Product Management behind the development of the D80 at d&b. "The new amplifier was designed to include sophisticated functionality and control, the future possibility of interoperability with other manufacturers was also a consideration, this is where OCA fits in."

In essence OCA, developed by the OCA Alliance of companies that includes Bosch, Yamaha and d&b audiotechnik, is a method of 'talking' over Ethernet.

Being an open public communications standard, the target is for a common language that all pro audio manufacturers can use. "At d&b we have been using CAN-Bus for such a function with our systems since the 1990s, because it is very stable," continued Weber.

"It was also easy to implement, relatively inexpensive, but a little on the slow side by today's bandwidth standards. The new D80 needs to provide remote information very quickly, especially when adjusting EQs across multiple channels in live situations, so the foundation of the OCA Alliance was an opportunity d&b willingly joined. Is OCA as bomb proof as CAN-Bus? "Put it this way, we showed the potential to Skan PA in the UK and they were so confident of the stability of OCA they implemented it for the first time at the Other Stage at this year's Glastonbury Festival."

Tom Tunney, Skan's system engineer for the Festival saw it this way, "We were desperately waiting for the implementation of this protocol to become available. When I finally got my hands on a beta version, we immediately deployed it at Glastonbury to put it through the rigours of a festival to prove its stability and performance. This control and monitoring is a milestone for us, it makes the already outstanding D80 amplifier a cutting edge product. All happy faces here. Having used the same subwoofer array here for the last three years it was just astonishing to hear the array perform measurably louder, while the energy efficiency of the D80 saw lower power consumption. We are looking forward to deploying this system on our up and coming tours."

The release version of d&b R1 Remote control software V2.2.1, which incorporates the OCA protocol to communicate over Ethernet with D80 amplifiers, is available to download from www.dbaudio.com