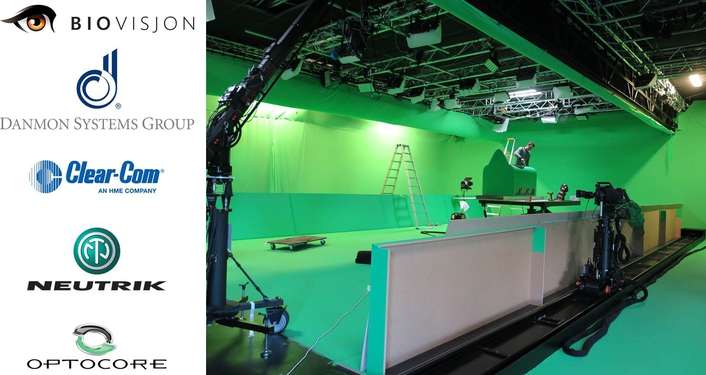 Optocore has sold the first of its powerful new M8 and M12 MADI bridges to Biovisjon, one of Norway's leading subtitling, dubbing and one stop ‘open platform’ television production facilities.

The installation at its studios in Nydalen, which gives them a vast MADI routing I/O (of around 700 x 500 channels), was carried out by Danmon Norway as part of an upgrade to continue servicing broadcasters such as Norwegian TV channel NRK, TV2 and TV Norge, as well as companies requiring content for TV, video, Web, IP-TV or other media.

Since Danmon and Biovisjon each boast more than 25 years’ experience — with a relationship between the two companies existing for much of that time — they were eager to explore all possibilities. And the investment proved to be a ringing endorsement of the MADI standard. 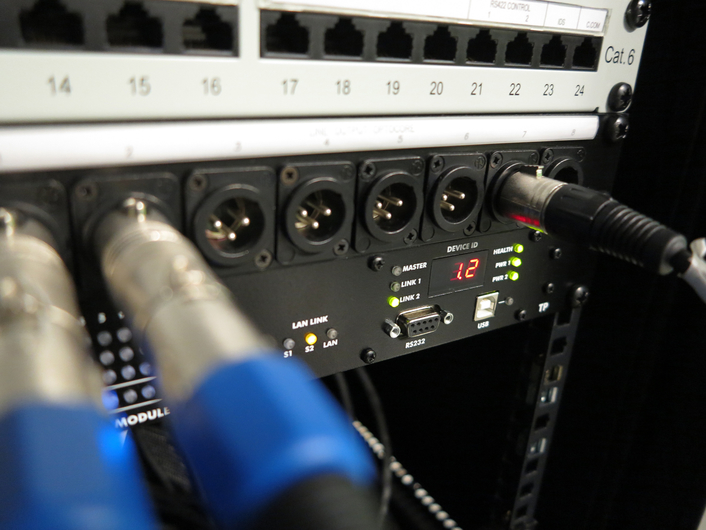 Although the original upgrade was to have been built around multiple DD2FR-FX and DD4MR-FX MADI devices, the timely release of Optocore’s M-series intervened. “It was a perfect opportunity for them to look at a more powerful option,” said Danmon Key Account Manager, Jens Vik. “It was an easy decision to make … not only would it be more cost-effective but it gave the system much more in the way of I/O.”

The new routing matrix has helped expedite Biovisjon’s expansion of their live studio capabilities from a single small studio to a second larger one, including a second control room. “Both studios needed control capabilities from either room,” Jens Vik explains. “To give them as much flexibility as possible between their new Studer Vista 1 desk and the old Yamaha DM1000, it made perfect sense to install Optocore — not only to make cabling as easy as possible, but also because the Optocore X6R mic pre-amps can be controlled by both mixers.”

The Bivisjon topography comprises an M8-OPT, 1 x M12-OPT/BNC standalone switches, offering single-channel routing and bridging. While the M12 in thecentral machine room connects the Yamaha console to Optocore’s Cat5 SANE protocol via the Y3R-TP card, the M8-OPT in the audio control room is used exclusively for the Vista 1 interface. And for future productions where a PA-mixer is required, the system is ready for expansion into DiGiCo as well. The user can specify which console controls which preamps offline and between productions (with reconfig carried out should the productions change).

An X6R-TP-8MI/8LO is also connected by Cat5 SANE to the M12, providing 8/8 analog connectivity in one studio, while a 32/32 Stagebox in the second studio consists of an X6R-FX-16MI, and X6R-TP-16LO. “We use Neutrik opticalCon quad to feed the box,” Jens Vik continues. “In this way we have a redundant ring going both ways through the stagebox, which is future proofed for further expansion. 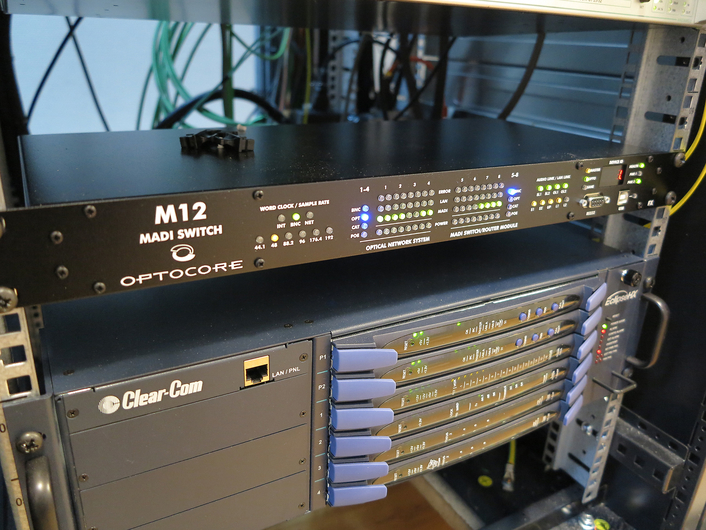 The M12 additionally interfaces with other broadcast equipment such as embedders and de-embedders and audio I/O to Clear-Com intercom system. “These are MADI I/O, so it makes the system very clean,” says Jens, adding that a Fairlight editing system is also fed with MADI from the M12.

The advantages of this implementation are self-evident, according to the Danmon  account manager. “With node based routing like Optocore, the physical footprint in the machine room becomes much smaller, which was vitally important, but at the same time future expansion is made very easy.

“The ability to share all inputs throughout the system demonstrates that Optocore is capable of handling any production — from easy recordings to large live TV.shows which also include live audience and PA-mixing. The ability to share I/O easily between PA and live is important.” 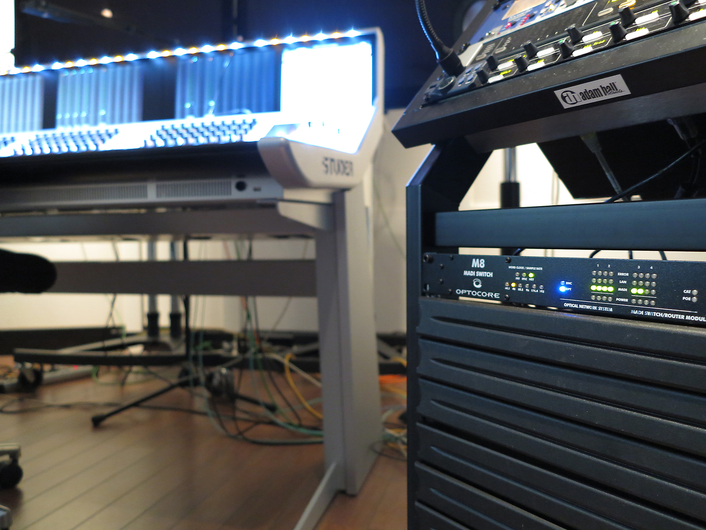 Finally, Danmon reports a general renewal of interest in the MADI format. “It is easy to use, and a standard that customers feel comfortable with.

“The M8 and M12 enable the customer to build a large matrix with a tiny footprint — at a good price point. The list of products that interface with MADI is so long that it makes perfect sense to collect all this in Optocore, not only for routing, but also for the simple distribution of signals. And since Optocore can be controlled by virtually all audio mixers, customers won’t have to change their I/O when they change their console.”