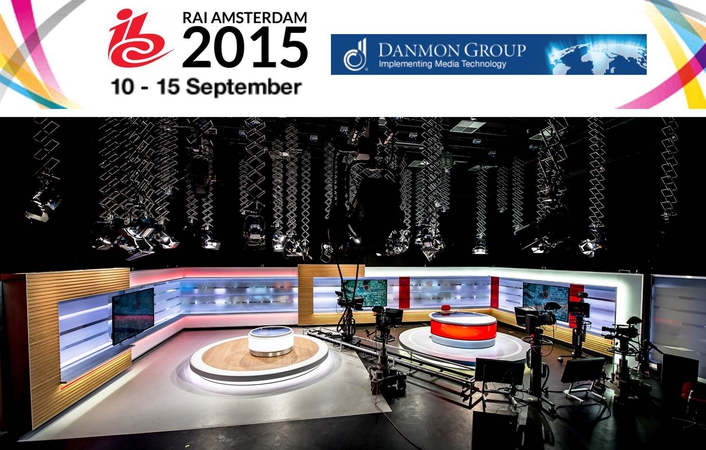 The company is one of the world's most experienced providers of systems integration support to television and radio broadcasters, post-production houses and professional audio studios, as well as the corporate, academic and government sectors. Danmon Group, Systems’ fields of activity include every aspect of broadcast and electronic media technology, from consultancy to production and postproduction, transmission and archiving, encompassing video, audio, graphics, streaming, audio visual and multimedia applications.

"We are seeing a dramatic shift in our business," says Peter Thomsen. "Broadcasters are rapidly moving their focus from linear to on-demand channels and OTT. This is accelerating the need to use commercial of-the-shelf IT, video-over-IP, virtualisation and outsourcing. Workflow orchestration and media asset management will form the core elements of many future projects; perhaps all of them. As systems integration service providers, our role is becoming more than ever oriented towards selling our experience and our knowledge-based capabilities. UHD has also become a key element of project planning, either from the outset or in the need to provide an easy upgrade path. These advances create a challenge but also an opportunity, not only for us but especially for our customers."

* A two-way live video and audio transmission system, based on cellular telephone modems and antennas, incorporated into a saloon car used for coverage of the summer 2015 Danish general election.

* A complete DAB+ radio headend system for the headquarters of the Danish Broadcasting Corporation at DR Byen in Copenhagen.

* A high-profile production facility in London for a major Middle-East-based news channel.