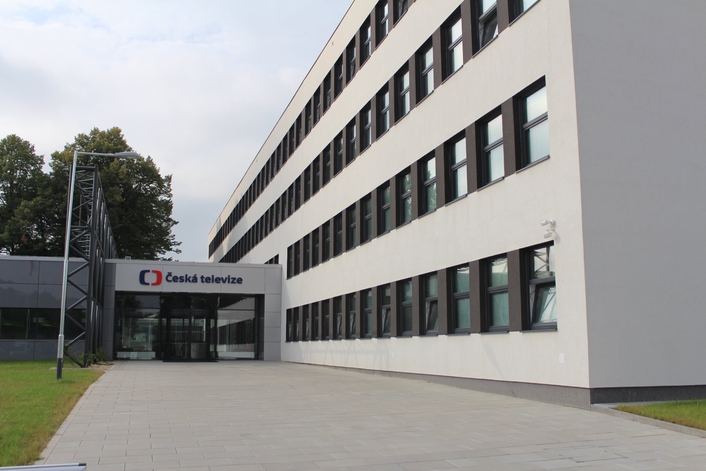 The studio’s inner city location, steeped with history, caused restrictions during productions and in order to comprise of a future-proof studio facility with sophisticated IP-functionality, the public broadcaster decided to build a new facility on the outskirts of Brno. In their own words Czech TV wanted to build the TV complex for the 21st century. To achieve this goal, the broadcaster trusts in equipment and workflow solutions by Lawo.

To this end, all audio in the studio are produced, transmitted and controlled using Lawo’s network, audio, video and workflow control technologies. Overall control within the complex is achieved using Lawo’s VSM Broadcast Control and Monitoring System, which handles all audio and video signals plus additional functionalities.

Within the Brno facility’s three studios and three control rooms two mc266 MKII and one mc²56 MKII with HD Cores have been installed. For audio embedding/de-embedding, four Lawo V__pro8 video processing units have been installed and connected to the Cores via redundant MADI lines. The VSM system is using software panels for configuration and management of a number of Lawo V_pro8 8-channel video processors. All audio signals are routed via a Lawo Nova73 HD audio router, including those from some legacy equipment.

Key to the success of the new facility is the flexibility of its workflows, which can be instantly recalled for different productions without time-consuming reconfiguration and time-outs. To ensure this, a sophisticated and reliable control system is in place. 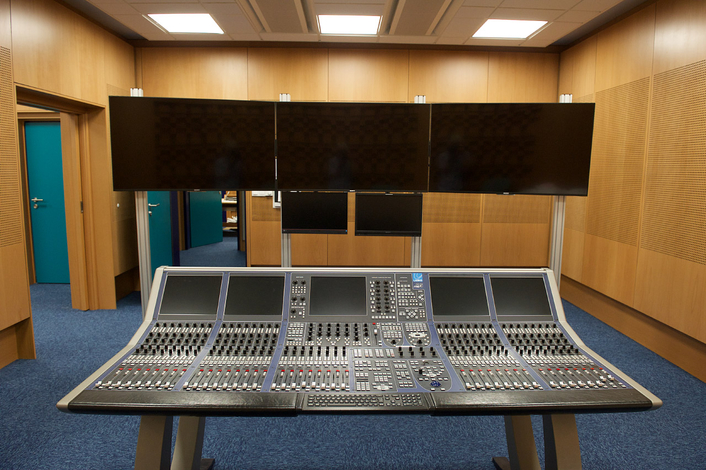 Since the VSM Control and Monitoring System is hardware independent and works on an IP-backbone, it seamlessly integrates with all kinds of equipment, and has access to many different parameters. Within the new facility the VSM system controls the switching of the audio and video router, using both hardware and software panels running on standard PCs. In the Brno studio, an Imagine Platinum router (VX 4RU) provides the central video router. Three Sony (MVS Series) video switchers are employed in the studios where VSM has access to Crosspoint Connect, Key Assignment, Output Assignment, Source Labels as well as Tally signals.

VSM also defines and controls the tally signaling system. The on-air camera’s output is highlighted into the multiviewer. The Tally system includes the above-described video routers and three FOR.A MV-4200 multiviewers with VSM handling the labels. 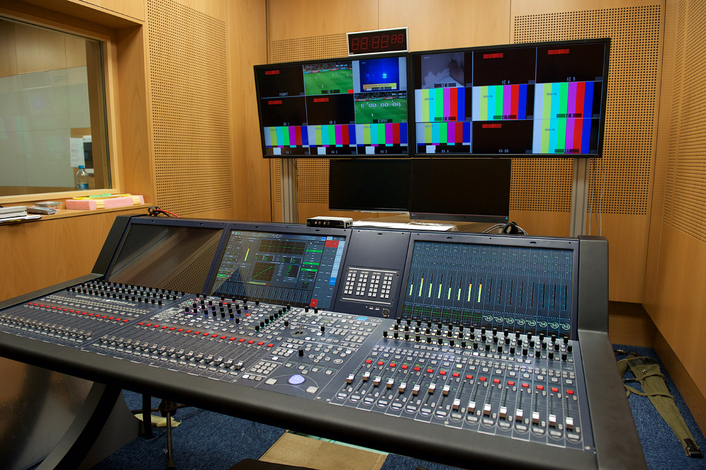 Additionally, the control system defines the "audio-follow-video" function – switching a camera on the video switcher output causes the respective fader to open on the audio mixing desk.
Although the equipment monitoring function is not yet required in the Brno facility, Czech TV requires the control system to be expandable and ready for this functionality by using SNMP, which is an integral part of the VSM system.

All equipment in the facility is addressed and controlled by the VSM system using Ethernet, RS422 or GPIOs, or proprietary protocols. Due to its large base of implemented protocols, VSM can talk with certain equipment via proprietary protocols – as, for instance, with the Imagine Platinum routers using the Leitch protocol. With VSM, the customer is able to perform configuration changes in real time – without the need to disconnect the device.