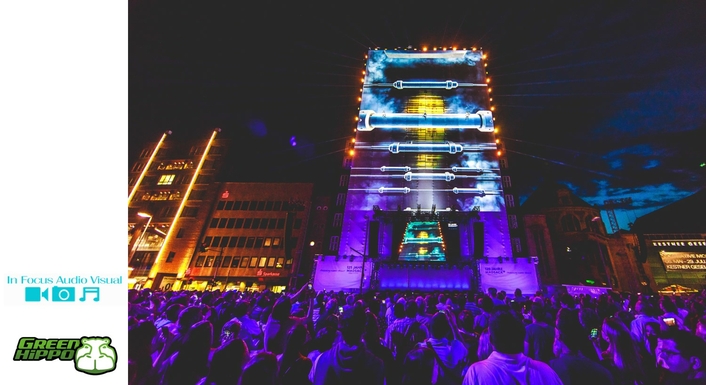 As an experienced production video engineer, Steven Jackson of InFocusAV creates video management and playback solutions for clients in touring theatre, musicals, conferences and installations, both at home in the UK and internationally. He is as well-versed in the nuts and bolts of creative video as anyone in the business – and for much of his career, the Hippotizer platform has been an essential part of his professional toolkit.

“At secondary school I was always involved in music performance. We had a fantastic teacher who brought in a PC and recording equipment to class. I started to use it and that put me on the path I’m on now,” says Steven, recalling his first tastes of entertainment technology. 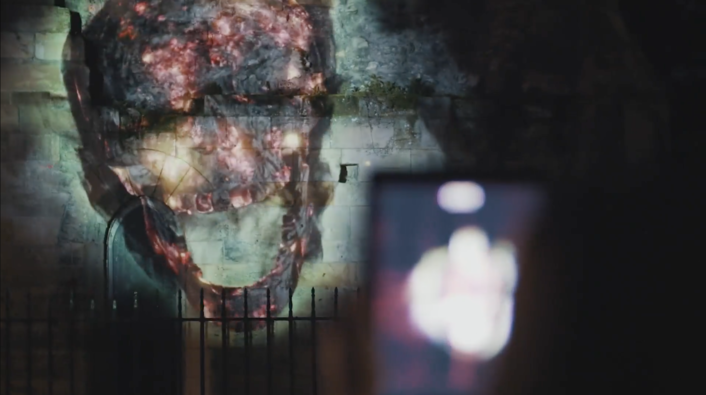 At university, Steven studied Music Technology while working for a local sound and lighting company servicing a wide range of events. He encountered Max/MSP software, which fuelled his interest in video, sequencing and software, and had his first experience of Media Servers. “These were Mac machines running software, or our own applications we’d developed through Max/MSP,” he says. “However, as with everything, there is never enough processing power for creativity!”

At this time, working on a project for Imitating the Dog theatre company, Steven met Alan Cox. Now managing director of CAPO, a specialist in video and control system design for theatre and live events, Alan remains a huge influence in Steven’s career. “He brought along a Hippotizer V3, and from then on I began to use Hippotizer more and more. The flexibility and connectivity of these machines, enabling both playback and control possibilities as a solution within one piece of software, was fantastic,” he says.

With both real-world event production experience and deep technical knowledge of software and systems, Steven was well-placed as a problem-solver. “I’m most drawn to projects requiring clever connectivity solutions, and creative works which integrate live performance with technology,” he says, “and to larger video systems that require wider system connectivity and control for them to work seamlessly with the show.” 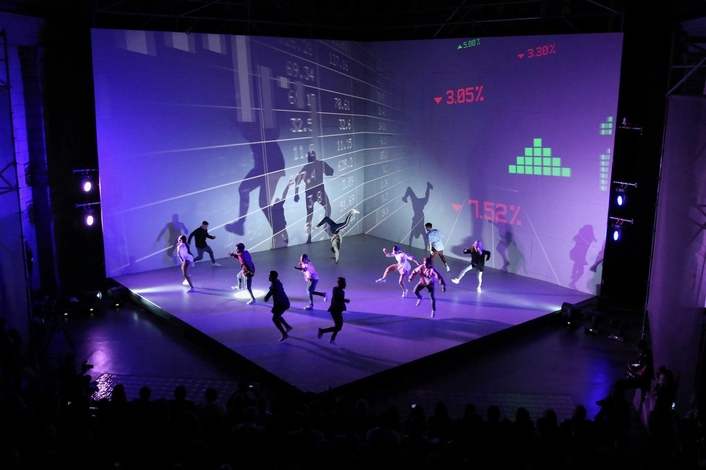 With the programming skills to understand the inner workings of Hippotizer, Steven was particularly attracted to the platform’s accessibility and the additional possibilities it presented. “The ability to expose the Pins within the software is a major advantage. It enables customisation and control of the Hippotizer, which is a very powerful asset.” 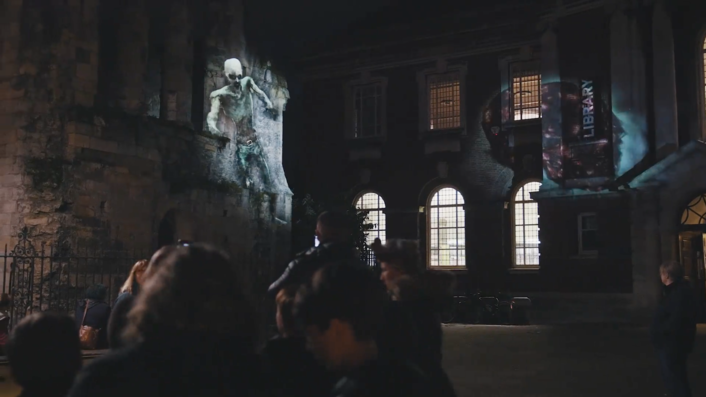 He also highlights other enabling features of Hippotizer. These include components such as Multicontroller and Macro Manager, via which the server can control external system elements while still allowing all sequencing to be controlled from the one machine, and the scalable nature of DMX control and timeline for both the small and large shows, increasing flexibility and opening up possibilties for solutions to creative ideas. He is a fan, too, of Hippo Prep, which enables him to work remotely without needing a full Media Server to hand.

“I’m also very keen on SHAPE,” he adds. “Combined with Hippotizer, SHAPE is incredibly powerful for both previsualisation and mapping to line-up on site. Native import of Cinema 4D files really helps with the workflow process. The Pins in SHAPE, as with Hippotizer, are also available for manipulation, which again adds full control and flexibility to the whole package.”

With ever increasing use of 3D in the workflow process, Steven finds himself using SHAPE more and more. “Initially, I used it on outdoor mapping projects,” he explains, “but now I use it on almost all projects. The ability to build the project in Cinema 4D, then import it into SHAPE to enable visualisations for clients, is a very powerful tool. 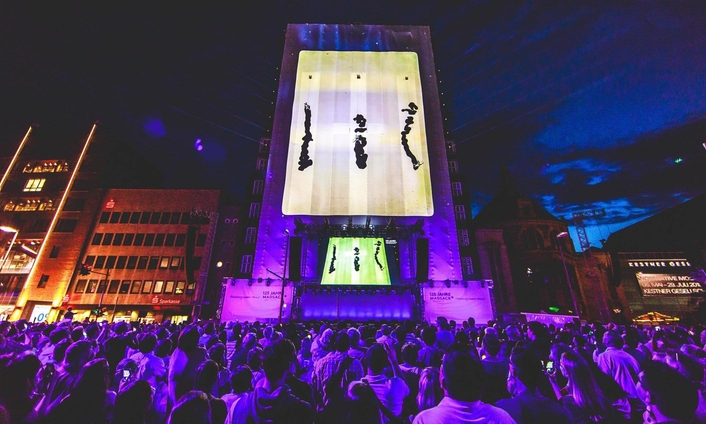 “Once we’re established in the Hippo workflow, I can get the content team to natively render in FlexRes, saving time onsite. With the whole system networked and managed correctly, we can work really efficiently. Using tools such as NDI within the software also enables for quick onsite illustrations, again saving long render times during the creative process.”

Discussing some of the highlights of his work with Hippotizer, he says, “One that stands out is the Blue Man Group World Tour, which we tech’d in Singapore. Blue Man by their very nature are very creative and the system reflected that. The creative and technical solutions on that show were fantastic - it was great to work with such a creative and dedicated team.”

Steven also cites a major projection mapping project for creative agency battleROYAL in Hannover. “We had aerial performers running up the front of the building, who were tracked. We used this data to effect a notch block for live performance interaction on a large scale.” 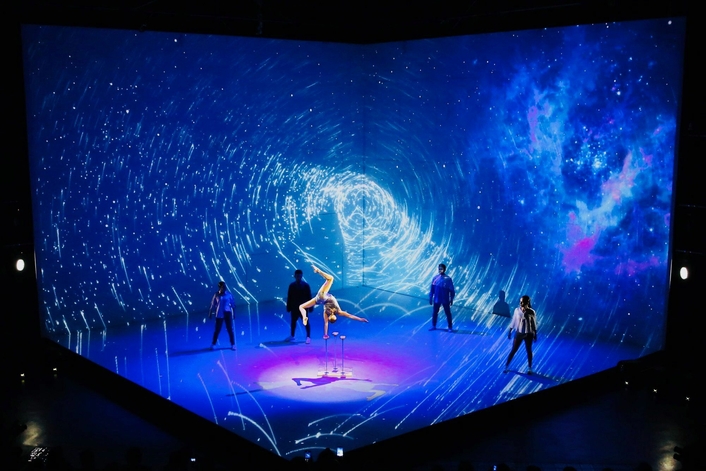 Another challenge was Rocky: Das Musical in Stuttgart. He explains, “This was a very complex video show, with 12 projectors, three live wireless cameras, five PTZ cameras and automation tracking. The challenge was to control all of these separate elements through Hippotizer, via a lighting console. The show had previously been done on Hippotizer V3, with custom control elements by Green Hippo’s Nigel Sadler. The V4 Multicontroller enabled the system to control all these different elements seamlessly. 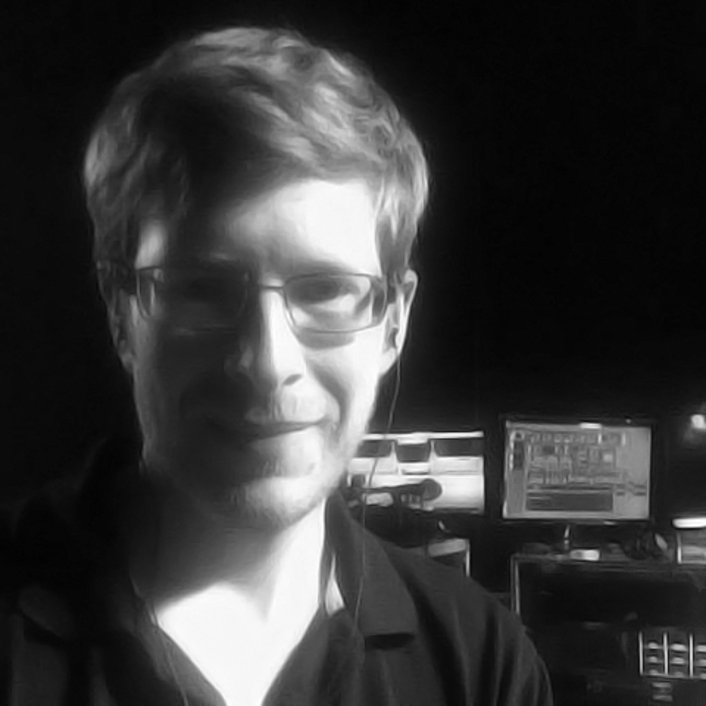 “We also used SHAPE for two huge set-pieces that were tracked with data from automation. Everything was thrown at video, yet Hippotizer was able to take it all on and control, distribute and - of course - play smooth video across all the surfaces.”

For Steven, the biggest challenge of all is the speed of technological advance. “Projectors, software, control and connectivity change so often I’m constantly learning and researching new options. It’s a challenge to keep focus, but it’s amazing that no two shows will ever be the same, for this very reason.”

Happily, Steven knows the Green Hippo team will always be there with him. “Their support and genuine interest in theatre and performance is fantastic,” he says. “If there’s a project that requires a slightly unusual solution, or simply a question of ‘how can that be done?’, I know they’ll be happy to assist with solutions and ideas.”