The UB40 tour’s show design was a collaboration between Bryan Leitch and Jamie Thompson from creative practice MIRRAD. Jamie was also out on the road operating the lighting alongside Francis Clegg from MIRRAD who co-ordinated and ran the video elements live.

Large format projection is an area that Colour Sound has been considering for some time. The company has already invested steadily over the last five years in LED screen and has its own proprietary BT brand. MD Haydn Cruickshank (H) commented, "Projection was a logical next step to complement the growing amounts of different LED surfaces we can offer. It was great to land UB40, and with this and another major project both needing high-impact projection, the time was right!" 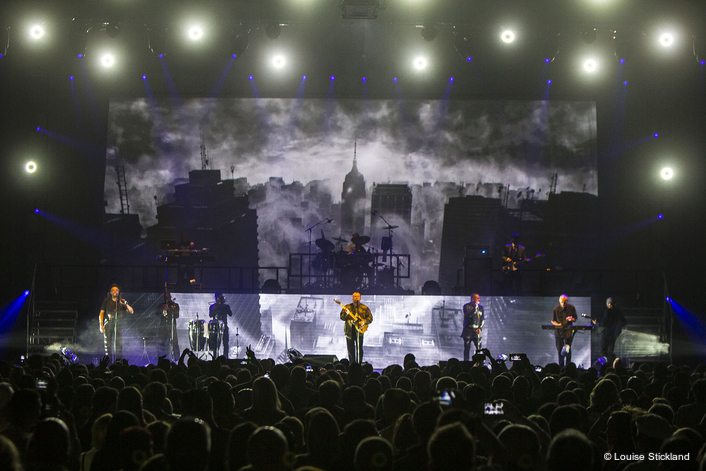 On UB40, the projection screen was the upstage cyc and active throughout the performance    showing a mixture of content commissioned by MIRRAD and produced by Dan Robertson especially for the tour. It was a mix of ambient effects, some texturing treatments to match the lighting plus more literal footage and clips. 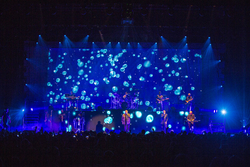 The two projectors were rigged on the front truss and run as a double-stacked pair with wide angles lenses and the image overlaid for enhanced brightness. It was a good match with the 40 ft. wide x 5 ft. high strip of HD BT6 LED screen cladding the riser fronts of the double level stage set.

The starting point for the lighting design was actually the fact that the band wanted video, so the fixtures were carefully positioned for clear sightlines to the cyc and to avoid spillage. 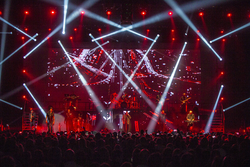 Above the stage were three lighting trusses – with the cyc hung off a ‘rags’ truss at the back. The backbone of the lighting rig comprised 36 x Robe BMFL Spot moving lights spread out across the trusses, with some on soft-ladders at the sides as well as on the floor.

Although a relatively moderate amount of hard-edged fixtures for an arena tour, 36 x BMFLs can go a long way, and their multi-functionality was maximised to fill the stage space and make the rig look massive!

The wash lights were all Robe LEDWash 600s apart from the front truss, where LEDWash 1200s were used, and some Chauvet Rogue R2 Spots on the floor kicked in for side lighting.

“We took a retro approach in some ways to match the style and vibe of the music” explains Jamie. It was fundamentally spots and washes doing the base lighting, layering colour onto the stage and making beam patterns, with effects and specials then built up on top of this base as appropriate. 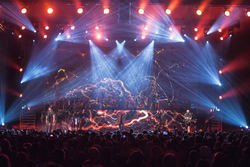 A few specials included six Clay Paky A.leda K20 B-EYE K20s positioned along the top of the riser and utilized for some nice pixel-controlled effects that looked particularly good combined with the individual ring zones of the LEDWashes. A splattering of 4-cell blinders and some ETC Source Fours for keys rounded off the lighting count.

It was clear that much thought and detail had gone into planning the cues and working the lighting and video together into a coherent ‘visual vehicle’ rather than two separate mediums vying to get attention!

“UB40 is not about the lightshow and production, although how it looks is very important to them … but people come to see the band, so everything we do on their visuals is about enhancing that aspect of the audience experience” says Jamie. 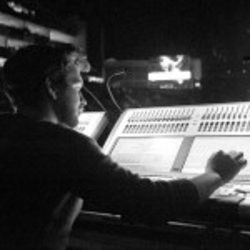 With only one day of production rehearsal, a considerable amount of WYG’ing preceded, allowing them to be well prepared despite the short lead-in time!

Jamie ran lighting from an Avolites Sapphire Touch console and Francis used another one to trigger the AI media server – both the consoles and the server were supplied to the tour by MIRRAD.

Colour Sound’s crew were Jon Rickets and Toby Lovegrove … they Jamie and Francis made a great team.

On Colour Sound Jamie comments, “The fact that H made the investment in the kit we needed was really impressive, Both Bryan and I enjoy working with Colour Sound … nothing is ever too much, they all have an excellent attitude and are very nice people to deal with”.