Their ability to withstand the stresses of onboard car recording and deliver exceptional audio quality made them the perfect microphone choice.

Codemasters, one of the UK’s most successful videogame developers, has extended its use of DPA d:dicate™ Recording Microphones to capture the sound of high performance cars for its latest title, DiRT Rally.

Chris Jojo, Senior Sound Designer and the Principal Sound Recording Engineer for Codemasters Racing, says: “For me DPA is synonymous with AAA quality and innovation. It is one of the few leading microphone manufacturers that produces microphones and supporting accessories capable of withstanding the stresses of onboard car recording and delivering consistently exceptional recording results.” 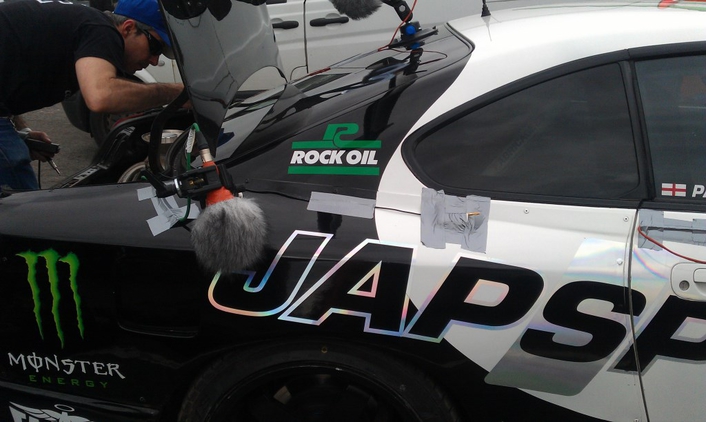 Since its formation by the legendary Darling Brothers in 1986, Codemasters has carved a niche for developing motorsports titles such as the GRID series, the DiRT Series and official games for Formula One. Jojo, who is based at the company’s Southam Studios HQ in Warwickshire, is responsible for the sound design and technical audio integration for all Codemasters Racing titles. He also looks after field, prop and foley recording and sourcing and onboard sound recording of sports cars. 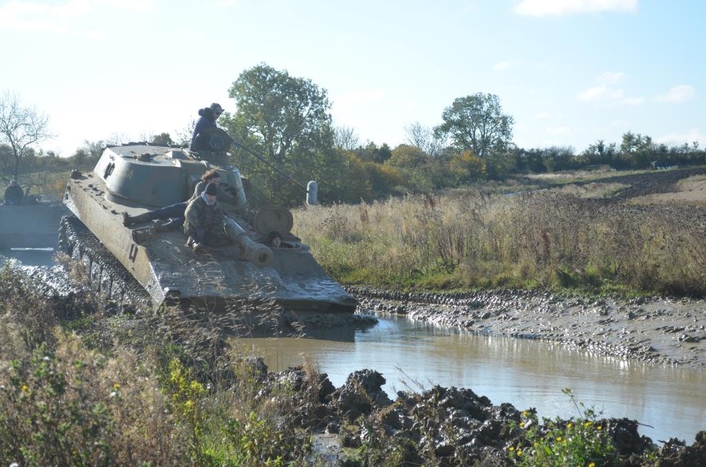 “Codemasters' Central Audio Department have been using DPA products for 15 years,” he says. "Our stock includes d:screet™ 4062 miniature omni lavalier, the d:dicate™ MMC4011 cardioid, the MMC4007 omni and the MMC4018 supercardioid capsules – all powered by DPA MMP-A Preamp bodies. More recently, MMP-ER Modular Active cables have been employed for field, prop and foley recording and for capturing onboard engine, exhaust and mechanical audio. These could include forced induction, differential, suspension and transmission across a wide spectrum of vehicles for all our motorsports titles.” 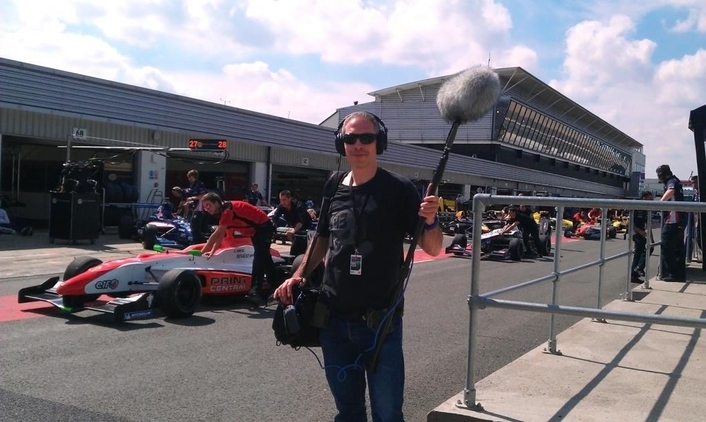 For DiRT Rally, which is currently enjoying a Metacritic score of around 86%, d:dicate™ 4007 omni, 4011 cardioid, 4018 supercardioid and d:screet™ 4062 omni miniature microphones were a permanent fixture. Microphones were used across a whole slate of onboard recordings, ranging from classic Rally Era historics, Group B, A and 4 cars, as well as contemporary World Rally Championship and World Rallycross cars.

“The 4007 omni was often the primary mic of choice and channel for both engine and exhaust recording,” Jojo explains. “It was positioned a few feet from the source for a more diffuse ambient effect, serving as the foundation binding the other chosen ancillary, close mic’d and discrete channels together at mixdown. It was generally mounted in the centre of the firewall in an engine bay, with one or more mounted above, centered on an exhaust via pressure cups, Manfrotto arms or taped over blocks of memory foam for optimal off-axis positioning.”

DPA’s d:screet™ 4062 miniatures were used as workhorse mics, often applied where there was limited space inside the engine bay, while d:dicate™ 4011s were consistently used for both engine and exhaust as ancillary channels, for close mic’ing detail, targeting induction and flanking the engine block. In situations where a more focused approach was required, for example isolating the sound of a dog tooth gear box, waste gate chatter or gravel and stone kick-up in a cabin, Jojo used 4018s. All mics were routed into a Sound Devices 788T Digital Audio Recorder with either a -10 or -20 dB in line attenuator at input.

Most car recordings for Codemasters’ titles are conducted on track, with the team rarely using chassis dynometers and rolling roads due to their inability to run off-load decelerations, which are integral to the timed cues needed to build in-game audio engines.

“I generally set up a few heavy boom stands with shotgun mics or have an assisting recordist shoot along the run of a track to pick up any ‘wild takes’ of the car manoeuvring, pass-bys, detonations/overruns or tyre squeals,” Jojo says. “Safety is always a primary concern: for protection against exposure to engine and exhaust heat, mic enclosures and cabling are fire treated with fire retardant tape and shrouds, securely rigged with fireproof ties and chased into the audio logger. Onboard mics also have to be protected against wind and airflow.”

Another important consideration is SPL tolerance and transient response, especially as some exhaust levels, overrun pops and detonations can often exceed 135 dB.

“d:dicate™ 4007, 4018, 4011 and d:screet™ 4062 mics can deliver the SPL tolerance, resilience, exceptional clarity and response that I need,” Jojo Says. “My personal favourite is the 4007, which is indispensable for recording engine and exhausts. The off-axis response yields a full-bodied detailed recording with exceptional transient response and pin-sharp clarity. Equally impressive is the low noise level. What is truly unique about this particular omni condenser is its surprising resistance to mild wind buffeting and plosives. I often use the 4007 in tandem with a 4011 on exhaust recording: the 4007 above an exhaust, with the 4011 in close proximity to the pipe, side-on. The 4007 provides a natural ambient bed for the ‘bite’ and CU detail captured by the 4011. Also, it often supports the ancillary ‘character’ engine/exhaust mic channels which can be blended into a mix to highlight a specific attribute.”

Much like the cars that the mics are being mounted on, the technology isn’t static and keeps evolving too. Jojo points to the introduction of DPA’s MMP-ER/ES active cables as a great time saver, allowing the team to accommodate larger DPA diaphragm capsules in tight spaces.

“The MMP-ER/ES and 4062 Lavalier extender cables have far less bulk and weight, speeding up the rigging process,” he says, “and when you’re mounting up to 10 mics on nearly 50 cars and then trying to capture the sheer breadth of different audio scenarios required to power a game like DiRT Rally, speeding up any part of the process is a good thing.”