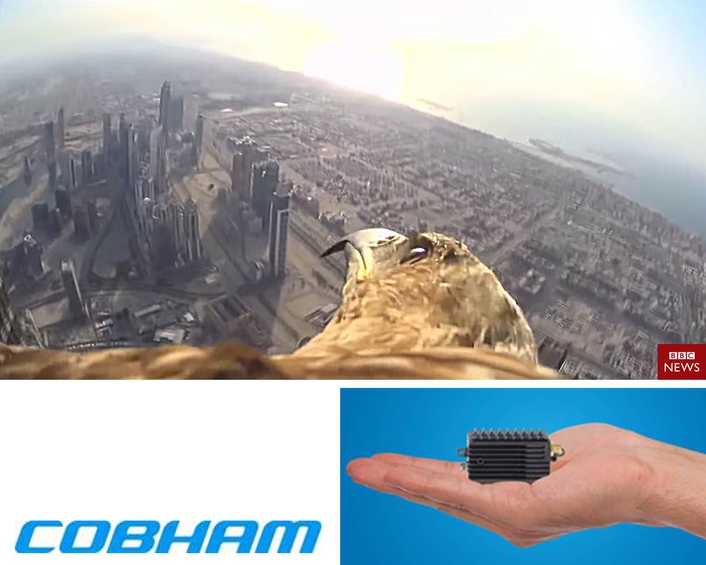 .
Cobham Broadcast, the RF specialist company, has announced that its SOLO7 HD Nano TX was used to transmit live video from the highest recorded release of a bird from a man-made structure, descending from Dubai’s 829.8-meter (2,722-foot) Burj Khalifa tower. The event was to raise awareness of eagle conservation by the Freedom Conservation organisation.

“Darshan”, a male Eastern Imperial Eagle with a two-metre wingspan, was equipped with a 300 gram Sony ActionCam and a Cobham SOLO7 HD Nano TX, which was used to capture and transmit stunning live footage of Darshan’s circuitous descent from the summit of Burj Khalifa to his trainer from Freedom Conservation, Jacques-Olivier Travers. 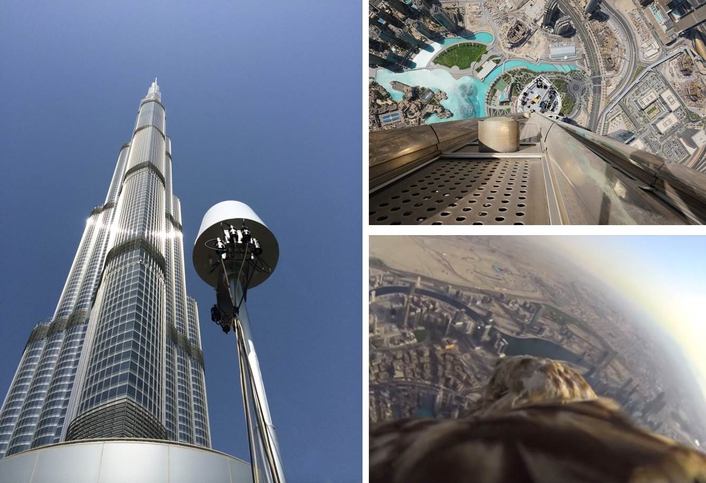 Two falconers, accompanied by two support staff hanging from the spire at the very top of Burj Khalifa, set Darshan and his payload on his way on a bright, cloudless March day; the results of which have now been seen on multi-platform news and feature programmes around the world.

According to Cobham Head of Broadcast Sales, JP Delport, “We were in the region over the New Year, supporting our work with the Volvo Ocean Race, when we were approached about devising a way to use our technology to transmit live from an eagle. While sailing and soaring are separate circumstances, each with their respective challenges, it was a unique opportunity not to be missed.

“Our first and foremost reaction to being approached about Darshan’s flight was to ensure the safety and well-being of such a magnificent and endangered bird of prey, the conservation of which we wholeheartedly support. Secondly, guaranteeing live video transmission in an application that had never been tried before was, at first, a daunting prospect. However during January and February 2015, SNG Broadcast Services FZLLC Managing Director, Ken Suckling, who was consulting for H.H. The Crown Prince of Dubai Offices helped to design the transmission system arrangement that would complement the bespoke antenna and harness devised by Project Leader Mohammed Omar Al Muhairi from the Crown Prince Offices and Dr. Michael Gnoth, G.M .of Optimal Connectivity LLC. This had to fit Darshan, and complement the overall live video transmission system.  We’re very proud to say that our SOLO7 HD Nano TX was a key component of that system and, with Darshan and the Freedom Conservation organisation, delivered a performance of the highest order.” 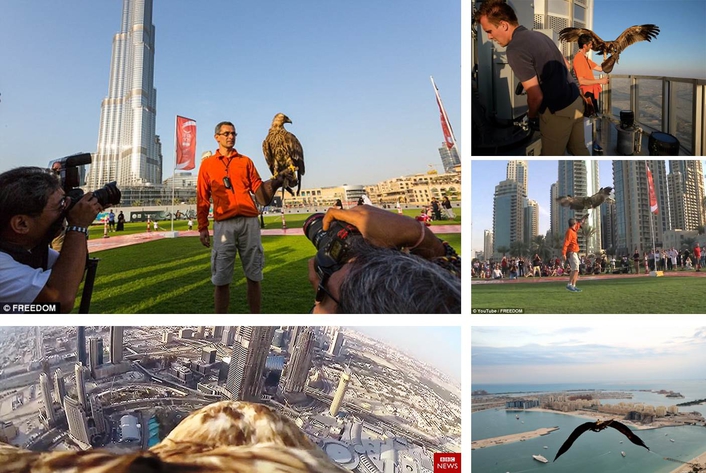 Delport adds, “Eastern Imperial Eagles like Darshan are threatened with extinction and have nearly vanished from many areas of their former range. It’s especially gratifying that our technology played such an important role in bringing their plight to the world’s attention.”

Footage of Darshan’s breath-taking live descent can be found here and on many other platforms.

An Endangered Eagle’s Perspective of London
AVIWEST Teams Up With Cob...ntribution Over Satellite
Cobham Capture Burj Khali... for Airfilms Productions