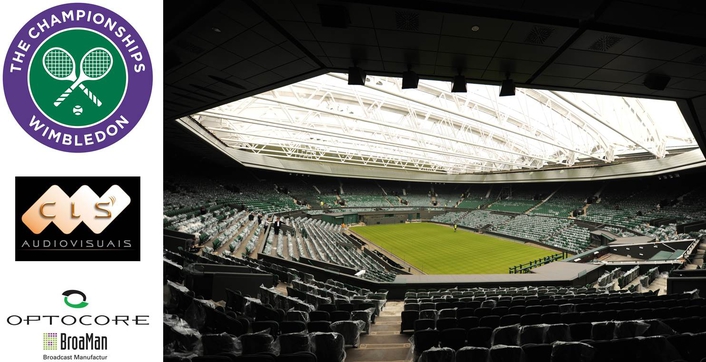 The company has purchased a system from the company’s territorial dealer Garrett Audiovisuais, installing the 1RU multi-format transmission device in one of their full HD camera and control OB’s in time for the recent Wimbledon Tennis Fortnight.

Mux22 series is ideal for OB truck applications. In one rack space it provides every type of signal which is required between the truck and the remote stagebox.

The device offers every signal needed in 1RU, combining 3G/HD/SD-SDI I/O with Optocore and SANE digital audio networks — and can transport video, as well as audio and data, on a single duplex fibre. In this instance CLS has constructed a point-to-point system with 12-in/4-out at one end and 4-in/12-out at the other.

Configured with a master control room and two galleries for beIN Sports (MENA) in France, CLS’ OB truck includes a studio, two commentary positions for each plus reporters and ENG crews.

For the past two years Wimbledon has formed an essential part of their busy international sports schedule and the Mux22 enables them to uplink the signal, elegantly and economically, to the studios in Paris.

CLS Audiovisuais’ historic relationship with Optocore, and the reliability of their products, played an important part in their decision. “We have been working with Optocore since 2006, so we know their products well,” said CLS owner, André Senos. In fact four X6R-FX AD-DA of their network converters are incorporated into the OB van signal chain. 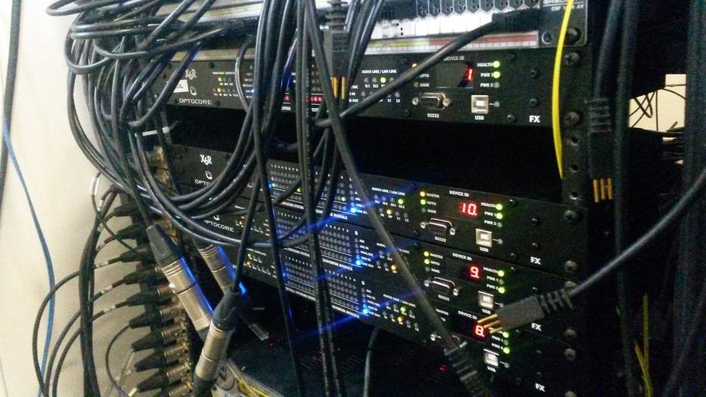 The CLS rack in use at Wimbledon

“We had been seeking a solution to and once we had seen the product at IBC in Amsterdam, and Garrett had arranged a demo we knew this was the right technical solution.”

During Wimbledon Tennis Fortnight, the OB van received 14 signal feeds from host broadcaster, the BBC over a distance of 250 metres from the transmission centre; they were one of 2500 broadcasters providing an HD experience from all nine courts to viewers in more than 100 countries.

“Mux22 enabled us to take a lot of HD signals and transmit down a single fibre,” concluded André. “Everything worked extremely well.”

As for Garrett Audiovisuais, set up in 1978 they have been working with Optocore virtually since its inception, and with their impressive portfolio of audio, lighting and video brands are geared up to meet the ever more demanding AV requirements from customers in the so-called PALOP countries.