The 783-seat National Memorial Theater hosts performances from community and school groups as well as amateur and professional musical, theater and dance groups. The majority of the events that take place at the venue are amateur productions, requiring a more hands-on approach by the professional staff. At the same time, the theater typically runs skeleton crews to keep costs down for its clients. Clear-Com’s Tempest2400 and Encore intercoms, supplied by Jands Pty. Ltd., Clear-Com’s Australian Channel Partner, have provided a massive boost to the theater’s workflow, enabling the crew to be anywhere and do anything without compromising productivity. The systems also permit the theater to seamlessly integrate other intercom systems into its permanent Clear-Com setup, a capability that was previously impossible with its aging intercom system. 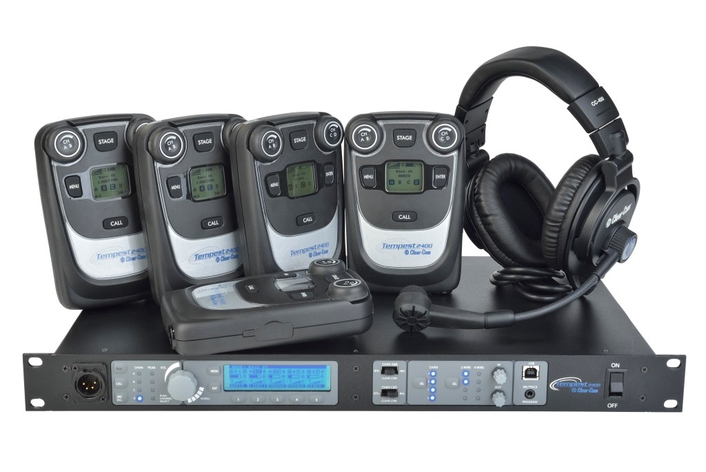 “For any production, I might have the person running the lighting console during the show and then serve as the rigger after the performance. Similarly, the stage manager may also act as the flyman, while the floor electrician may also be a stagehand, among other double duties,” explains Mick Crozier, Production Manager and Head Technician at the National Theater. “It’s important that we remain in contact, wherever we may be, so that we can stay abreast of any upcoming cues. I can’t tell you how much easier it is with Clear-Com because we’re able to move freely and talk with the production crew. The audio quality of the Clear-Com systems is astounding—they’re much clearer than our previous system and are great when a performance gets loud. Clear-Com has a reputation for high-quality, reliable and long-lasting products, so I know these systems will be able to support the different performances that take place here.”

Previously, on the larger shows, the single production channel was so cluttered with conversations that it was difficult for people to understand each other. The two-channel Tempest system provides two isolated communication paths to minimize the number of conversations on each channel. Lighting effects, followspots and floor electrics or audio, mic tech and the musical director speak on Channel A while all others are assigned to Channel B. Another useful feature of the Tempest system is the menu-lock function on the beltpacks, preventing non-professional crew members from accidently changing the settings during a performance.

The Tempest2400 BaseStation and Encore partyline main stations are installed at the stage manager’s desk. There is also an Encore speaker station in the stage office, which lets the theater’s supervisor or tech on duty to monitor crew communications for any issues with a particular production. The theater has also run a dual communications loop through the stage and auditorium, so wired beltpacks can plug into either loop from just about anywhere.

“In a live production environment such as the National Theater, where crew members are covering multiple positions, communication is critical to keep productions at a professional level,” says Peter Giddings, Clear-Com’s Senior Vice President, Global Events. “As the most comprehensive systems in the market, Clear-Com’s Tempest and Encore systems provide the crew with the right capabilities to make that happen.”

Clear-Com, an HME company, is a global provider in professional voice communications systems since 1968. We develop and market proven intercom technologies such as Analog & Digital Partyline, Digital Matrix, Wireless and Intercom-over-IP systems for critical communication applications in broadcast, performance venues, military, government and enterprise markets. Recognized for our legacy of intercom innovations, production teams around the world have come to depend on Clear-Com for clear, reliable and scalable communications solutions