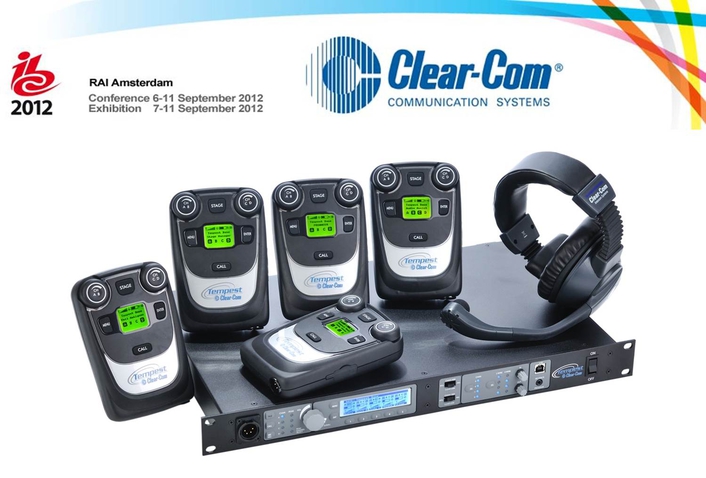 .
Clear-Com®, a global leader in critical voice communication systems, is showcasing the Tempest®2400 with Seamless Roaming capability and Tempest®2400 MasterBelt digital wireless intercom for the first time in Europe at IBC 2012 (Stand 10.D29a).

In addition to the advanced features, reliability and robustness that are the hallmarks of the Tempest intercom family, the Tempest2400 Seamless Roaming and Tempest2400 MasterBelt offer even more coverage options for users. They are ideal for broadcasters working multi-venue sporting events as well as those requiring ultra-portable communications.

The Tempest2400 Seamless Roaming feature affords broadcasters the ability to move freely and wirelessly throughout large venues that are separated by sizeable distances, such as multi-studio complexes and sports arenas. This ensures that users can walk from one coverage area to another without interference or dropouts. The Seamless Roaming feature allows BeltStation users to migrate between as many as 16 different Tempest2400 BaseStations (coverage areas or zones), allowing audio professionals to focus on critical production cues rather than on the settings of their wireless BeltStations. Both Seamless Roaming and iSelect Roaming are available to accommodate virtually every application need.

Tempest2400 BaseStations are linked together with the newest ZSync (Zero Synchronization) Technology. The ZSync Technology provides a zero-sync reference that coordinates the hopping patterns of all connected BaseStations every time the system is powered up, irrespective of random time variation in power-up sequences. This provides improved system performance and a seamless wireless experience. 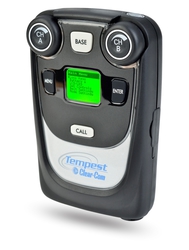 Ideal for mobile productions, the Tempest2400 MasterBelt offers most of the advanced features, reliability and robustness of the original Tempest2400 rack-mount BaseStation within a compact, portable package. This enables users to coordinate and communicate hands-free. One MasterBelt can be paired with any standard Tempest2400 CP-222 two-channel BeltStation to create a full-featured two-channel system operating in 80MHz of spectrum in the 2.4-GHz band. The MasterBelt itself also functions as a BeltStation, allowing communications between up to six full-duplex wireless users. The MasterBelt includes a rechargeable lithium-ion polymer battery capable of up to eight hours of operation. It can also be powered by three standard AA alkaline batteries as a backup, providing four hours of operations. As with all Tempest wireless systems, it does not interfere with traditional wireless microphone, IFB or in-ear monitor systems that operate in the UHF band.

All Tempest systems are designed to be comfortable, rugged and robust, and can operate in harsh weather conditions. Each is protected by a durable, weather-resistant ABS co-polymer blend with a high-performance polyurethane over-mold.

Tempest2400 systems offer three different modes of operations—normal, shared and split. All modes are supported under the Seamless Roaming function. A single Tempest2400 in normal mode can support between one and five full-duplex wireless users who always need to speak on the intercom system. However, in split or shared mode, an unlimited number of users can monitor the conversation and share talk capability. A combination of Tempest systems operating in either normal or shared mode can co-exist in the same environment for the ultimate in flexibility.