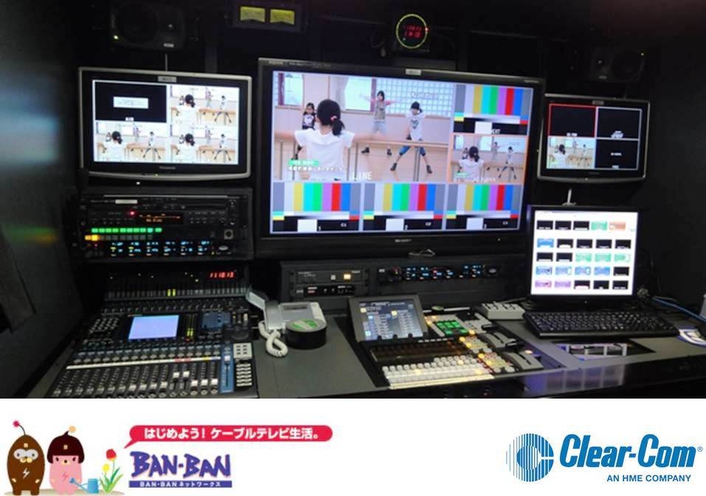 The Eclipse-PiCo permits the BAN-BAN TV crew to have faster access to communications and information when covering a live event or news story on location. This is important because in addition to being a cable TV provider for the Harima region, BAN-BAN TV also runs a community station where it produces local news and events coverage. When the company sought to update its OB van to HD, it also wanted a more flexible intercom system. Its previous system only offered the ability to perform a call page to all crew members. With the Eclipse-PiCo, provided by MTC, Clear-Com’s distributor in Japan, BAN-BAN TV now has a reliable system that has tailored communication paths to allow a quick response when issues occur, especially since only one person is assigned to each position.

“Before installing Clear-Com, the crew members would have to discern their cues from a plethora of simultaneous conversations, which was often difficult and confusing,” explains Mr. Hiroshi Fukuda, Manager of the Organization/Production department at BAN-BAN TV. “Clear-Com’s Eclipse-PiCo has made the configuration easier, communication clearer and production process smoother. In addition, Clear-Com products are already used by the many sound and lighting companies that handle the government events we cover. Since we work with these companies, it is nice to have a system that easily integrates with their systems, allowing us to communicate during joint productions.”

The actual setup of the Eclipse-PiCo system changes depending upon the production, but all the staff communicate via the V-series panels. Mr. Naoki Emura, Deputy Director of BAN-BAN TV’s organization/production department, configures the settings for the Eclipse-PiCo system with the Eclipse Configuration Software (ECS). The channel configuration is based on two partyline groups. One channel is assigned to the cameraman group, which deals with issues related to engineering work and another is dedicated to the floor director group, which is primarily occupied with production work. This allows each group to communicate on a separate channel or with one another when needed. 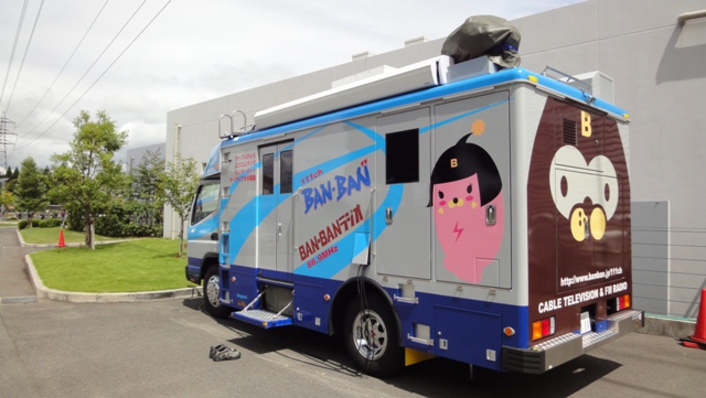 “Exploiting the capabilities of the Clear-Com Eclipse-PiCo and V-Series intercom solution, BAN-BAN TV has taken a significant step towards streamlining workflow and increasing productivity,” says Peter Giddings, Senior Vice President of Global Events, Clear-Com. “We are proud that our communication systems offer so many flexible, reliable and powerful capabilities to enable the staff to provide better event and news coverage.”

Eclipse-PiCo is ideal for the communication needs of small- to mid-size production environments such as OB vans, studios and sports facilities. It offers 36 panel/4-wire ports in a one-rack unit (1RU) chassis. The front user menu enables quick and easy changes to input/output levels, routes and configurations. The Eclipse-PiCo supports V-Series, I-Series, 4000 series, and ICS panels along with all IMF interface modules, including the AES coax and DIG-2 modules for external panels. The digital matrix system also easily integrates with other partyline, wireless and IP-based intercom systems.

About Clear-Com®
Clear-Com®, an HME company, is the global market leader in critical voice communications systems for professional productions. Since 1968, Clear-Com has developed and marketed a comprehensive range of analog, digital and IP-based wired and wireless intercom technologies for party-line and point-to-point communications. Recognized for our legacy of intercom innovations, production teams around the world have come to depend on Clear-Com for clear, reliable and scalable communication solutions.