Clay Paky on Stage at LiveKom014 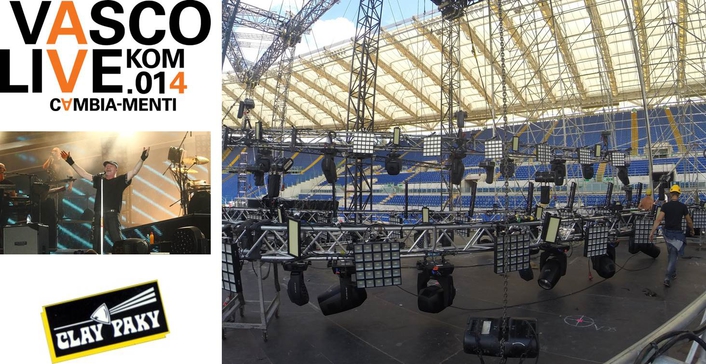 The show itself was truly fit for breaking records: an exceptional, extremely impressive production. Clay Paky's lights were a must for the stage. The new A.Leda B-EYE K20s stood out in particular among the "special lights" in the lighting design. There were thirty eight on stage and fifteen on the large external structure.

"In order to use these lights," Vasco's lighting designer Giovanni Pinna explained, "I got great support from Clay Paky, because we are not talking about traditional lights... we are talking about a new category of product. They can be used in several ways and are incredibly versatile. We very much wanted to use them, so I decided to do two days of training at the manufacturers with specialist Marco Zucchinali. This was essential because they are new lights you have to learn to understand and get know in order to use them to their best."

"To simplify the programming, we chose to work on 35 DMX channels instead of the 132 channels in extended mode. However we put some of the parameters together on the same channels in order to take advantage of the many possibilities offered. A few days before setting up the rig, I was able to install the latest software release, which allowed me to simplify the use of these devices greatly. Zucchinali himself came to Rome during the rigging and helped me a lot with the programming. We used thirty eight on stage and fifteen on the external structure." 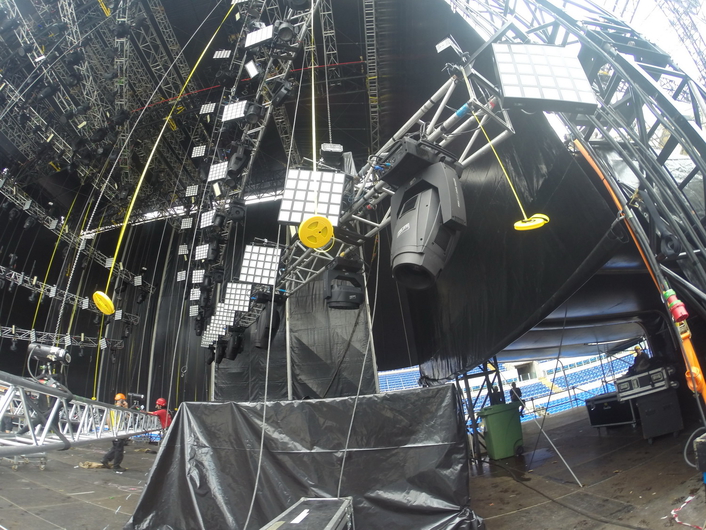 The A.Leda B-EYE K20s are LED wash moving heads, beam lights and spectacular visual effect generators all at the same time. Their unparalleled versatility makes them extremely interesting creative tools for all lighting designers. The B-EYEs are at least 20% brighter than any other LED wash lights with the same rated power, thanks to their special optical unit, designed and built by Clay Paky. The zoom ranges from 4° to 60° and is therefore suitable both for lighting rooms with low ceilings and for shows in arenas or large environments, where a tight zoom is very welcome, as in this case. 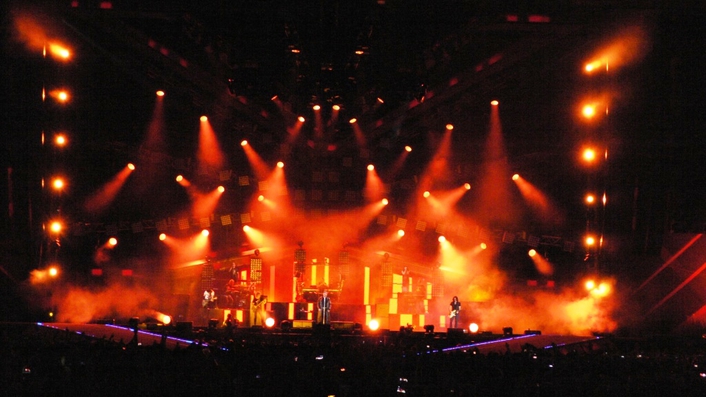 Giovanni Pinna also used fifty four Sharpys for the exterior, thirty six in the pods specially built and installed on the upper edge of the roof, and eighteen on the three Parasol star600 rigs moved by a Kynesys system. Besides the B-EYE K20s, there were forty eight Alpha Spot HPE 1500s on the stage structures. Lastly the lighting design also included twelve Alpha Wash 1500s and 24 Alpha Beam 1500s, which brought the total number of Clay Paky moving heads to 190.