Clay Paky Sharpys Are Allowed for the Girls 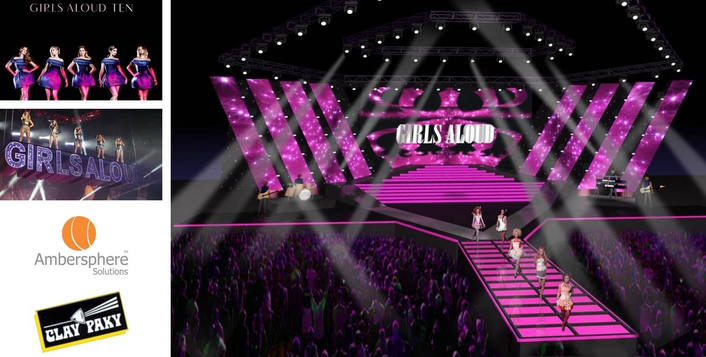 .
Peter Barnes really is one of those lighting designers who needs little introduction. Dubbed as ‘the UK’s guru of pop lighting’, Barnes has been lighting shows for nearly forty years; it is safe to say that he knows more than a thing or two about what works well on a stage.  Equally at home on the big event spectacular, the Saturday night TV talent show or the touring stage production, Barnes has an enviable reputation amongst his peers.

So how long has he been using the Clay Paky Sharpy? “It was the Capital Radio ‘Jingle Bell Ball’ in December 2011,” relates Barnes.  “Julian Lavender at Neg Earth asked me if I would like to use them so I opted to give them a try. My first impressions were extremely positive - they were both very bright and very reliable.   Both these attributes were vital ingredients on the job I’ve just recently completed.  I used twelve Sharpys outside the theatre as Hollywood search lights at the ‘Laureus Sports Awards’ in Rio.”  Basic requirements for a luminaire perhaps - but ones that don’t always necessarily go hand-in-hand.

Barnes’ most recent touring credit is the current Girls Aloud UK reunion tour.  As the designer of both the stage set and the lighting rig it comes as no great surprise that the one complements the other to the nth degree.  “When I designed the set for Girls Aloud, knowing that the Sharpy’s tight bright beam would make small work of cutting through the brightness of the LED screens gave me more freedom in how the finished set looked.  Those ‘laser like’ beams are friends to designers of live and TV shows alike.  Their intensity means that you need less smoke on stage to keep the beams visible to the audience; for TV especially this means a lot less smoke is required - always a help as too much smoke makes the camera pictures become soft and milky.”

The versatility of the Sharpy is just one of the reasons Barnes considers it an intelligent choice when designing a touring rig that fits both venue and budget simultaneously.  “On the Girls Aloud stage I wanted to mount the lights directly on to the LED screen to avoid adding another 6 trusses and a bunch of motors to lift them - along with all the associated extra work! As the Sharpys are so light I was able to mount them directly on the existing frames for the LED screen; not a solution I could have used with most other fixtures on the market.” 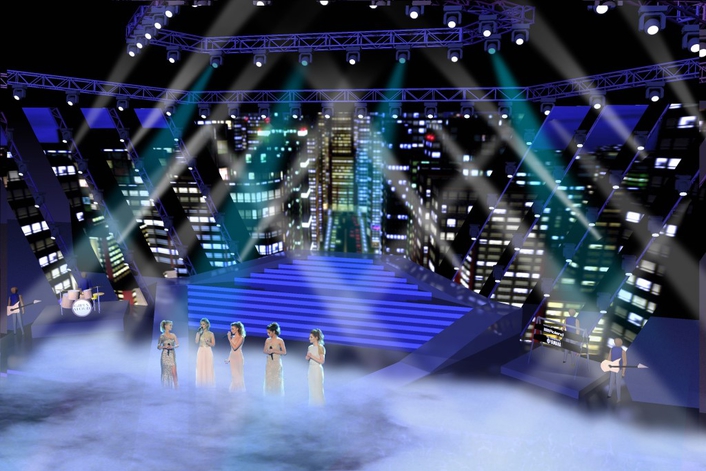 Clay Paky distributor Ambersphere Solutions recently visited the Girls Aloud rehearsals to give Barnes a chance to take a look at the new Sharpy Wash 330.  Designed to complement the Sharpy, its low consumption, low weight and comparable versatility appear to have caught Barnes’ eye. “It was great for Ambersphere to give me the opportunity to look at these.  On first impressions I can’t wait to see how they compare to other wash lights on the market.  I’m really looking forward to trying them out in a live situation.”

The Girls Aloud UK Arena Tour visited nine of the premier arena venues in the UK, beginning at the Newcastle Metro, taking in Sheffield, Birmingham, London’s O2, Manchester, Glasgow, Nottingham and ending in Liverpool at the end of March.