.
Fleetwood Mac is back on the road and Clay Paky Sharpy Wash 330 fixtures have joined the iconic band on the Fleetwood Mac Live 2013 World Tour.

The new tour, which began in Columbus on April 4 and will wrap in Scandinavia in October, marks the first for the band since 2009’s sold-out Unleashed tour.  This year is also the 35th anniversary of their “Rumours” album, one of the most successful in recording history with sales in excess of 40 million copies.  It remained on top of the pop charts for more than 31 weeks and produced four Top Ten singles. 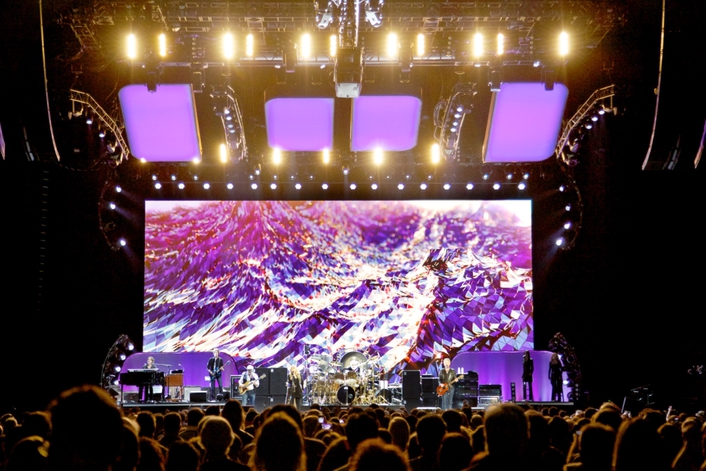 Lighting designer Paul “Arlo” Guthrie of Minneapolis-based Toss Film + Design is Fleetwood Mac’s long-time lighting designer.  “I have to cater to four different personalities (Mick Fleetwood, John McVie, Lindsey Buckingham and Stevie Nicks) and bring them together as one team,” he explains.  “For this show we have four big LCD panels and 32 Sharpy Washes on curved lighting pipes, some of them on the floor, some on the rigs and some in pods that come out.  They hang on weird angles and move during the show – some are on 45, 90 and 120º angles.  They’re well featured – the main workhorse washlight of the rig.”

Clay Paky’s Sharpy Wash 330 is a compact, lightweight 330W washlight, with the luminous efficiency, graphic and optical performance of a 1000W fixture. It is extremely silent and quick and is fitted with a complete CMY color system, special colors, 6.5°-48° zoom, mechanical dimmer, beam shaping filter and motorized top-hat.  It is an eco-friendly light, allowing considerable running and consumption cost savings.

Guthrie says that he “tried to design a rig that moves and has dynamic elements so I can change the look of the show.  I chose the Sharpy Washes because I needed something small and bright.  I was curious to see if I could use them as a beam effect without any haze – the band doesn’t like to work in haze.” 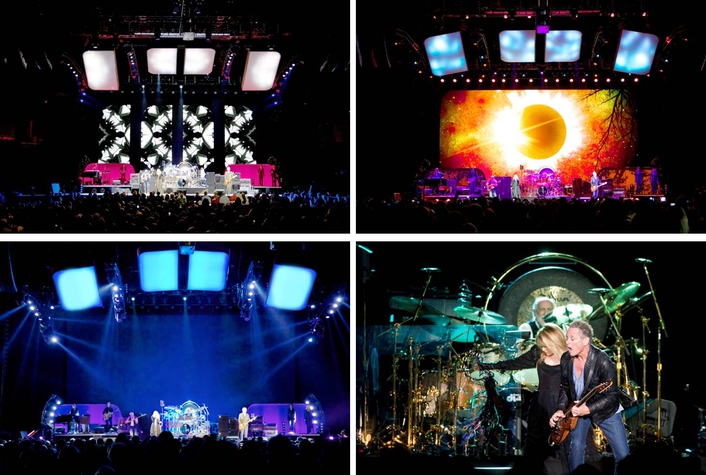 He discovered that “the beam reads really well in just the atmosphere.  With their great wash capability they’re equally good as a tuning light that adds to the theatricality of the show.”

According to Guthrie the Sharpy washes are “working great – exactly as promised.  They’re just fantastic.  I think I’ll keep them!  George Masek at A.C.T Lighting was awesome with his support.”

George Masek, A.C.T Lighting’s Vice President, Automated Lighting, adds, "I always enjoy providing Arlo with new equipment choices, as his designs are always creative and interesting.  The small size and large output of the Sharpy Wash fits perfectly into what he was trying to do and he’s always been a brave early adopter and embraces taking new technology on the road! It’s an honor to be associated with Fleetwood Mac and we're very proud that their show represents the touring debut of the Sharpy Wash 330 in the US."

Francesco Romagnoli, Clay Paky Area Manager for North and Latin America, adds, “Our new Sharpy Wash units have been embraced by a lot of important lighting designers on this season’s major tours.  Arlo and Fleetwood Mac are among the most distinguished and we’re proud to support them.” 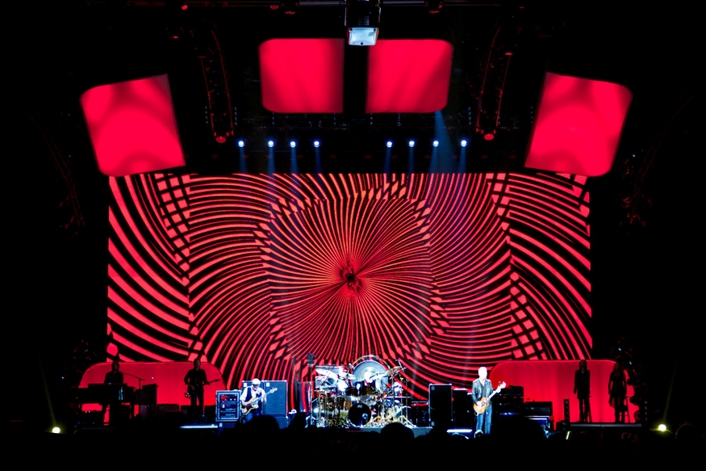