Clay Paky Mythos Delivers Vibrant Versatility for You Me At Six 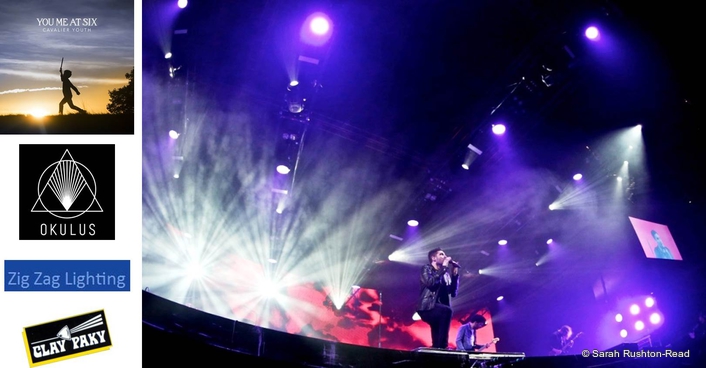 .
Brit rockers You Me At Six have stormed through the UK this month on their first ever arena tour. Lighting designer Louis Oliver of Okulus chose an array of Clay Paky’s newest product, the award-winning Mythos, for his vibrant show design.

Co-headlining with pop punk foursome All Time Low, the band played such arenas as Cardiff Motorpoint Arena and London’s O2. For this run of major shows, Oliver used his design for the band’s Cavalier Youth touring campaign. However, he scaled it up with more dramatic looks, using 27 of the super powerful Mythos supplied by Zig Zag Lighting.

“For the arena tour, we just made everything bigger and grander,” says Oliver. “The video screen behind them has expanded so when we started looking at the fixture choices for the run we had to keep this in mind. Having fixtures that could not only complement the content but cut through it were a must, and the Mythos exceeded expectations here.”

The video content was commissioned by Okulus and designed by Pablo Beckett of Bryte Design. As You Me At Six’s large fan base is used to seeing the band in theatres, Oliver made sure to keep the lighting still relatively intimate. He therefore rigged the fixtures low and kept the design slick and simple.

“I was using the Mythos for its multi-functionality and crisp clear gobos. At some points it would be a beam unit and others a crisp clear spot. It has fantastic colour mixing and output,” continues Oliver. “For the unit’s size, it’s packed with really great features and we are looking forward to having them out on other shows this year.”

The Clay Paky Mythos is a highly advanced form of hybrid light. It is both an excellent 470 watt-lamp spotlight, which produces an outstanding large beam and features a zoom that ranges from 4° to 50°, and a beam light which remains parallel for its entire length even at great distances. It also boasts a completely redesigned visual effects disc and CMY colour mixing with gradually fading colour wheels. 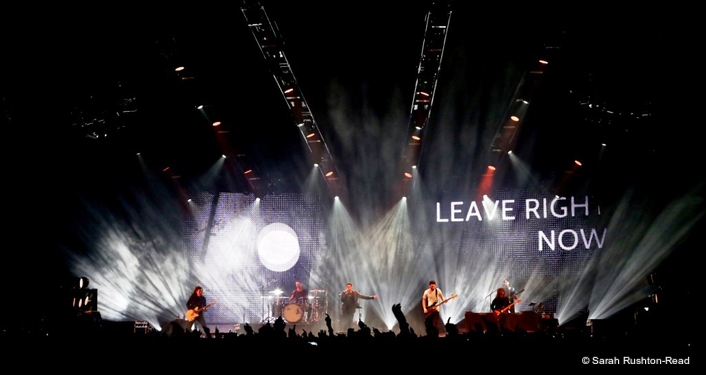 Oliver has worked with the band for seven years and watched them evolve to where they are now, with a number 1 album and major tour under their belts.

“The guys don’t have much input with the lighting design, they trust me and let me run with it which is great,” says Oliver. “Everyone is really happy with how it turned out.”

You Me At Six are set to play several exciting festival dates this summer, including Isle of Wight and Slam Dunk.

Ambersphere Solutions is the Clay Paky distributor for United Kingdom.

You Me At Six
Okulus
Zig Zag Lighting
Clay Paky