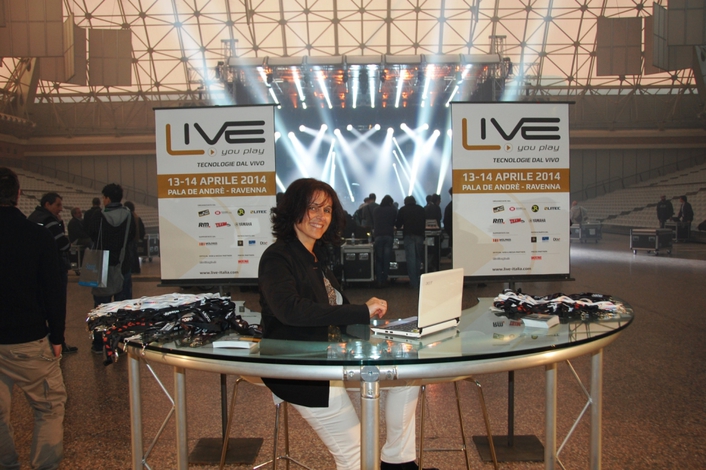 .
After years without shows and fairs devoted to the business, the Italian world of show technology can finally count on an event that brings together some of the most important international companies in the industry. Several of the top Italian companies in the fields of lighting, sound, video and rigging were at Live 2014, which took place at the Pala de André in Ravenna on 13 and 14 April. Among these, Clay Paky is definitely one of the most representative Italian brands in the world. It is the Italian company that has been setting the benchmark for show lighting technology for nearly forty years.

Live has a special format that distinguishes it from all other international events. The companies showcase their technology in the most direct way possible: live on stage. Visitors have the chance to see and try out the technology on a real stage, with performing artists. The equipment itself is available to visitors for custom demos, where they can see, hear and immediately assess the effect you would get on similar stages. 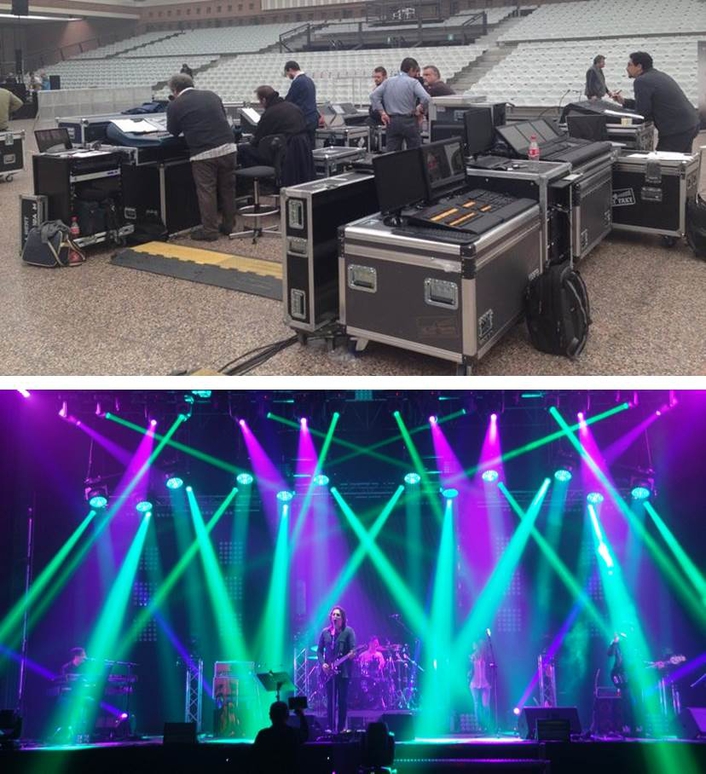 "LIVE 2014 saw twice as many visitors as last year. This is an indisputable sign of the growing interest in this event, where visitors may investigate the technology outside the classic stressful fair environment," said Paolo Dozzo, Clay Paky's Italian Sales Manager.

"Clay Paky presented its entire B-EYE light range, which recently won awards at the three most important international events: Plasa, LDI and ProLight+Sound. These LED moving heads received great interest from visitors, and I was able to negotiate sales during the event itself."

Clay Paky also presented the SuperSharpy, its powerful beam moving light with 470 W discharge lamp. It has a light output comparable to that of the most powerful thousands-of-watt searchlights.
The Stormy surprised everyone owing to the quality and power of its strobe effect. It blends the appeal of a classic strobe with the efficiency of a LED light. 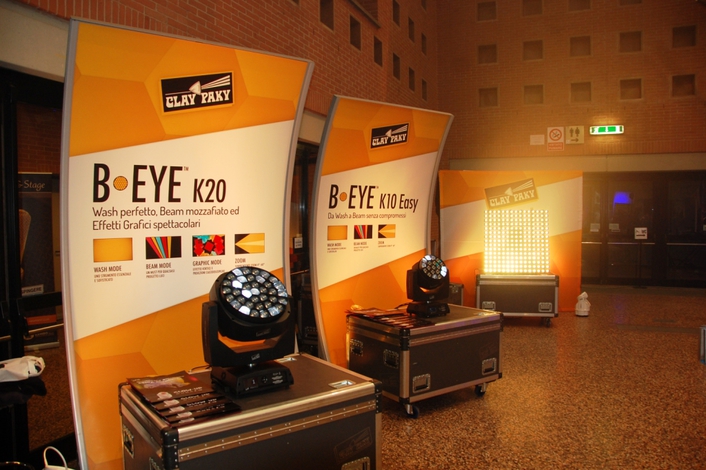 Clay Paky is sole distributor in Italy of Chromlech's Jarag and Elidy. The Elidy is the first LED luminaire in the world capable of projecting volumetric graphics. It combines high performance warm white LEDs with custom optical units to generate very narrow beams with far greater intensity than LED screens.

It was possible to see all these lights "live" during the wonderful demo show put together by Clay Paky's lighting designer, Marco Zucchinali.

Davide Barbetta, Clay Paky’s Marketing Production Manager and event co-organizer, said: "This year LIVE was given a very precise 'corporate identity' by creating a logo, launching a website and  promoting it via the industry media. Clay Paky believes in this event because it is a clever format that does not require a large investment and gives professionals what they most want, namely to see the technology used 'live'."

Gianni Fantini, managing director of Joint Rent and "inventor" of the format, concluded by saying: "There are no longer any events in Italy that allow companies and professionals who work in the entertainment industry to meet. Past attempts - some of them very interesting - came to naught or never got going. That is why I wanted to create a meeting place. At first I did not set myself any ambitious goals, but when I saw the positive feedback, I realized there was room for growth. Today we are here with some of the leading companies in the industry."

Ziogiorgio.it, official web and media partner, provided the event with promotion and communication support. The staff was also present on site to collect and pass on opinions, comments and interviews with organizers and professionals through their online channels. In addition Backstage magazine made its know-how and high level technical expertise available to ensure further important support to the event. LIVE 2014 was sponsored by major trade associations: ARILD (the Italian Association of Lighting Designers), ANS (Italian National Event Service Association) and DOC Servizi (the Italian Professional Performing Arts Cooperative).