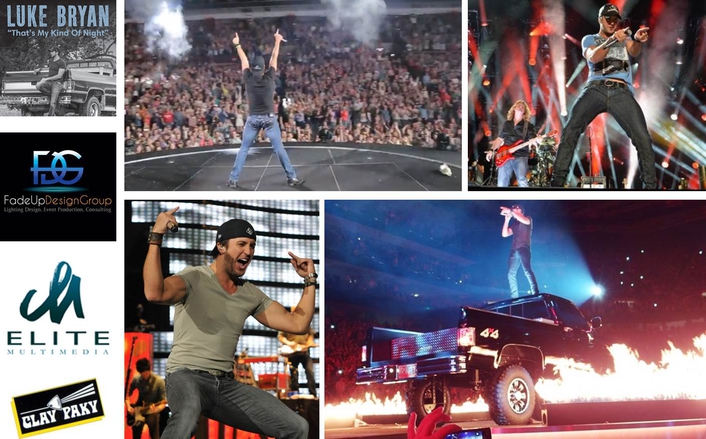 .
Luke Bryan has rolled out his That’s My Kind of Night Tour, and Elite Multimedia Productions in Nashville is providing Clay Paky A.LEDA, Sharpy and Sharpy Wash lighting fixtures as Bryan once again takes to the road.  The popular country artist’s new tour is named after his latest single, which has catapulted to # 1 in the country charts.

“We just concluded the Dirt Road Diaries Tour with Luke; his new tour is running from January 2014 to the end of October,” says Tom Wilson, vice president of event productions at Elite Multimedia Productions.  “For this tour they’ve doubled the number of Sharpys and added Sharpy Washes.  They’ve been really thrilled with the Clay Paky fixtures, which have been very durable with a really low failure rate.  In 10 months on the road, there have been almost no failures.  The only light we lost was due to a guitar player accidentally kicking it into the audience!” 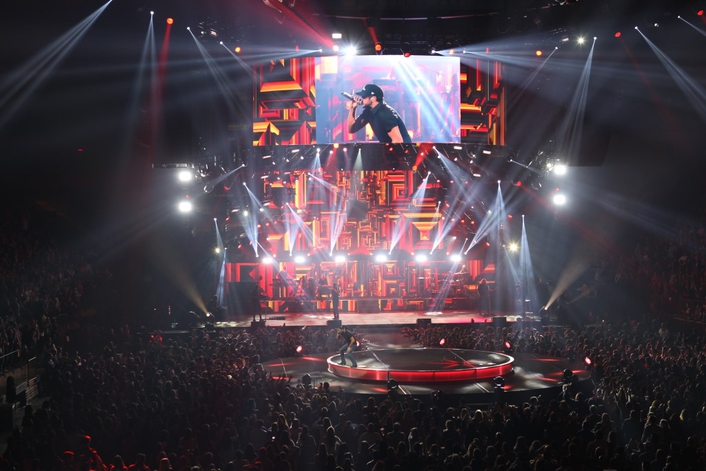 Lighting designer Justin Kitchenman of Fade Up Design Group points out that Bryan “wants all of his productions to be big, ambitious and with lots of bells and whistles.  When someone walks into this show they’re walking into a party.”

Bryan is at the center of the action figuratively and literally.  “We designed a 42-foot wide circle stage that sits at the end of the thrust giving the entire audience a 360º view of Luke for the majority of the show,” says Kitchenman.  “Having a lighting rig that can light the entire room and have lots of punch was essential.” 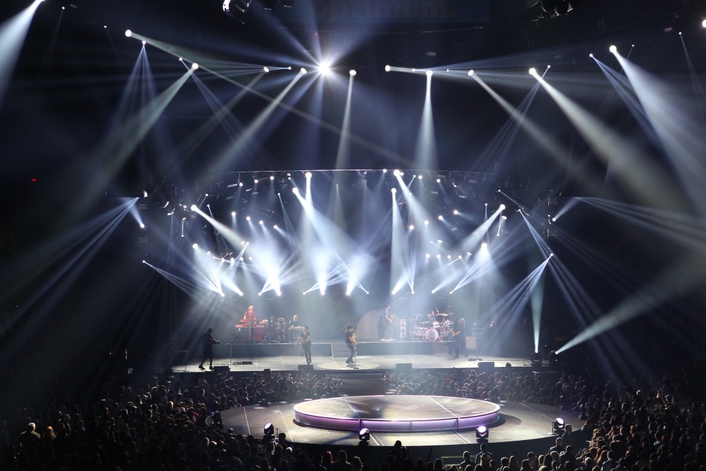 Kitchenman was challenged to keep the sight lines clean and offer the entire audience “the full concert experience.  We don’t want the people off to the sides or way up top to ever feel like they are missing out on elements of the show.”

Kitchenman’s Clay Paky complement consists of 46 Sharpy Beams, 20 Sharpy Washes and 12 A.LEDA Wash K10 and 32 A.LEDA Wash K5 LEDs, which are positioned “all over” forming “the teeth of this lighting rig,” he says.

“I chose Clay Paky based on the reputation of the manufacturer as well as the unparalleled support provided by A.C.T Lighting,” Kitchenman reports.  “After a full year of touring with the same type of fixtures last year, there was very little down time.  I’ve found all of the Clay Paky fixtures to be extremely rugged and reliable.  There wasn’t a single reason why I should have been looking for alternatives this year.” 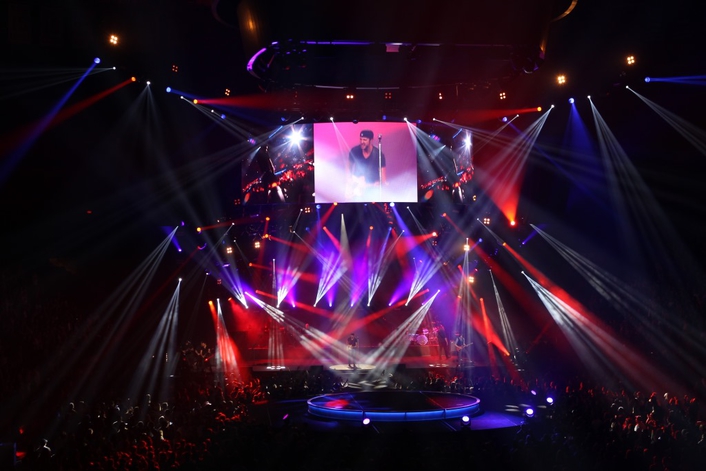 “We use the low fogger to create a bit more of a dramatic scene during one of Luke’s new songs,” he says, “and the hazers just ensure that we have plenty of haze in the air for all of those Sharpys!”

Having come full circle to the Sharpys, Elite’s Wilson chimes in that the “Clay Paky fixtures are great performing lights that hold up well” during tours.  “As a company owner, that’s a big one for me.”

Francesco Romagnoli, Clay Paky Area Manager for North and Latin America, commented, “It’s great to see so many of our lights on this tour.  Elite has been a huge supporter of ours and Justin has been a great collaborator.  I look forward to the success of this tour.”