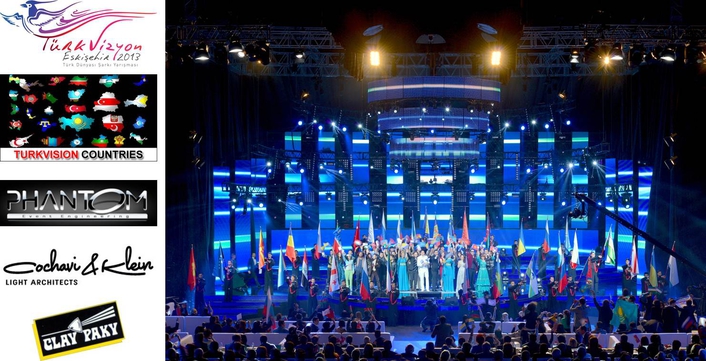 .
The power of over 200 Clay Paky fixtures was employed to light the first-ever Turkvision Song Contest 2013 in an impressive lighting display that has been dubbed the ‘temple of light’.

“We had to use light as a structure,” explains Klein, “The show is a multi-national televised event and we wanted to find an abstract way to symbolise togetherness so we created the on-stage ‘temple of light’.” 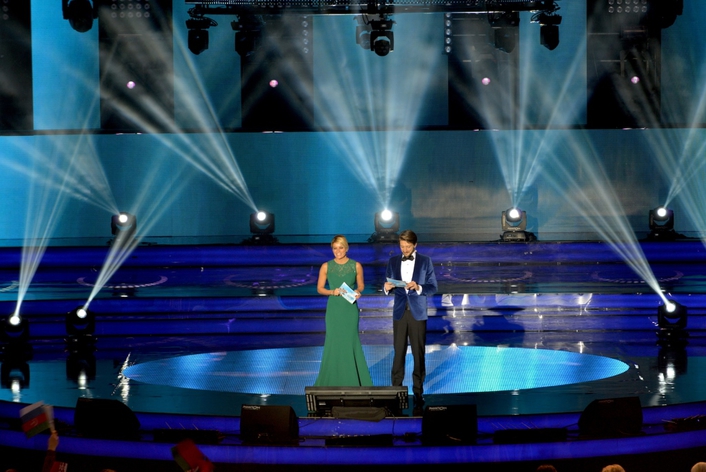 “To provide general audience washes and crisp front light we used the Alpha Wash 1500s which have great CTO and along with the Sharpys, which cut through the light of the LED screens without a problem,” continues Klein. “We then used the Alpha Spot HPE 1200s to add depth and soft looks across the back of the stage using a selection of gobos.”

The Clay Paky fixtures worked alongside a series of 15 x 7mm LED pillars, also provided by Phantom, that made up the back-wall of the stage and displayed the shows various graphic content.  Creating an onstage chandelier effect was a central hang of three LED concentric circle screens in which were hung the 36 x A.Leda Wash K10s chosen for their small size, speed and vibrant wash colour.

“The Clay Paky fixtures provided us with an even pallet of colours,” explains Klein, “We only had two days to design 24 songs so colour schemes were a key factor in the design.”

To create various focal points and aerial compositions Klein specified the renowned bright beam of the Clay Paky Sharpy, “I love the dot gobos on the Sharpy and it’s in built prism,” says Klein. “It means that the fixture can produce intense, laser looks that transform into softer, dreamier states, it is a great fixture for providing contrast. 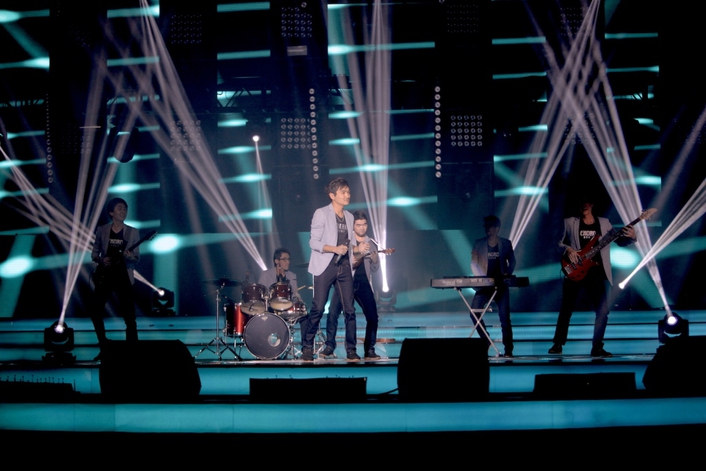 “At Phantom we love the colours we can get from Clay Paky fixtures. We have provided primary and soft looks for the Turkvision 2013 show thanks to the CMY and CTO on the Alpha Wash 1500. As for the Clay Paky Sharpy - the fixture has quite simply changed the entertainment industry forever.”

The Turkvision Song Contest 2013 is the first of a future run of annual televised shows celebrating talent from the 24 Turkic areas worldwide. The shows final was held on the 21st December 2013 in the capital of Turkeys North-Easter province Eskisehir.