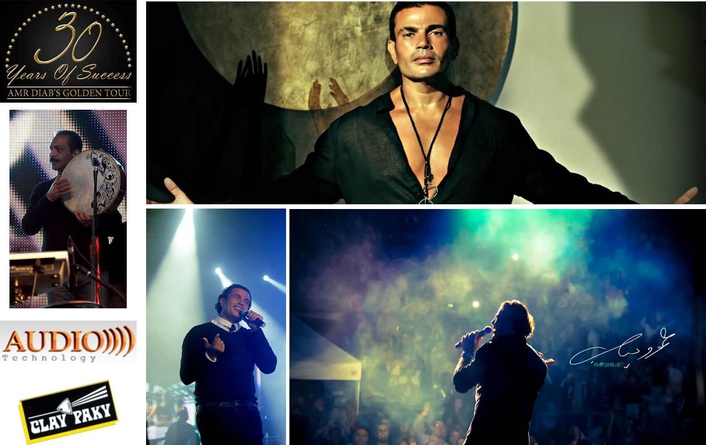 “My entire rig comprised Clay Paky fixtures,” says El Hariry, “The Sharpys performed brilliantly. The strong beam they deliver give a really contemporary feel to the show. Also, by playing around with the prism, we created a variety of very distinctive looks for Amr.”

Clay Paky distributor for Egypt, Cairo-based Audio Technology, which is well respected for its service and product knowledge in the Egyptian market, supplied the Sharpys. Audio Technology Managing director, Emad Adly comments: “At just 189W the Sharpy delivers an output that we would usually associated with far greater wattages. Lightweight, at a mere 16kg, it features an impressive laser-like beam with a super bright output of 5,100 footcandles at 65 feet! The interchangeable colour wheel with 14 fixed colours and interchangeable gobo wheel with 17 fixed gobos gave Walid El Hariry the tools he needed to create a vast array of spectacular mid-air effects very quickly and in all axis’” 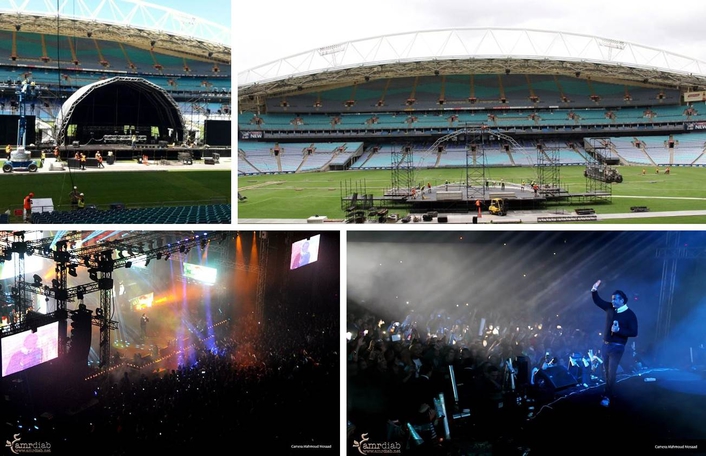 Massimo Bolandrina, Clay Paky Sales Manager for Egypt, says: “ We are extremely glad and proud of working with Walid El Hariry, and having our fixtures  in such an important show for  live music in Egypt. The outcome has been really beautiful!! A big thanks goes also to Audio Technology for his precious cooperation”.

Amr Diab sang at the Cairo Stadium for two hours as part of a celebration for an online marketing company called 'Faith Egypt'. The celebration started at 2pm and continued till 11pm, where Amr sang 25 of his greatest hits.